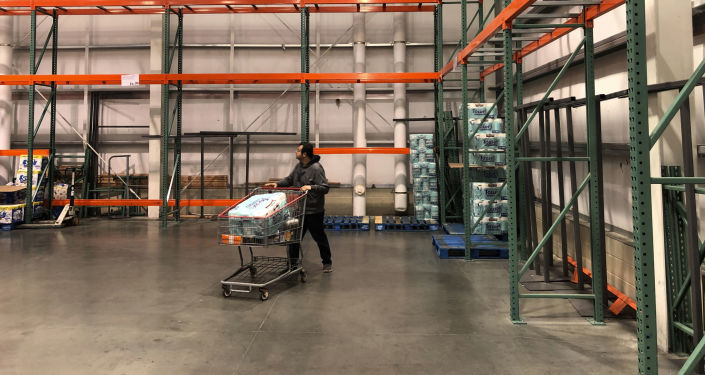 Toilet paper has become something of a precious commodity in the wake of the coronavirus pandemic, almost a currency in its own right. Scientists say this is a reaction to long-term quarantine rules, as the wipe stockpiles are thought by some behaviourists to give people a sense of control over their surroundings.
The shortage of transport containers may result in a toilet paper deficit, Bloomberg reported on Wednesday, citing Walter Schalka, CEO for Suzano SA, the biggest supplier of raw materials for bath tissue.

The company that produces wood pulp and transports it on freighters known as break bulk said that a global shortage of maritime tankers that started some months ago was caused by significant demand for a certain type of steel-ribbed containers made in China.

Schalka expressed concern that transition disruptions may continue through April while the company faces a serious risk of less export. He added that this would be another challenge as the global pandemic sparked an unprecedented bath tissue demand throughout the world.

The global spike in demand for the containers was triggered by China some months ago due to a significant increase in online trade, The Daily Mail reported. Beijing, considered a world export leader, benefited from easing coronavirus restrictions earlier than other countries.

This situation was compounded as container manufactures limited production, expecting a coronavirus-related decline in global trade, according to Simon MacAdam, a senior global economist at Capital Economics, cited by the Daily Mail.

MacAdam noted that container charts, to date, have increased in price by 250 percent since January 2020, and he predicts a further increase. The slowdown in the global transport system have impacted supplies of other goods, including coffee and cheese.

Amid the global pandemic, many countries have experienced a surge in demand for basic necessities, including hygiene products, disinfectants and toilet paper. Grocery shelves were earlier emptied by frightened customers who caused panic and scuffles.
#Coronavirus
Add Comment