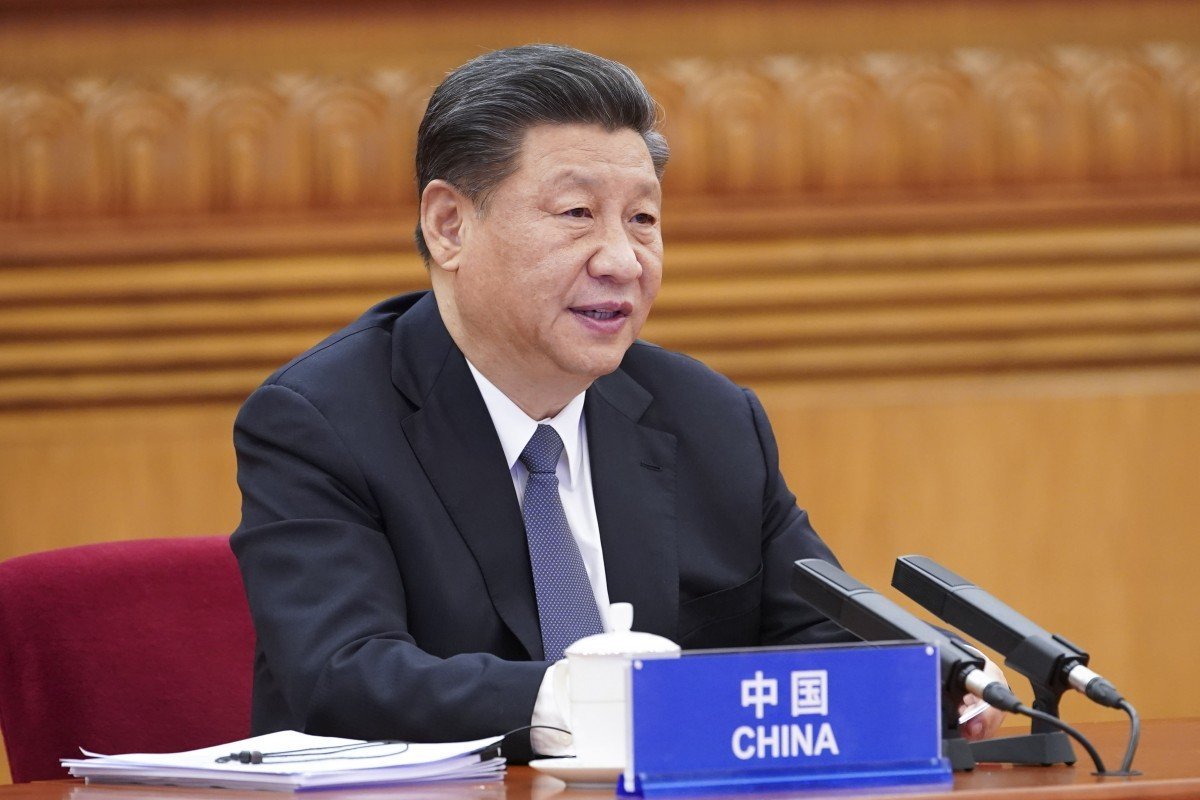 Chinese president pushes for unity and solidarity in videoconference with other Group of 20 leaders at emergency ‘virtual’ summit. Trump and Xi will speak on a call that the US leader says he expects to be a ‘good conversation’

Chinese President Xi Jinping has called for “stronger international cooperation on all fronts” to fight the Covid-19 pandemic as well as urgent action to stop a global economic recession, in his first major speech to an international audience since the start of the public health crisis.

Speaking in a videoconference with other Group of 20 leaders on Thursday, Xi urged unity and solidarity and delivered three main messages: strengthen international efforts to stop the virus; shore up the economy amid downward trends; and subtly call on the US to stop its hostile moves against China.

As nearly half a million people have been infected with the virus, Xi called for joint research and development of drugs and vaccines. There are currently no cures or preventive medication for the virus.

“At the most difficult moments for China, many members of the international community provided China with sincere help and support. We would remember and value this friendship forever,” Xi said.

“We must comprehensively step up international cooperation and foster greater synergy so that humanity as one could win the battle against such a major infectious disease.”

The Chinese leader also called for stronger economic measures to “help prevent world economy from entering recession”.
“Powerful and effective financial and fiscal policies should be implemented,” Xi said, calling for action to stabilise supply chains that have been severely disrupted for three months.

In a veiled swipe at US President Donald Trump’s repeated references to Covid-19 as “the Chinese virus”, Xi told the G20 leaders, of which Trump was one: “The virus knows no boundaries, and the pandemic is our common enemy. All countries must join hands and put up the strictest network for joint prevention and joint control [of the disease].”

In a joint statement released following the meeting, the 20 countries pledged to “spare no effort, both individually and collectively” to: protect lives; safeguard people’s livelihoods; protect financial stability and revive growth; minimise disruption to trade; provide help to all countries in need; and coordinate on public health measures.

The pandemic was a “powerful reminder” of the countries’ interconnectedness and vulnerabilities, and required “a transparent, robust, coordinated, large-scale and science-based global response in the spirit of solidarity,” the statement said.

Speaking effusively about the teleconference during a White House briefing later on Thursday, Trump called it a “terrific meeting” and said there was “tremendous spirit” among all the countries represented.

In a departure from previous comments in which he has accused Beijing of covering up the outbreak and costing the rest of the world valuable time, Trump said that all the nations represented had been sharing information and data “to a large extent.”

But minutes later, Trump appeared to cast doubt on the veracity of China’s data, following a question about analysis by the ﻿New York Times’ today indicating that the US has now surpassed the country in terms of total number of cases.

“You don’t know what the numbers are in China – China tells you numbers,” he said, before claiming the development was a “tribute” to the ramping up of testing in the US.

Trump said he was scheduled to have a phone call later on Thursday with Xi, adding that he expected it to be a “good conversation”.

In his speech earlier in the day, Xi had also indirectly referred to the US’ refusal to remove tariffs against Chinese goods as a result of Trump’s trade war, and promised to further relax restrictions on market access for foreign businesses – the subject of US and European complaints for years.