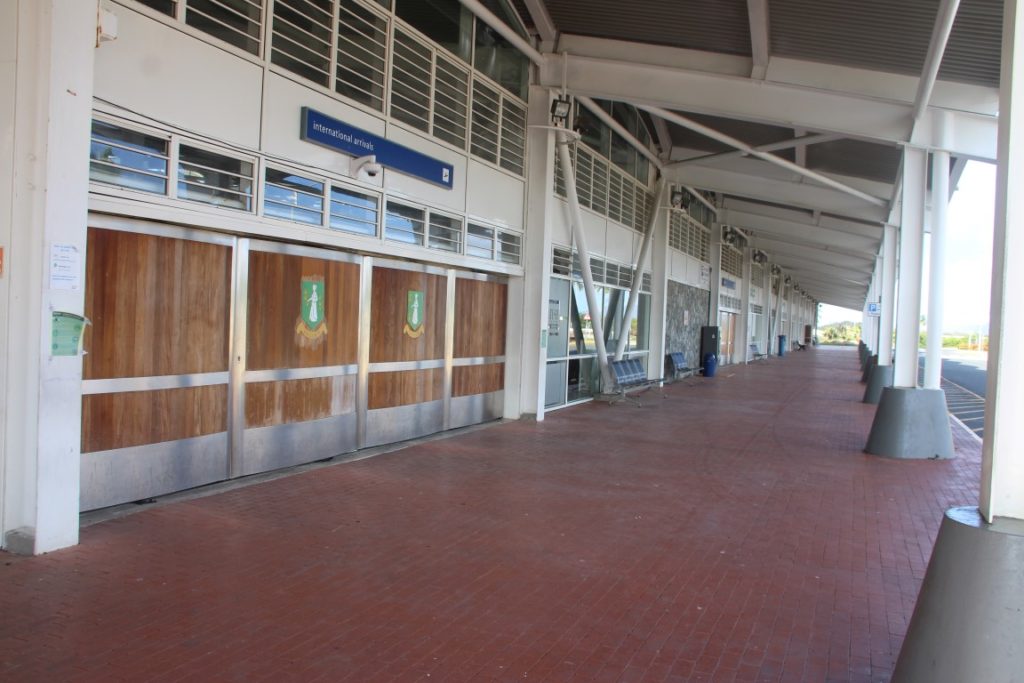 Premier Andrew Fahie has said the government is hoping to release the list of safety protocols that will govern air travel no later than next Thursday.
Recently, Premier Fahie announced that the airport would be the first to reopen on December 1; describing the Beef Island-based port as a controlled environment perfect for testing safety protocols that can be used at other ports.

Speaking in an exclusive interview with ZBVI Radio on October 15, the Premier was asked how soon people would have the safety protocols to assist them in preparing for travel to the BVI.

“For sure no later than next week Thursday, in terms of the airport and then after that we’ll be working on the [sea]ports. Because we have a lot of things to put in place for the airport and then we have to look at the best fit for the seaports,” Premier Fahie explained.

He added that the cabinet is now working to approve the set of protocols for the T.B Lettsome airport. After that, they’ll have further consultations with marine stakeholders to agree on best practices for travel

“We already have draft protocol for the sea also in terms of the marine but at the same time we want to make sure that we speak with the stakeholders in the marine section a little more so that they can understand why we cannot compromise the health of the people,” Premier Fahie explained.

Despite public criticism, the government has stood by its commitment to keep the BVI’s borders closed until December 1. Premier Fahie has said this will give the government time to put proper safety protocols in place for persons entering the territory.

The BVI’s COVID-19 safety protocols are being developed through consultations with various stakeholders and from taking best practices from other countries around the world.
#COVID-19  #Covid  #Fahie
Add Comment