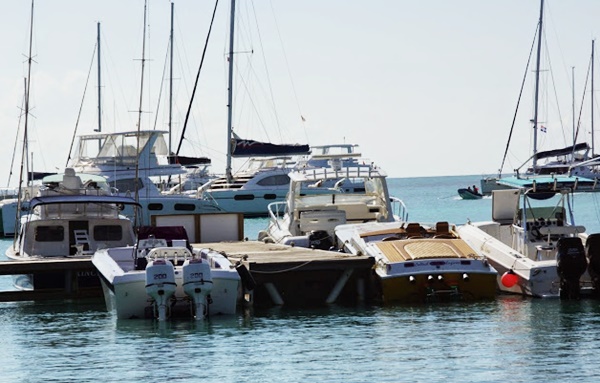 A Facebook discussion among yacht cruisers who frequent the Eastern Caribbean has given insight into the damage that is being done to the territory’s status as a premier sailing destination.

A local business owner who operates a marina in the territory invoked the discussion among sailors by asking sailors to describe how they were feeling about the BVI amid the onset of the COVID-19 pandemic.

The discussion pulled more than 100 comments and revealed that the BVI’s COVID-19 regulations aren’t the only thing deterring sailors. A reportedly negative attitude from Customs and Immigration officials, as well as the continued closure of seaports, were among the top issues deterring sailors.

Additionally, some sailors said they feel the government is anti-sailing while others said they decided to turn their backs on the BVI in December 2020 when four US citizens were detained and charged after their boat ‘accidentally’ entered the BVI’s closed territorial waters.

“We will skip BVI. There is a zero chance we are putting a tracking app on our phones or wearing a tracking bracelet,” one person confessed.

“Too many horror stories”

“We love the BVI and I think once (if) things open up again people will flock back. That being said, the ‘word on the street’ is cruisers, charters and day-boats aren’t wanted. We can all appreciate the protections the BVI took. But constantly telling people the country will open and then changing the date feeds the mantra of BVI not wanting all the boat traffic. They have been closed since March—plenty of time to assemble and execute a plan of reopening…where is it?” a comment read.

“If anybody asks me about cruising the Caribbean, I say, ‘avoid the BVI’ … From the stories I’ve heard about the expenses being high, the authorities being finicky, and the cruisers that got detained/fined, we don’t feel we’re missing anything good/unique by skipping the BVI,” another sailor said.

“Too many horror stories coming out of the BVI. You are your own worst enemy. We will never return there. I think a lot of cruisers feel the same way,” another commented.

“We have been waiting in St Martin for BVI to open it’s borders to yachts. I understand that borders were scheduled to open 1st March but delayed once again until 15th April. We have given up waiting and are starting to move south — Antigua, SVG, Grenada; all open and welcoming.”

The company started offering to transfer privately-owned vessels from the neighbouring US Virgin Islands (USVI) into the BVI, free of cost.

After the boat is transferred, the owner or crew members would then have to fly to the BVI to collect the vessel and sail the BVI waters.

However, many of the sailors who joined the recent Facebook discussion said this option doesn’t ‘float their boat’ as the option is inconvenient and expensive.

“… These are cruisers. They live on budgets. You’re asking someone to bring in their boat and then fly in at an added cost. In the meantime, they have to stay in a hotel, all to go forgo your system of check-in. That is rude and expensive. Gather your marina owners, run your numbers and bring it to your Minister of Tourism and see if they can maybe give some cotillion classes for government officials. That would be nice; real nice if they could actually promote cruisers instead of making everything an issue,” a cruiser said.

“Cruising sailors go from the south to the BVI to cruise it — not sit in a marina. They can sit in a marina in the south right through hurricane season. So can’t see that initiative drawing the crowds this season. The biggest complaint we hear is of the bureaucracy — fines for straying into waters when passing. That has scared off a lot of folks. It’s gov you need to talk to,” the discussion continued.

The reopening of the BVI’s marine borders to international traffic is now scheduled for April 15 after being pushed back for the third time.

Locals continue to complain that the extended border closure and strict COVID-19 regulations are causing irreparable damage to the BVI’s reputation.

Chairman of the BVI Marine Association, Andrew Ball recently confirmed that multiple local charter companies have sailed their boats to “bluer waters” in a bid to stop financial haemorrhaging.