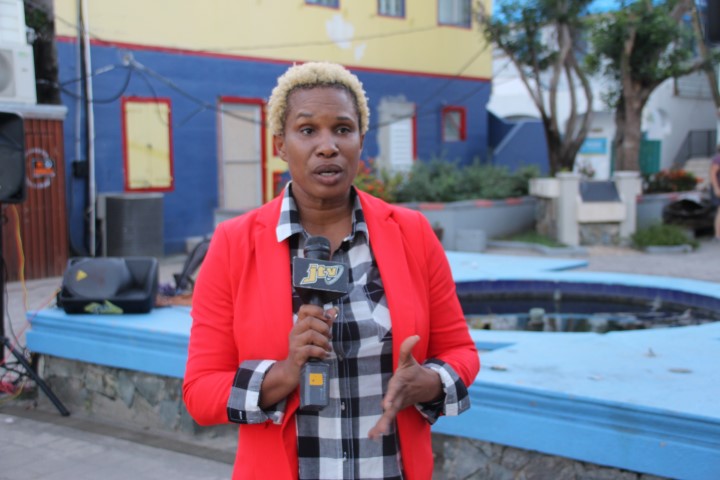 Outspoken political critic and host of the Cut Deep talkshow Cindy Rosan-Jones has fired back at the Andrew-Fahie-led administration amid yesterday’s announcement of an upcoming Commission of Inquiry (COI) to investigate alleged political corruption in the BVI.
Back in December, it was alleged that Rosan-Jones’ criticism of the government led the Fahie-administration to make her position at the BVI Tourist Board redundant.

In a Facebook post, Rosan-Jones said the Fahie-administration will come to an end, adding that the upcoming COI is payback for the government’s decision to take her job.

“Andrew A. Fahie, I have told your administration and many cronies on several occasions that when you come for my job, your administration will come to an end. It is truly disappointing to see where your embattled administration has brought the BVI and the shame you have exposed us to. You were given an opportunity to right this ship but you’ve proven your ineptitude,” Rosan-Jones said.

Amid recent reports that his office has received a litany of complaints regarding lack of transparency in government, Governor Jaspert rocked the territory on Monday, January 18, with his decision to issue a COI to investigate political corruption in the BVI.

News of the inquiry has been broadcast by major news outlets including The BBC, The Guardian, Yahoo News as well as many regional news sites.
#CoI  #Commission of Inquiry  #Andrew A. Fahie  #Fahie  #Facebook
Add Comment