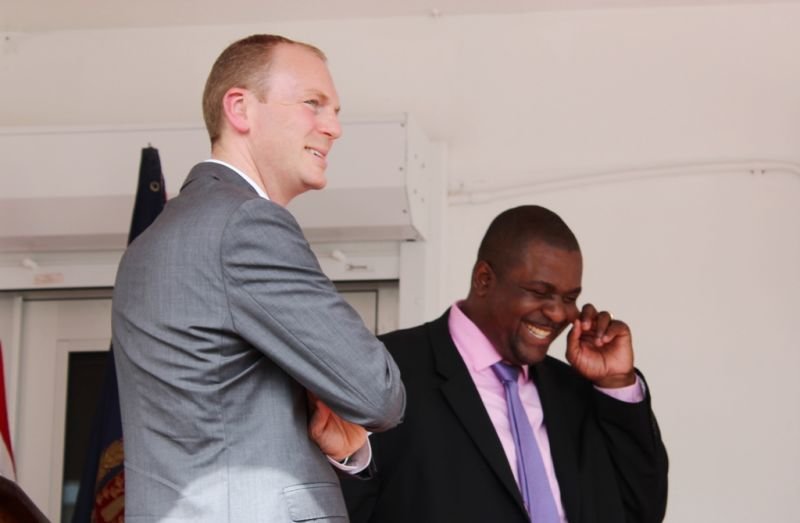 After Governor Augustus J. U. Jaspert told the public that the Virgin Islands Government had declined the United Kingdom’s offer to send its Royal Navy to help with border security, there have been strong criticisms of the government from certain sections of the public and some have speculated and circulated that the Premier is in a fight with the Governor.

This was also compounded when Governor Jaspert stated on August 25, 2020, that Cabinet had “debated long and hard on how to avoid a full lockdown, whilst ensuring the safety and protection of the people”, as even while Cabinet was in session WhatsApp messages were circulating that the Government and Governor were in disagreement over the duration of the most recent lockdown.

Further, Opposition Members have also sought to score political points over the rumours.

According to Premier and Minister of Finance, Honourable Andrew A. Fahie, in a statement entitled ‘Setting the Record Straight’ today, August 27, 2020, rumours of a fight between the Premier and the Governor have very serious and dangerous implications for the VI society, “and this is why I am disappointed to see that persons who know better are engaging in these activities with the narrow objective of trying to make life difficult for your Government, and by extension you the people especially during this COVID-19 era while we are trying to keep our focus on the needs of the people and keeping us all safe.

Premier Fahie said while persons will have different views it should not be taken to mean they are in a fight.

“I wish to make it abundantly clear that your Premier is not in any fight with the Governor or the United Kingdom or anyone.

According to Premier Andrew A. Fahie (R1), during these difficult times, persons should focus on the areas that unite and avoid trying to play on the vulnerability of the people of the Virgin Islands for political and other gains

‘I bear no animosity’

Premier Fahie said he continues to be guided by his Oath of Office and the Constitution to make the decisions that are in the best interest of the wellbeing and aspirations of the people of the Virgin Islands.

“I bear no animosity to anyone, personally or professionally. That is contrary to my belief as a God-fearing person who believes and lives by the commandment to love your neighbour as you love yourself.

“Your Government, and by extension, my focus is on doing what is best for our Territory and for our people, whether it is by putting in the extra hours, making tough decisions or taking a firm stand to put the welfare of our people first.”

He added that during these difficult times, persons should focus on the areas that unite and avoid trying to play on the vulnerability of the people of the Virgin Islands for political and other gains.