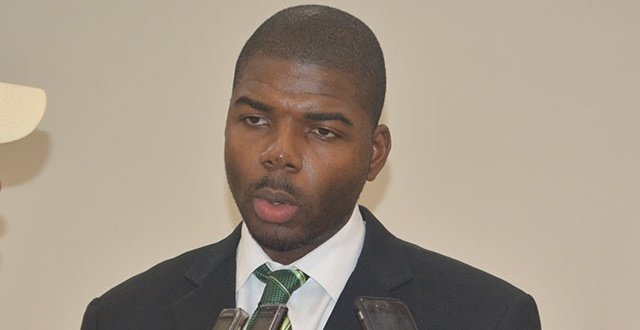 During this new school year the Ministry of Education will be moving forward with its plans to ensure disciplined school environments. This plan is being furthered by the assistance of a special committee that was established to look into this matter.

Earlier this year, videos and other reports of students engaging in unflattering behavior prompted Minister for Education, Dr. the Hon. Natalio Wheatley to announce plans to formulate discipline measures. The plans have since taken shape and Permanent Secretary in the Ministry of Education, Dr. Marcia Potter announced on August 26 that the Ministry has an immediate and long term guide on the issue of discipline.

Dr. Potter, who was speaking on behalf of the Minister at the opening of the new academic year said, “Learning must take place in a disciplined environment and a clear structure is important for students. The Minister wishes to reiterate zero tolerance for indiscipline among students.”

The Permanent Secretary disclosed that in the furtherance of this vision, a special committee was established, and an initial meeting was held.

“Some very good suggestions were tabled at the meeting that was categorized as immediate, short and long term. An action plan, inclusive of a timeline, will be developed to execute actions towards improving discipline in schools,” Dr. Potter disclosed.

Additionally, it was explained that the Ministry will commission a review of the Student Code of Conduct 2006. Dr. Potter noted that the review will include aspects that will be positive reinforcement for behaviors and further guidance for administrators in areas of school discipline.

“In addition, a Truancy Officer has now been assigned to the sister islands and will work with principals to facilitate school improvement policies in the area of discipline,” the Permanent Secretary noted.

During the May 17 sitting of the House of Assembly, Hon. Wheatley disclosed that he was bothered by videos that were circulated on social media showing students in fights and other unsavory behaviours.

“These acts are posted on Facebook and circulated around via other means such as WhatsApp videos, creating a very negative image on the school environment, the students and the education system as a whole. As Minister for Education, I will not tolerate or condone this or any form of violence or aggression by our students,” Hon. Wheatley told the House of Assembly.

In that speech, the Minister promised that action would be taken to address such issues.

“I will begin discussions on how to deal with this unacceptable behaviour and further, how students engaging in these acts should be dealt with…There are already in place several policies that are used by the schools; however, the intention is to put in place additional measures including adjustments to the Education Act as necessary,” the Minister said.