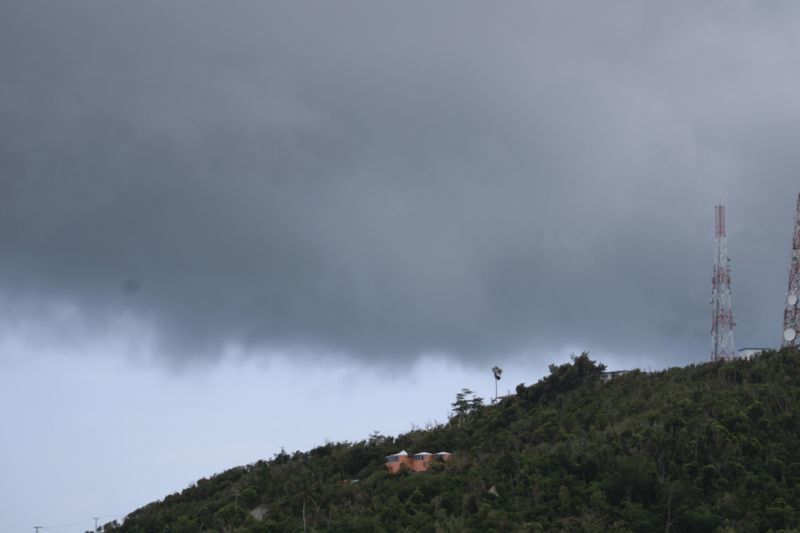 The movement of Tropical Storm Fiona into the area later tonight, September 16, 2022, into tomorrow will lead to very unsettled weather conditions over and around the Virgin Islands (VI), as the territory remains under a Tropical Storm Watch during the forecast period, the Department of Disaster Management (DDM) has stated.

The weather today: Partly cloudy skies with a 60 percent or moderate chance of brief passing showers. 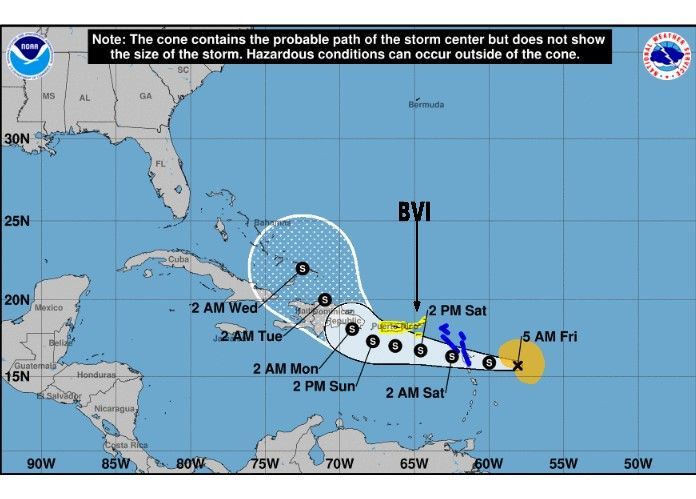 On the forecast track, the center of Fiona is expected to move across the Leeward Islands tonight and early Saturday, and move near or just south of the Virgin Islands and Puerto Rico late Saturday into Sunday.

At 5:00 am, the center of Tropical Storm Fiona was located near latitude 15.7 North, longitude 58.1 West, which is estimated at approximately 471 Miles SE of Road Town.

Fiona is moving toward the west near 15 mph (24 km/h). A westward motion with a gradual decrease in forward speed is expected through Saturday night or early Sunday, followed by a turn toward the west-northwest later on Sunday.

On the forecast track, the center of Fiona is expected to move across the Leeward Islands tonight and early Saturday, and move near or just south of the Virgin Islands and Puerto Rico late Saturday into Sunday.

Data from an Air Force Hurricane Hunter aircraft indicate that maximum sustained winds are near 50 mph (85 km/h) with higher gusts. Some slight strengthening is forecast during the next few days.

Tropical-storm-force winds extend outward up to 125 miles (205 km) from the center.