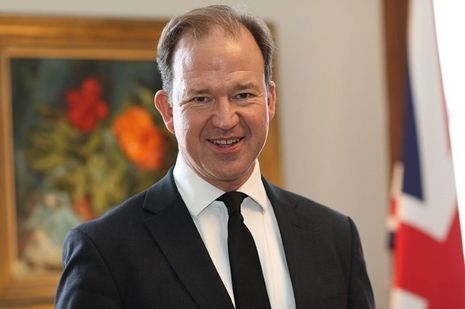 A. Jesse Norman Out as Minister for OTs; Cancels trip to VI

Alexander Jesse Norman, who was appointed under the Mary Elizabeth Truss Government as Minister of State for the Americas and Overseas Territories, is no longer in the role as he has been appointed to another ministry under the Rishi Sunak-led United Kingdom Government.
This means that Mr Norman will no longer be visiting the territory. He was scheduled to arrive today, October 27, 2022, for a 2-day visit.

Mr Norman was appointed Minister of State in the Department for Transport on October 26, 2022.

This information was also confirmed by the Office of the Governor today, following queries by our newsroom.

“Following the appointment of the Rt Hon Rishi Sunak MP as Prime Minister there have been a number of changes to Ministerial portfolios in the UK. The Rt Hon Jesse Norman MP has been appointed as Transport Minister in the UK Department for Transport, therefore he has had to cancel his visit to the British Virgin Islands to take up this new role.”

According to the Governor’s Office, ministerial appointments are still underway and his successor will be appointed in due course.