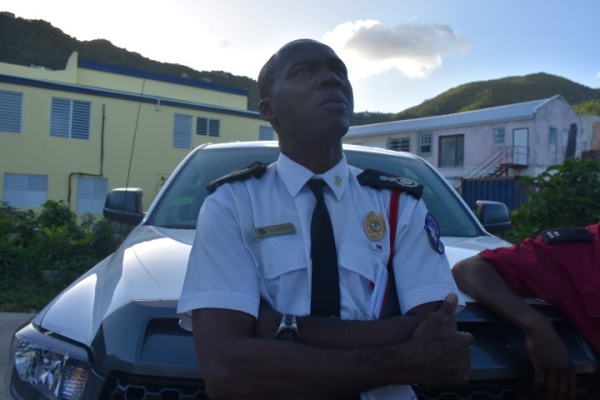 Despite the 2020 Christmas season being affected by the COVID-19 pandemic, the Virgin Islands Fire & Rescue Service has confirmed an active holiday period with multiple fire and accident-related reports.

He said: “We had mostly quite a lot of smoke disturbances and there were a few accidents, unfortunately, regarding vehicles and scooters. And in a few cases, a combination of both. So we did continue to have an active season.”

“As long as you have a time of year where the consumption of alcohol increases, where you have places and areas where the population expands — like in the Road Town area, in homes, on the road — the more people you have in one area, the higher the risk,” McLean explained.

Increase or decrease not yet determined

Despite the active season, McLean saids it would be difficult to determine whether there was a clear increase in activity when compared to previous years.

“Because I don’t have the stats, I can’t really comment. What would have appeared to be either an increase or decrease could likely be contradicted by the statistics. You could have, let’s say, two or three incidents in one day and then you assume that you have an active season. But then when you look at the stats it was actually lower,” he explained, adding that the statistics for 2020 have not yet been tallied.

“Until we get the stats, I’m afraid that it will be irresponsible for me to juxtapose as to whether we had an increase or decrease in reports or calls,” McLean added.

Residents urged to refrain from dangerous practices for new year’s

With less than 24-hours before the territory commences the new year celebrations, McClean is urging residents to continue to adhere to the relevant safety measures to prevent accidents or emergencies from occurring.

“Around this time, people tend to plug a whole bunch of things into one socket and we warn against plugging too many appliances into a socket and overloading them. We warn against persons who are busy in the kitchen. What we continue to ask them to do is to not leave the kitchen unless you are finished cooking and all of the stove and the oven is completely turned off. Because sometimes you would go to the living room or even the bedroom and the next thing you know you’re asleep and something has boiled over and started to burn and that creates a very dangerous situation.”

“We also caution persons that when they’re leaving their homes to go and celebrate elsewhere, to make sure that everything is turned off. And of course, we will join with the good officers of the Royal Virgin Islands Police Force and encourage the motorists to take their time on the road, not to drink and drive, don’t use your mobile phones while you’re operating a vehicle. And to pedestrians, don’t take anything for granted, be careful as you cross the roads,” he further urged.

In the meantime, McLean wished residents a safe new year’s holiday and thanked his fire officers for the hard work and dedication displayed throughout a very difficult COVID-19 year.