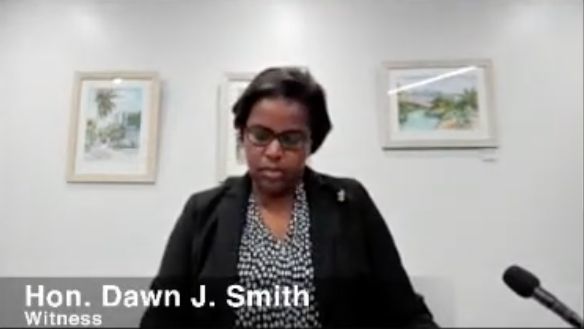 It was a proud and history-making day in the Virgin Islands (VI) on Thursday, October 1, 2020, when for the first time in 21 years an indigenous Virgin Islander, Hon Dawn J. Smith, was sworn in to the post of Attorney General (AG).

That proud and qualified daughter of the Virgin Islands soil is allegedly now being disrespected by the United Kingdom-sponsored Commission of Inquiry.

As part of opening questioning from Council to the Commissioner, Bilal Rawat, on Day 10 of the CoI hearing on June 14, 2021, Hon Smith was told to give a "short summary" of her professional background before becoming AG, a request that has been frowned upon by members of the public.

Mr Rawat, whose participation in the inquiry has now come under heavy scrutiny over whether he may be illegally practising law in the territory, having not been admitted to the BVI Bar, had asked that the AG tell Commissioner Gary R. Hickinbottom about her career background.

“Can I begin by asking you just to give the Commissioner a short summary of your professional background before you assume the position of Attorney General to the British Virgin Islands,” he said.

AG Smith’s response after a noticeable pause to the alleged sexist line of questioning was to repeat in a seemingly sarcastic tone, "a short summary of a long life,” before complying. 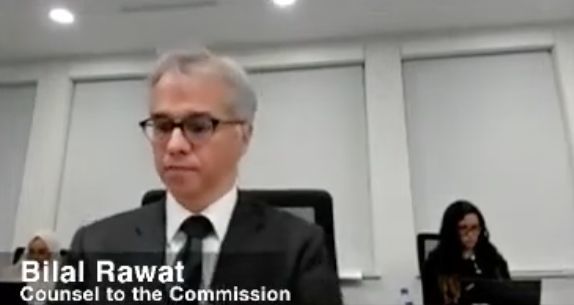 Mr Balil Rawat, whose participation in the inquiry has now come under heavy scrutiny over whether he may be illegally practicing law in the territory, without having been admitted to the BVI bar, had asked that the AG tell Commissioner Gary R. Hickinbottom, about her career background.

One social commentator speaking to your newsroom on condition of anonymity has called the questioning by Mr Rawat to be out of line, humiliating, and sexist towards a respected professional and highly accomplished local woman like Hon Smith.

In essence, Mrs Smith- a career legal professional- was asked to explain her entire career, in a 'short summary' on what she did before she got the job as Attorney General, while under scrutiny from a panel of men at the live hearing.

One legal professional, speaking to our news centre, said Rawat’s questioning of “Tell the commissioner what you did before you got the job, but keep it short,” comes across as condescending, sexist, and disrespectful since that information is easily accessible. 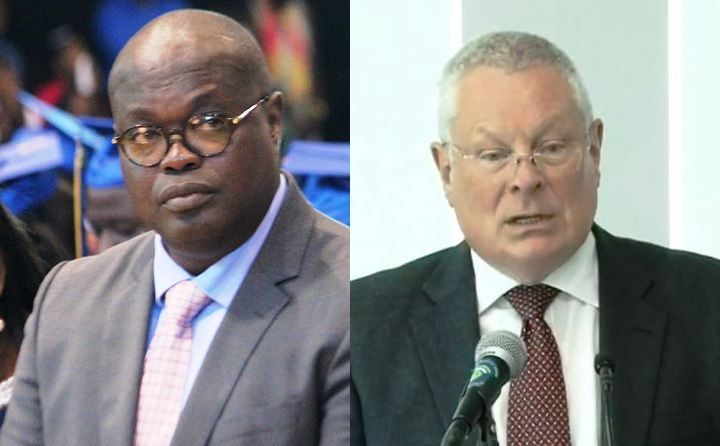 Speaker of the House of Assembly (HoA) Honourable Julian Willock, left, has come to the representation of the legislature and its Honourable Members, following alleged disrespectful treatment meted out by the sole Commissioner of the Inquiry into governance in the Virgin Islands, Gary R. Hickinbottom, right.

Addressing the overall ‘disrespect’ from the Commissioner and the CoI, House Speaker Hon Julian Willock had yesterday, June 14, 2021, accused Commissioner Hickinbottom of ‘highhandedness’ & having no regard for the HoA.

"Take for example; the one-man commissioner had the audacity to ask the fifteen grown adult members of the Legislature to write him an essay on what is good governance?” Hon Willock told the opening of the Virgin Islands Commonwealth Parliamentary Association Members Training on, Monday, June 14, 2021.

She previously served as General Counsel at the Financial Services Commission (FSC) from 2013 to 2020 where she developed corporate policies, procedures and programmes; and was the key legal advisor to the FSC and the BVI International Arbitration Centre to ensure compliance with internal policies and applicable laws.

Hon Smith was also seconded to Premier's Office as Acting Permanent Secretary from 2017 to 2019, where she handled the strategic management and administration of the Premier's Office including supervising and coordinating the work of departments under the Premier’s portfolio; preparing and managing the ministry's annual budget; developing and implementing strategic plans; and serving as an Ex-Officio member on statutory boards and organisations such as the BVI Tourist Board and BVI Finance.

Ms Smith has also made various community contributions to the Intellectual Property Review Committee, BVI Reading Council, the Public Service Commission, the Court Review Committee and the Chartered Institute of Arbitrators, amongst many others. 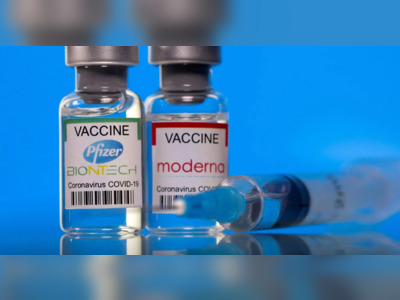