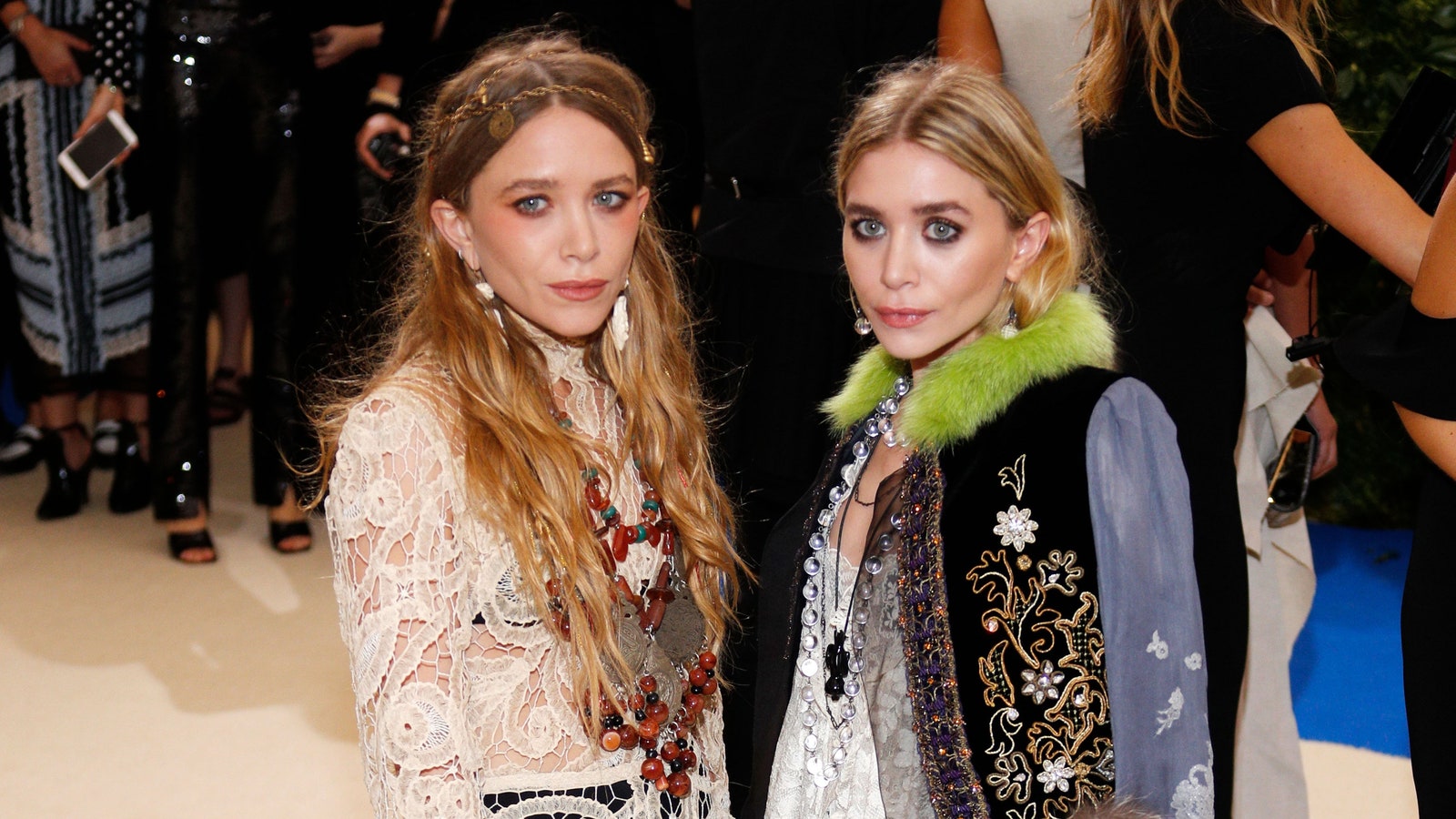 Pre-The Row, the two siblings had a much more eccentric take on personal style.

Happy birthday, Mary-Kate and Ashley Olsen! Two of the world’s best-dressed twins and Geminis turn 35 today. These days, the two style icons are known for their extremely minimal wardrobes. Much like the designs they produce at their luxury label, The Row, their closets are filled with quiet, well-cut pieces. But this hasn’t always been the case. Pre-The Row, the two siblings had a much more eccentric take on personal style.

During the 2000s, the Olsens exemplified the whole “boho-chic” look, favoring groovy pieces that had a fun, free-spirited feel to them. Instead of the crisp white shirts and black trousers they often wear today, they were big fans of billowy shawls, flared jeans, and maxi dresses. Even big, chunky necklaces! At the 2003 premiere of Charlie’s Angels: Full Throttle, Ashley wore a floral maxi gown and Mary-Kate wore a caftan-style dress. When they hosted a fashion show for their Walmart line a year later, Ashley took her bow in cropped jeans, a green blazer, and a stringy scarf, while Mary-Kate opted for a floral tunic, flared jeans, and an extra-wide belt. Though they launched The Row in 2006, their boho aesthetic continued well into the late 2000s, until they debuted their sleeker, more streamlined look. 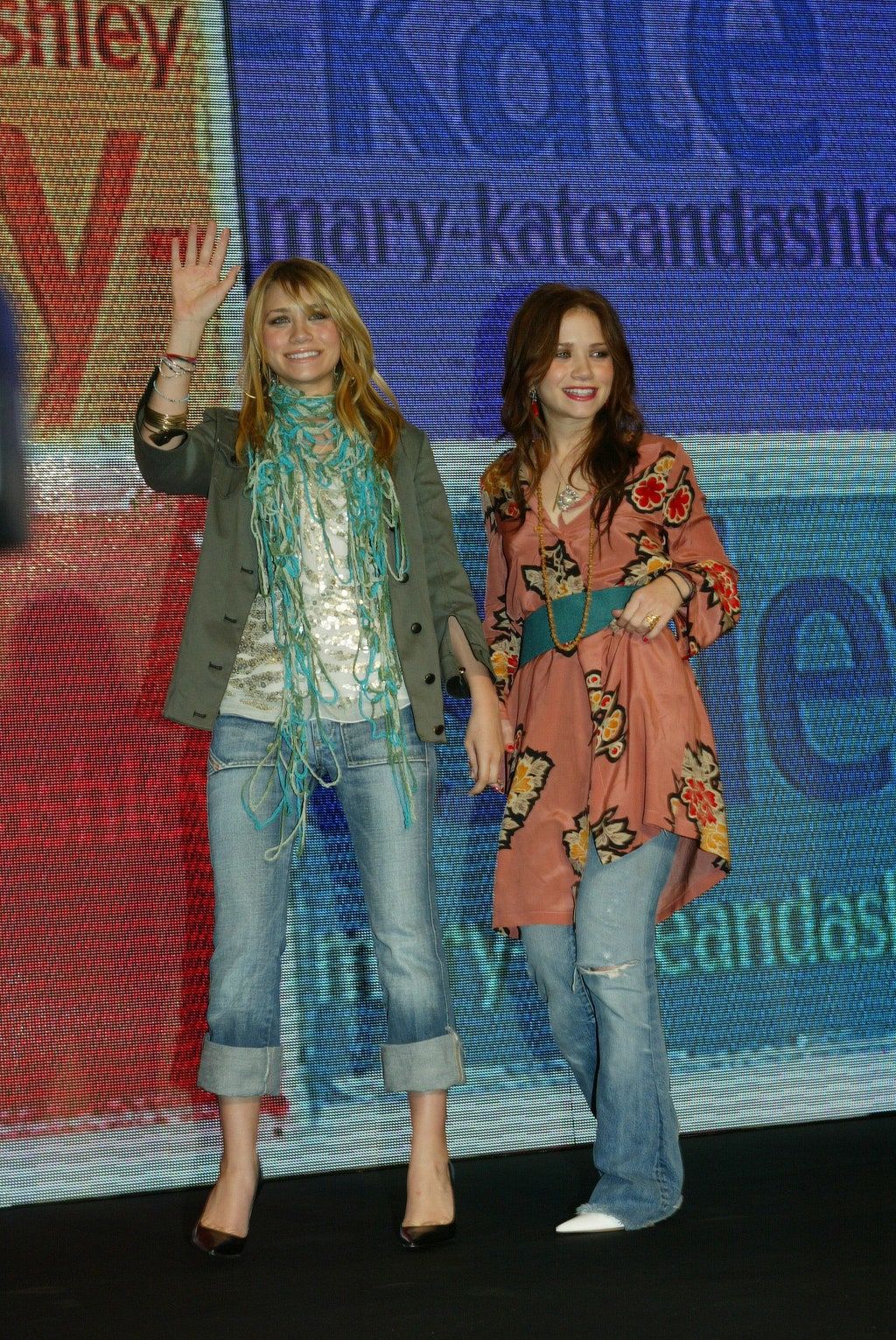 Ashley and Mary-Kate Olsen at their 2004 Walmart show 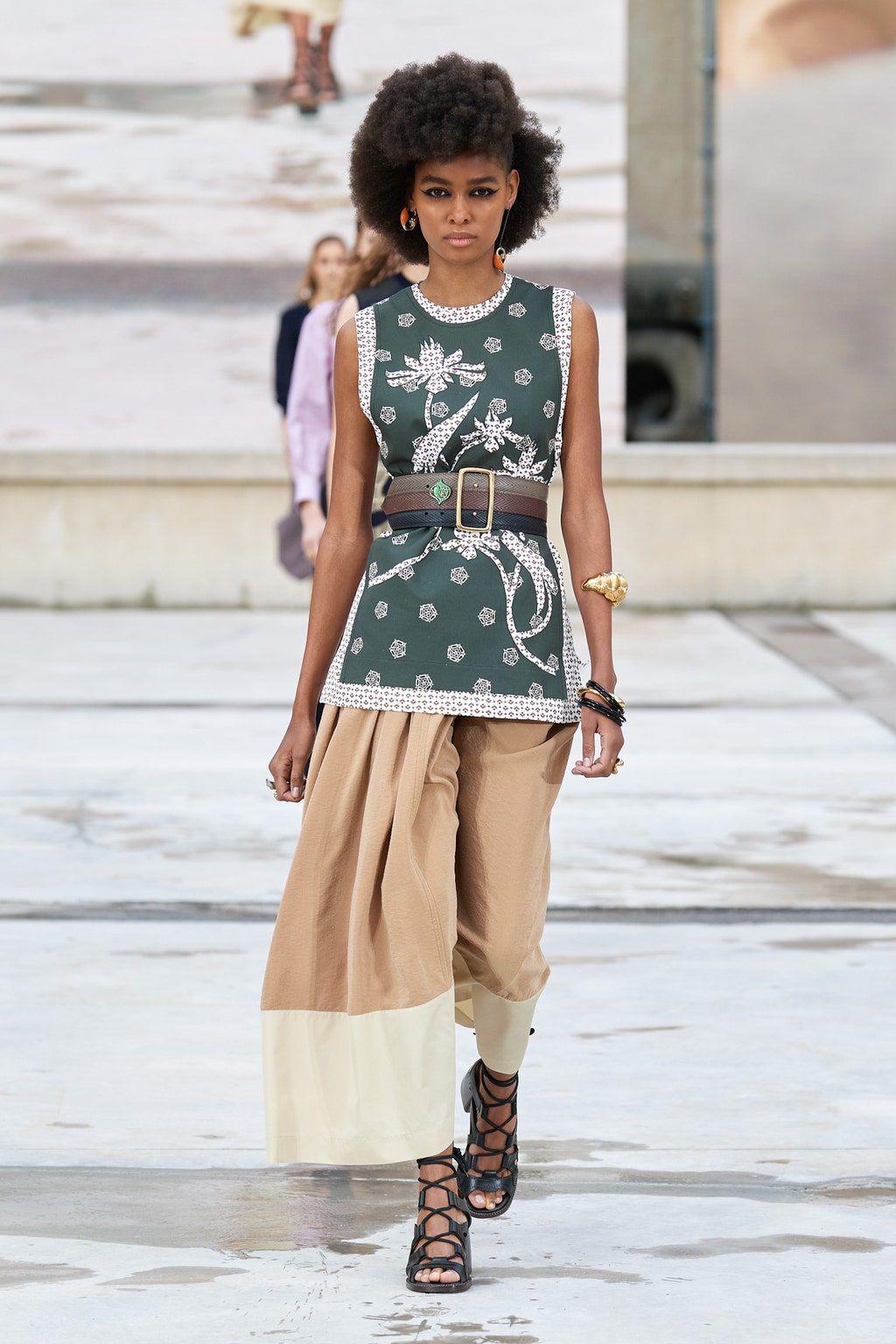 A boho-chic look from Chloé spring 2021

Now, you may be thinking, that was such a fad, but the boho-chic look that the Olsens made their style signature in the aughts is having a slow comeback. Just look to the spring 2021 runways. There were the tapestry-style prints at Anna Sui, the wide belts (and even wider jeans) at Chloé, and billowy maxi dresses at Dior. Like it or not, it seems the hippy-dippy look is having a revival, though the cuts and finishes are a little more modern. So, even if you’re a The Row devotee and have a closet full of white, black, and cream-it's clearly time to consider upping the kitsch factor this summer and channelling early Olsen style instead. The question is: Will Mary-Kate and Ashley, too? (We’re not betting on it).

Below, some of Mary-Kate and Ashley Olsen’s best boho-chic looks to get inspired. 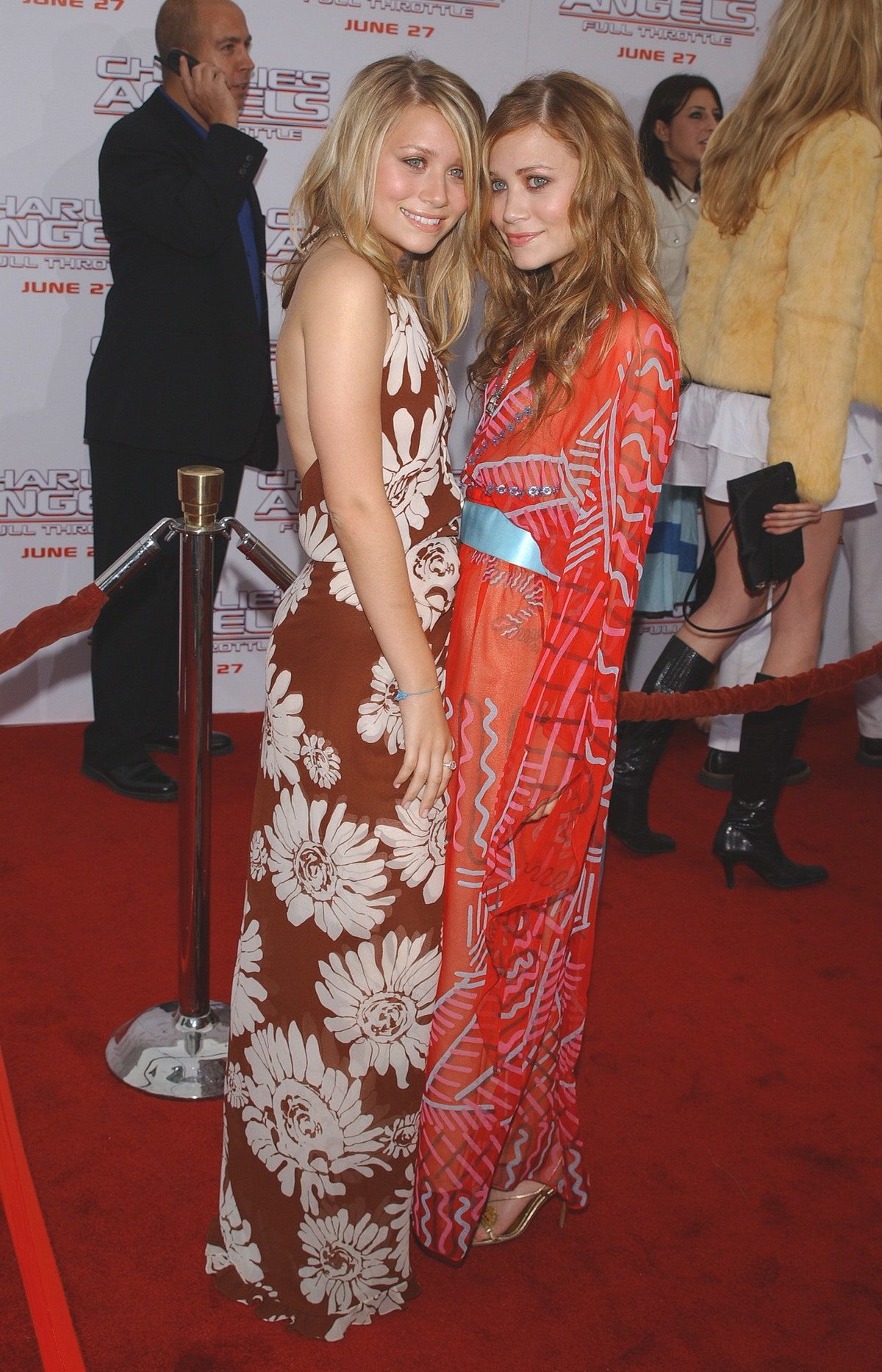 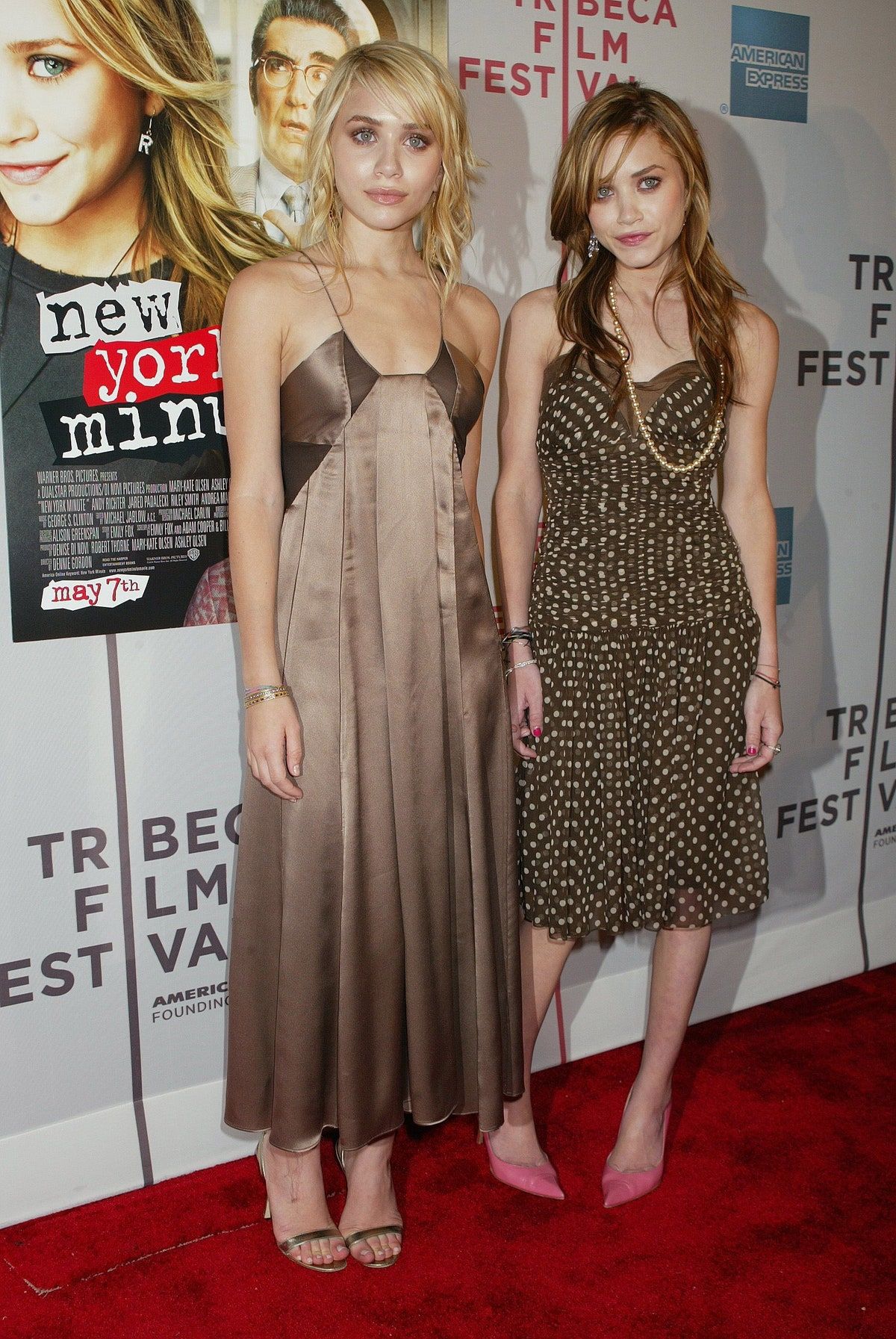 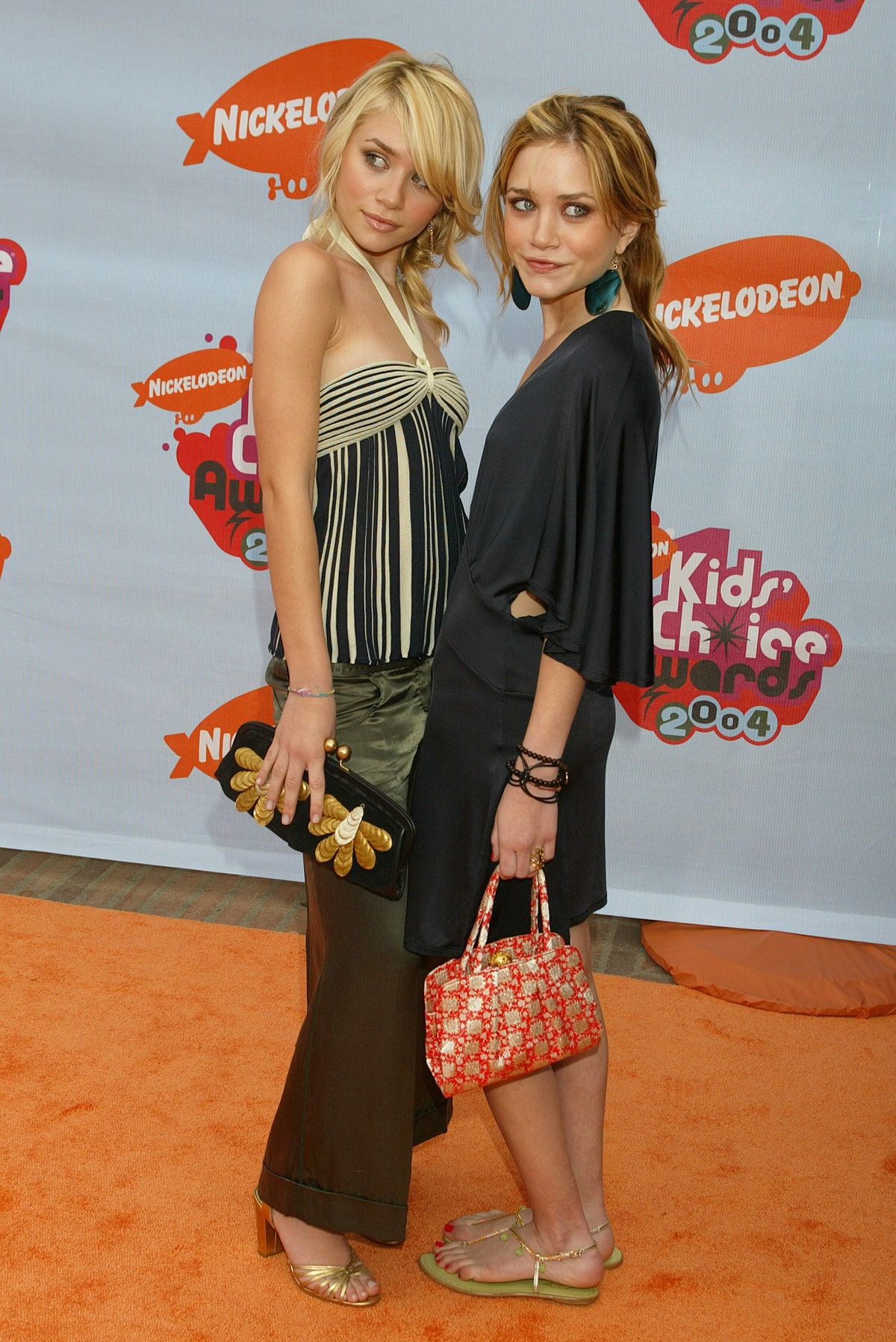 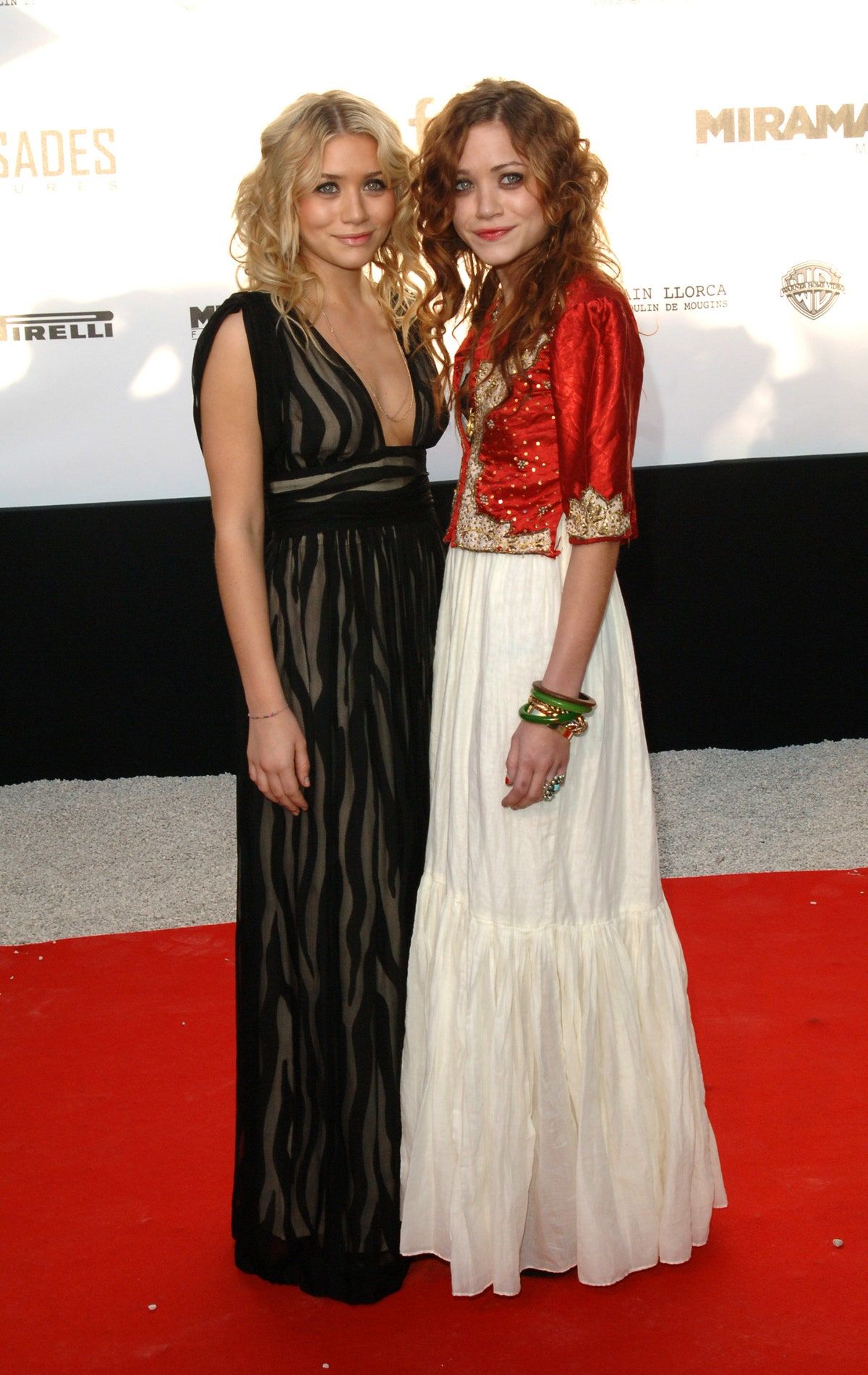 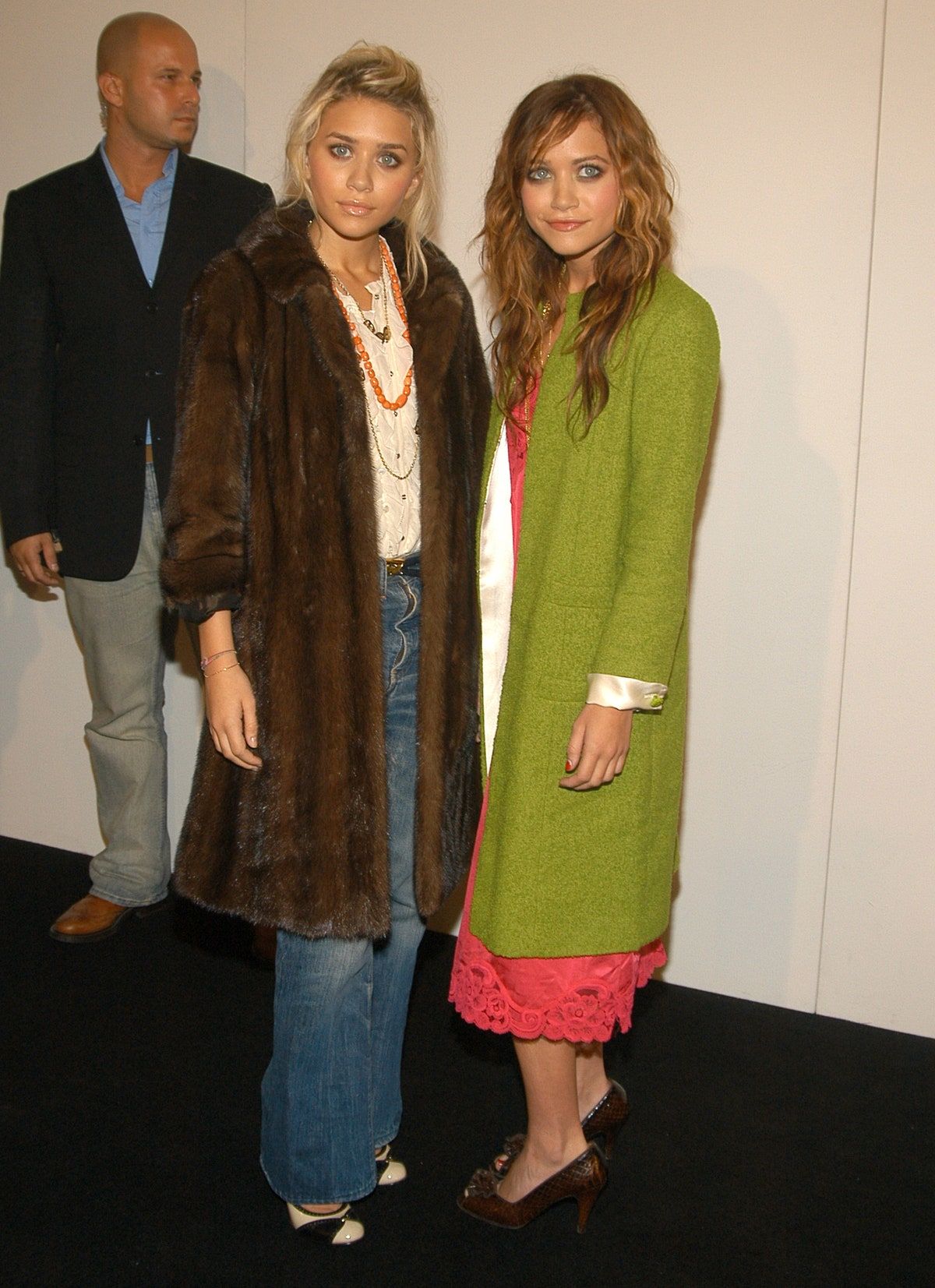 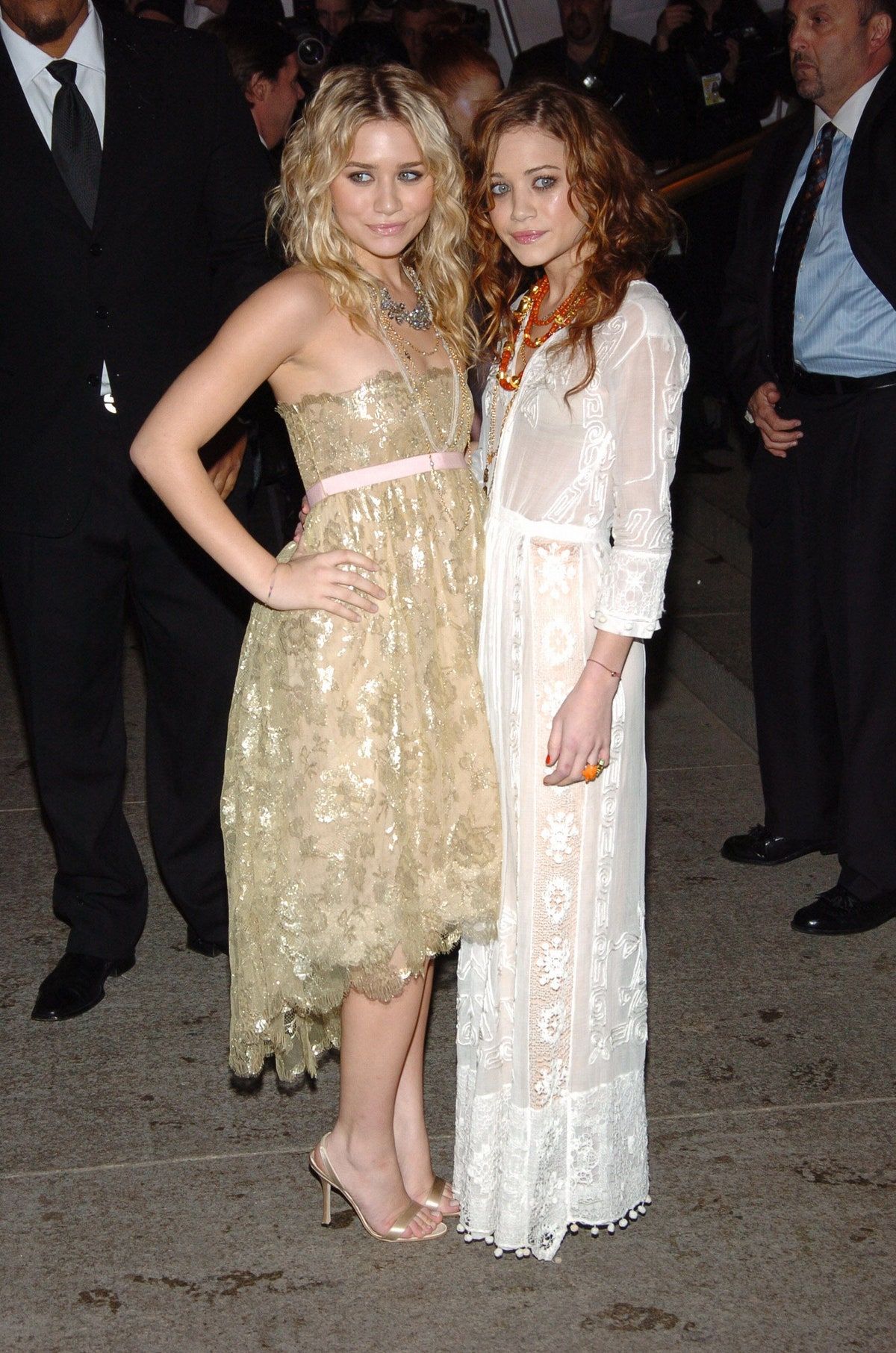 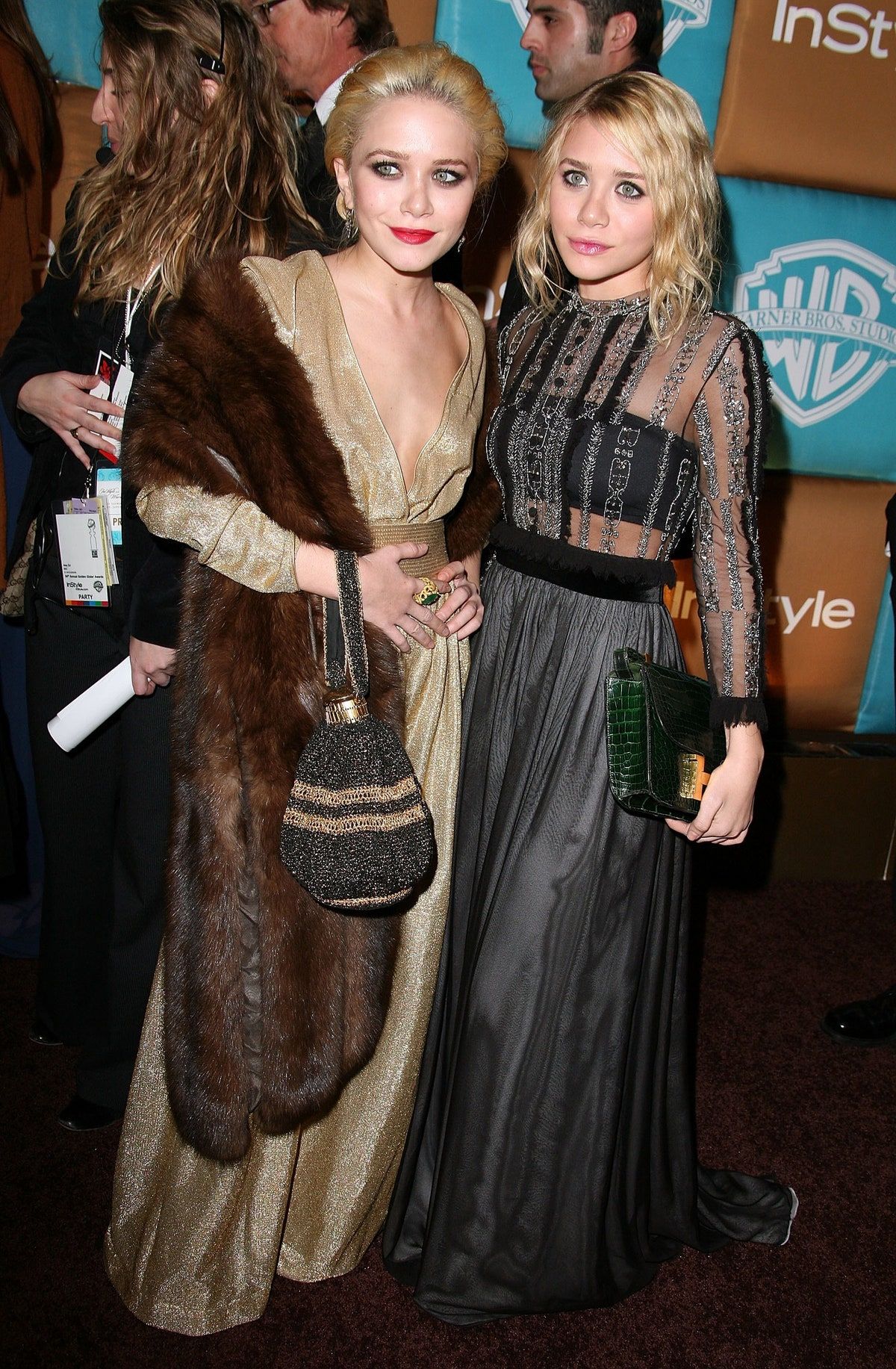 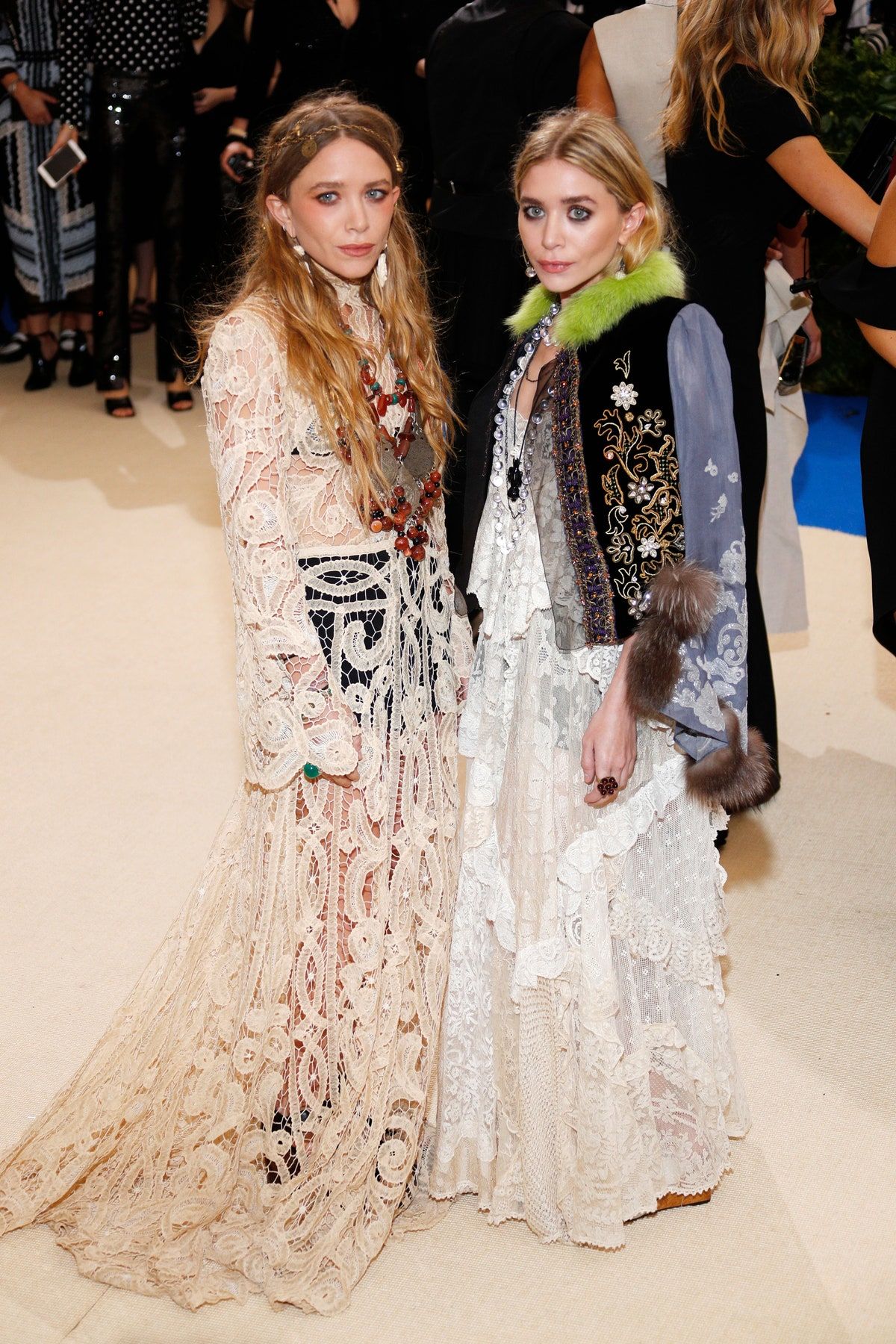