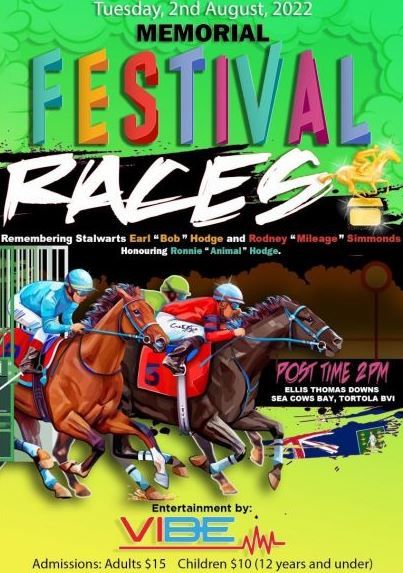 One of the Virgin Islands’ most anticipated activities during Emancipation Festival, the August Tuesday Races at Ellis Thomas Downs in Sea Cows Bay, will be happening after all.

Horse racing was noticeably left out of the calendar of activities by the Virgin Islands Festival and Fairs Committee (VIF&FC); however, much to the delight of horse racing fans, there will be races on Tuesday, August 2, 2022.

‘There will be races’- Lesmore Smith

This was confirmed by President of the VI Horse Owners Association, Mr Lesmore Smith on July 17, 2022.

“There will be races,” Mr Smith told Virgin Islands News Online, adding that the participation of the US Virgin Islands (USVI) is yet to be confirmed.

According to a flyer since published by the VI Horse Owners Association, the races will be held in memory of horse racing stalwarts such as Earl D. Hodge aka Bob, Rodney A. Simmonds aka Mileage and Ronnie Hodge aka ‘Animal. 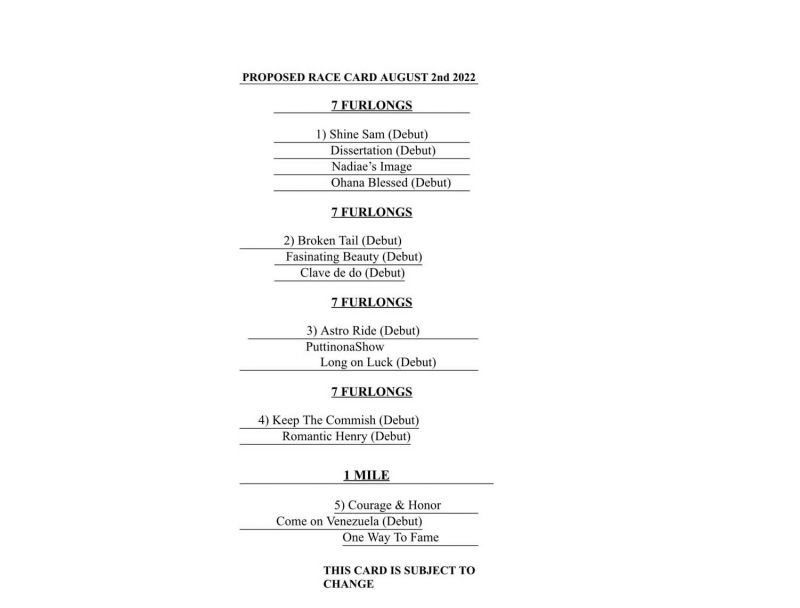 Race 1 will be 7 furlongs and feature debutants Shine Sam, Dissertation and Ohana Blessed, with Nadie’s Image the other horse.

Race 2 will be over the same distance and will include all three horses on debut- Broken Tail, Fasinating Beauty and Clave De Do.

Race 3, also over 7 furlongs, will be a clash of debut horses Astro Ride and Long on Luck and PuttinonaShow.

Race 4 will see Keep The Commish and Romantic Henry battling it out over 7 furlongs in their debut race.

The 5th and final race will be a one-mile event. It will feature Courage and Honour, One Way to Fame and Come on Venezuela (debut).

Admission to Ellis Thomas Downs is $15 adults and $10 for children 12 years and under.

Entertainment will be provided by VIBE.