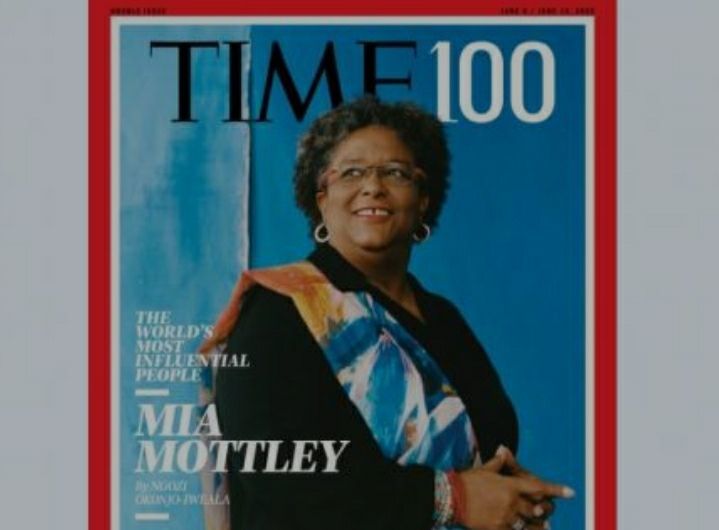 Listen to the article
0:00
0:00
Barbados Prime Minister Mia A. Mottley has been listed among Time Magazine's 100 Most Influential People of 2022, appearing on one of the five global covers released on Monday, May 23, 2022.

The magazine said Mottley is a bold and fearless icon in her country who possesses intellect and wit.

It described her as a brilliant politician who knows how to shake things up.

“From poverty to debt to climate change, she is a vocal advocate on the world stage for responsible stewardship of our planet, so that nations large and small and people rich and poor can survive and thrive together,” it said of Mottley.

The announcement follows Mottley's delivery at the 2021 United Nations Climate Change Conference in Glasgow, Scotland, where she chided the world's leaders for not working more diligently to limit the potentially catastrophic impacts of climate change, telling them to try harder. 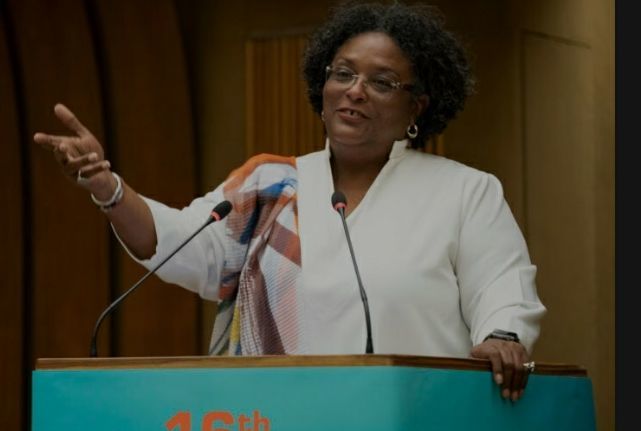 Mottley's diligence was also underscored following her chairmanship of the World Bank and the International Monetary Fund's Development Committee when she impressed upon the world's finance gurus that the level of a country's per capita income may not always be the best measure of its wealth.
“Mia Mottley is an icon in her country, having won re-election by a landslide. The prime minister strides boldly on the world stage. She is an embodiment of our conscience, reminding us all to treat our planet, and therefore one another, with love, dignity, and care.”

Mottley is the second woman prime minister in the region to make the list behind Portia Simpson Miller in 2012.

At that time, Simpson Miller was said to be the embodiment of perseverance and strength.