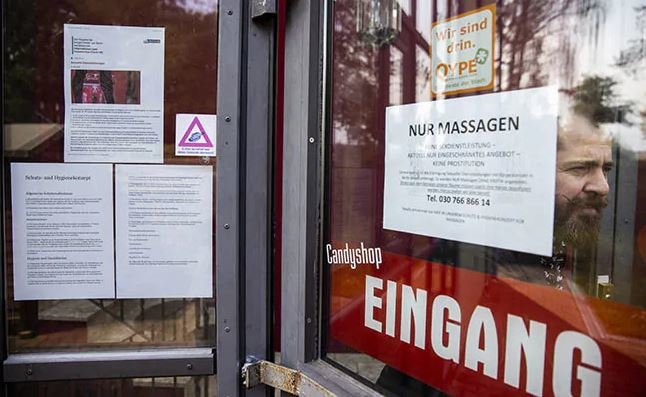 Berlin Brothels Reopen After COVID-19 Lockdown, But Sex Not Allowed

Prostitution is legal and regulated in Germany, with the country's 40,000 registered sex workers entitled to employment contracts and social security benefits.

Berlin: Berlin's brothels were allowed to reopen last week after months of closure due to coronavirus restrictions -- but full-on sex is still off-limits.

Berlin's brothels were allowed to reopen last week after months of closure due to coronavirus restrictions -- but full-on sex is still off-limits.

And it's not just the clients who have been left frustrated by the partial easing of regulations.

At the brothel where longtime sex worker Jana plies her trade, beds have been made, animal-print pillows fluffed and fresh flowers placed in vases.

But Jana, 49, is looking forward to next month when she can offer the full service again.

"I prefer the sexual service, my clients do too," she said.

Sex work had been banned in Berlin since mid-March as part of efforts to control the spread of the coronavirus.

In July, several dozen prostitutes armed with inflatable sex dolls staged a protest outside the Bundesrat upper house of parliament in Berlin, complaining that continued restrictions were preventing them from making a living and pushing their trade underground.

Prostitution is legal and regulated in Germany, with the country's 40,000 registered sex workers entitled to employment contracts and social security benefits.

Brothel operator Aurel Johannes Marx has seen six-figure losses due to the months of closure, and now he's having to invest more to make sure the establishment meets coronavirus requirements.

Signs explaining the rules have been pinned in the reception area, which looks like an upmarket hotel entrance with its leather seats and marble flooring.

Everyone who visits the brothel must fill out a form with their contact details, which are kept in a sealed envelope.

They are also required to wear masks -- "just like in the supermarket, in a gas station and in the subway" -- and most are happy to do so.

"What doesn't work so well, however, is that many guests come to a brothel with the expectation that they will get sex here," Marx said.

Strict hygiene regulations will remain in place once full sex is on offer again from September 1 in Berlin and other parts of Germany.

But Jana isn't worried about catching the coronavirus.

"When you've been doing the job for 20 years and you have your regulars... You can choose who you take," she said.

"If you don't like him, you send him back through the door. I'm not afraid at all -- I'm just happy. Finally!"