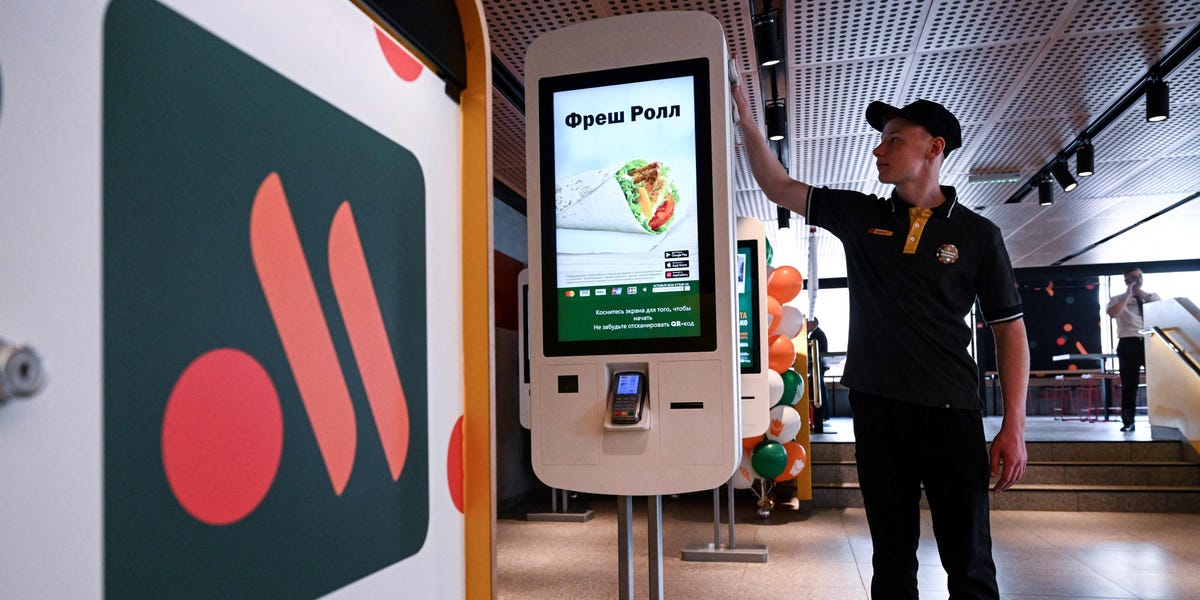 The first store under the fast food chain's new "Delicious. Full Stop" name opened in Moscow on Sunday, with another 15 to follow.

A former McDonald's store in Moscow reopened on Sunday for the first time since the American fast food chain sold its operations to a Russian businessman.

The chain is now called Vkusno & tochka, which translates as either "Delicious. Full Stop", according to the AFP news agency, or 'Tasty and that's it", Reuters reported.

Crowds gathered outside the flagship Moscow store where the chain's new logo and menu were unveiled. The same outlet was the first McDonald's to open its doors in Russia in 1990.

The chain no longer sells Big Macs, but the rest of the menu is nearly identical to the previous offerings.

Chicken nuggets, cheeseburgers and sundaes are all still available, with similar packaging to McDonald's, at slightly lower prices. 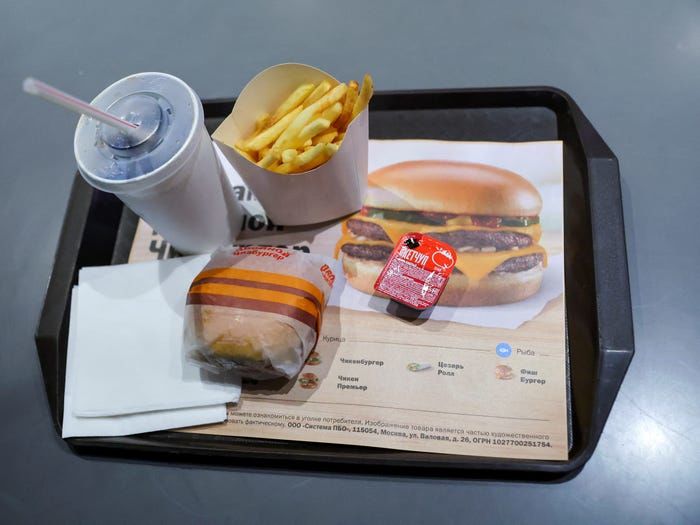 The fast-food chain plans to open 15 other stores in Moscow on Sunday.

Alexander Govor acquired hundreds of McDonald's stores in Russia after the chain announced it would exit the country following Vladimir Putin's invasion of Ukraine.

He already operated 25 McDonald's in Siberia and committed to retaining all staff of the 850 Russian stores as part of the deal.

"The corporation asked me to, first of all, keep the headcount, to provide people with work. That's what I'm going to do," Govor told Reuters at the store opening. 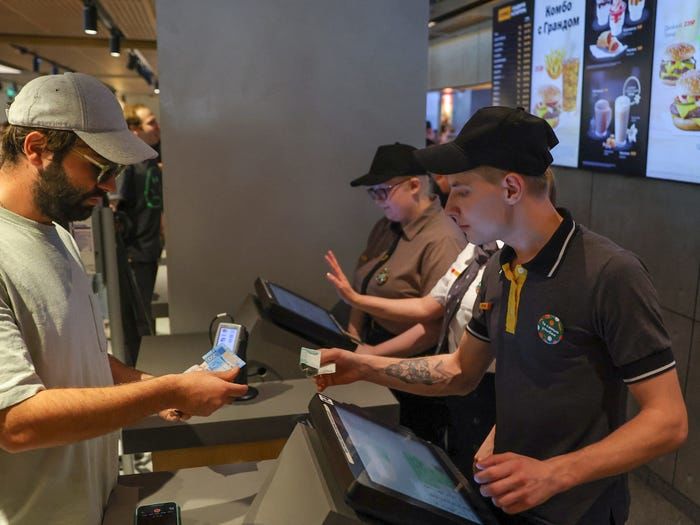 Vkusno & tochka aim to open all 850 stores by the end of summer.

"The name changes, love stays," its new slogan says. The fast-food chain is set to open 15 other rebranded stores on Sunday in Moscow, Reuters reported.

Govor said his company would invest 7 billion roubles ($125 million) into the business this year.