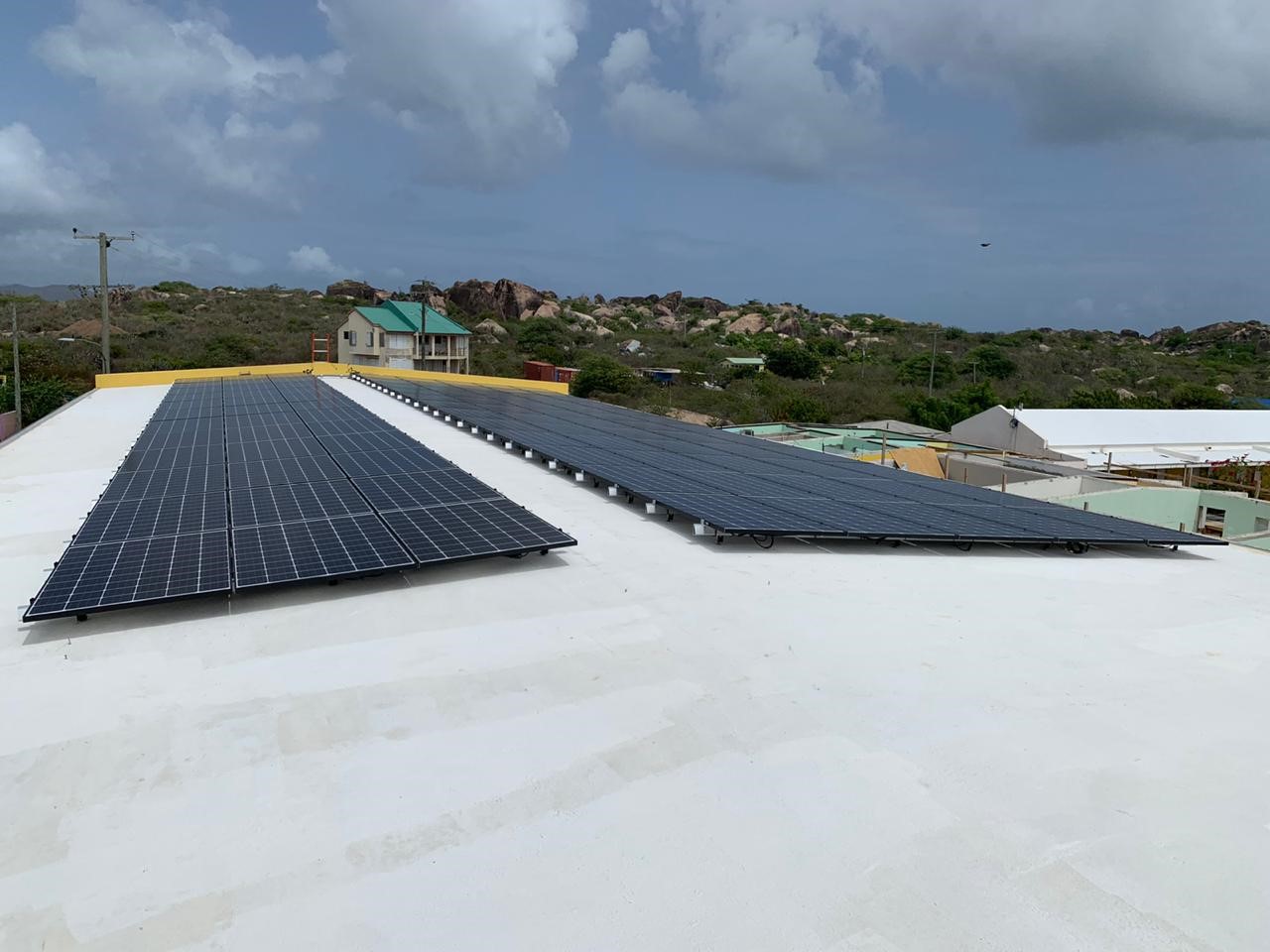 The BVI Electricity Corporation (BVIEC) is pleased to announce that on December 4th, 2020 history was made in the British Virgin Islands when the Bregado Flax Educational Center in Virgin Gorda became the first entity in the Territory with renewable energy generation facility to be “grid-tied” to BVIEC’s electrical grid.
The Bregado Flax Educational Center in accordance with the BVI Electricity Corporation (Amendment) Act, 2015 is now referred to as a “consumer generator” comprising of a Net Billing Metering System which employs a set of electrical meters one of which is capable of determining the units supplied by the renewable energy generating facility and another one capable of determining both the units supplied from the grid to the consumer-generator and the units of energy supplied from the consumer-generator to the grid.

In accordance with the BVI Electricity Corporation (Renewable Energy) Regulations, 2018 the Government of the Virgin Islands Electrical Inspection Unit (EIU) carried out an inspection of the system installed by Mr. Sean Hartley of Amandla Engineering to ensure it was constructed utilising industry best practices and issued a certificate of approval for the renewable energy generating facility to be grid-tied.

Mrs. Rosemarie Flax- Chairman of the Board of Director is quoted as saying “this is a proud moment for the BVI. The Board, Management and staff of BVIEC will continue to be relentless in fulling the areas of commitment regarding the Territory’s energy transformation well into the future.”

BVIEC is currently in the process of contacting owners of other renewable energy generation facilities within the Territory to request that they regularize these systems and bring them in compliance with the applicable laws and industry codes.

When asked about this significant milestone being achieved Mr. Leroy A.E. Abraham – General Manager/CEO stated that “this is the culmination of many years work by the BVIEC team which started almost two decades ago with the manifestation of BVIEC now having the capability to grid-tie distributed generation systems and the soon to be constructed Hybrid Renewable Energy and Battery Energy Storage project on Anegada.”

The Public is advised to stay tuned for further exciting news updates regarding BVIEC’s efforts toward energy diversification within the Territory utilising renewable energy.
#the Virgin Islands
Add Comment