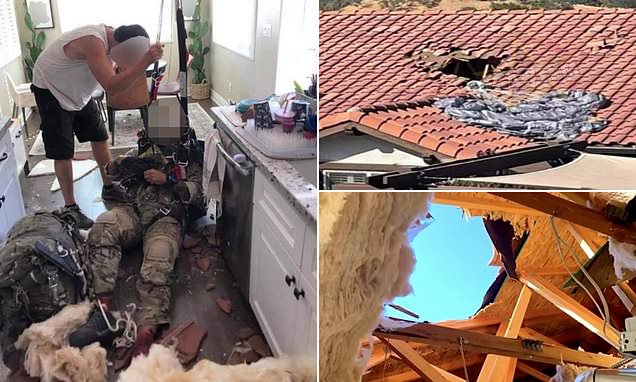 British soldier smashes through ROOF after parachute fails to open

The parachutist jumped out of a plane from 15,000ft in a High Altitude Low Opening exercise but spiraled out of control and crashed into the home in Atascadero, about 200 miles northwest of L.A.

A British soldier has cheated death after crashing into someone's roof and falling into their kitchen when his parachute failed to fully deploy during a training exercise in California.

The parachutist jumped out of a plane from 15,000ft in a High Altitude Low Opening exercise known as Halo, which is used by the SAS and SBS for covert missions in hostile territory.

But the soldier started to spiral out of control when the parachute failed to fully deploy over the skies of Atascadero. 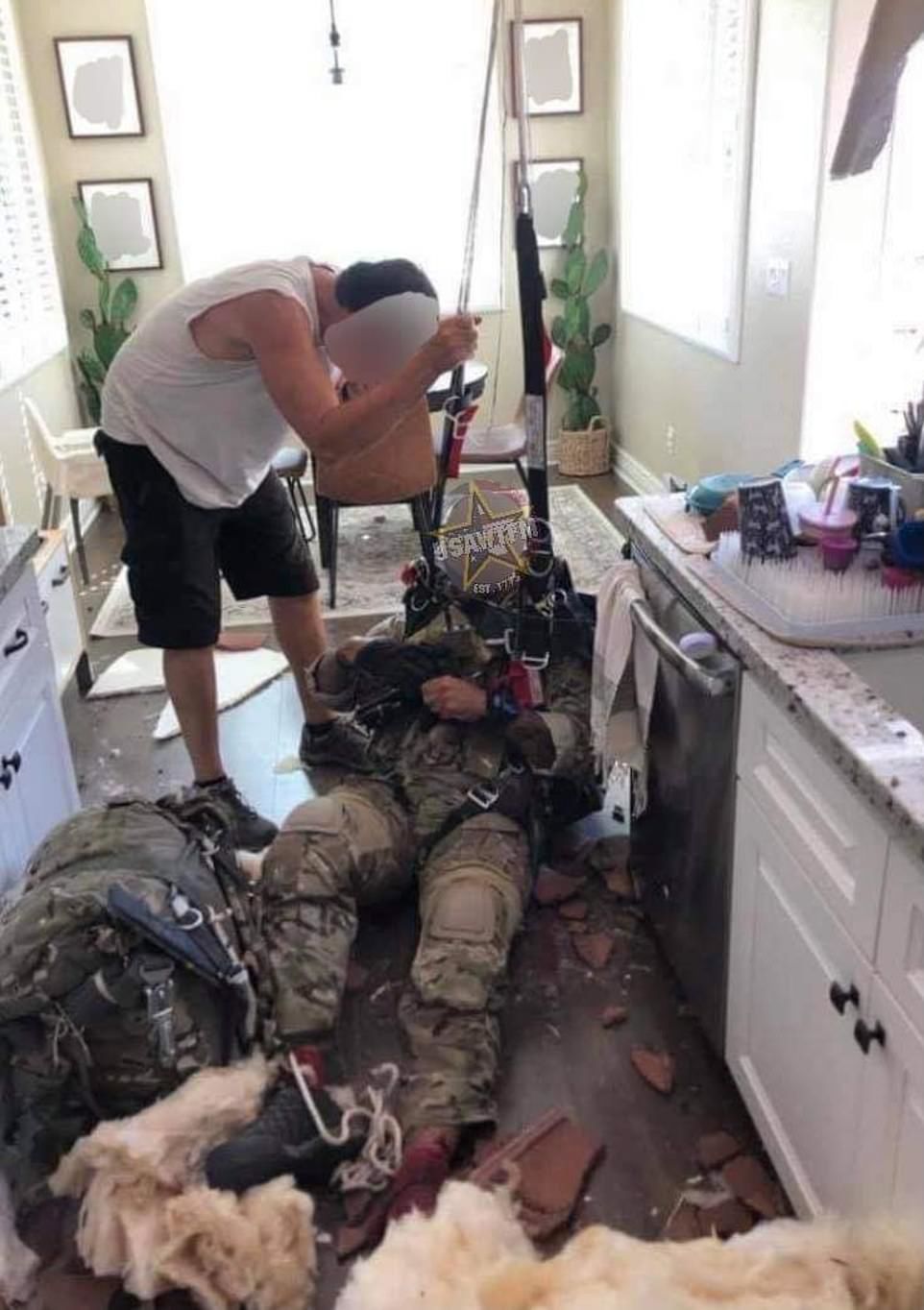 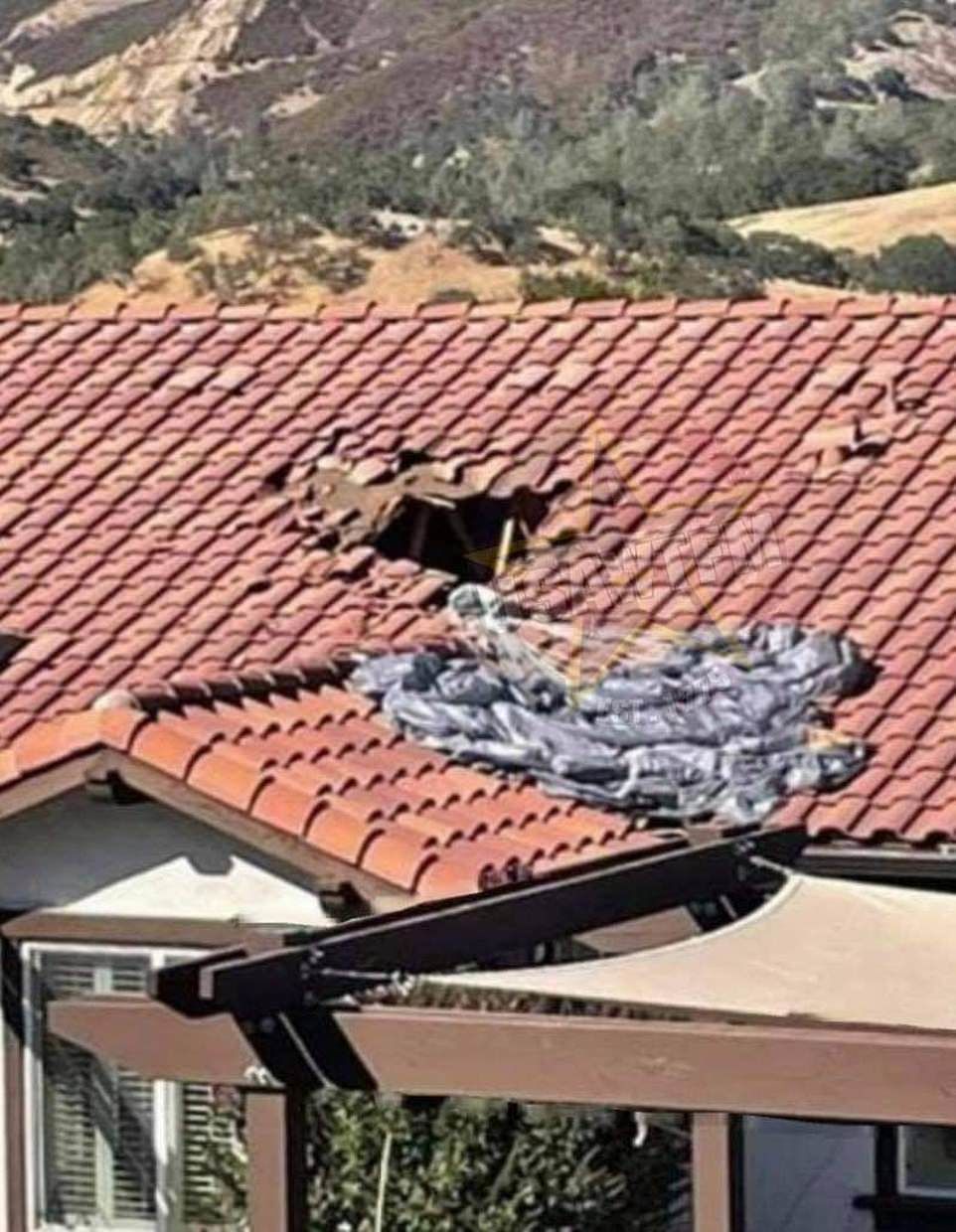 The parachute's lines ran through the roof and the parachute was splayed on the tiles of the home in Atascadero, Calif.

He deployed his reserve parachute but it was too late for him to be able to reach the designated drop zone and he continued his rapid descent towards the ground.

'It's a miracle in my estimation, really. I mean, who lands like that without a parachute and lives?,' neighbor Rose Martin, who discovered the soldier, told KSBY.

Residents in the town about 200 miles northwest of Los Angeles called 911 after seeing him falling before he smashed into the house.

'I was in shock. I'm like, what?,' Martin said. 'So I ran in to make sure he was okay and I checked on him and his eyes were open but I wasn't sure if there were any injuries. I didn't want anyone to move him.

The impact left a huge hole in the tiled roof of the bungalow as the soldier fell through the loft and into the kitchen.

A picture shows the soldier in a sitting position, surrounded by broken tiles and with his parachute still attached. Someone can be seen standing over him as he removes a glove.

The homeowners were out at the time of the incident at 4.55pm on July 6.

The soldier, wearing British special forces uniform, was pictured in the kitchen surrounded by dust and debris in the house, still attached to his harness. 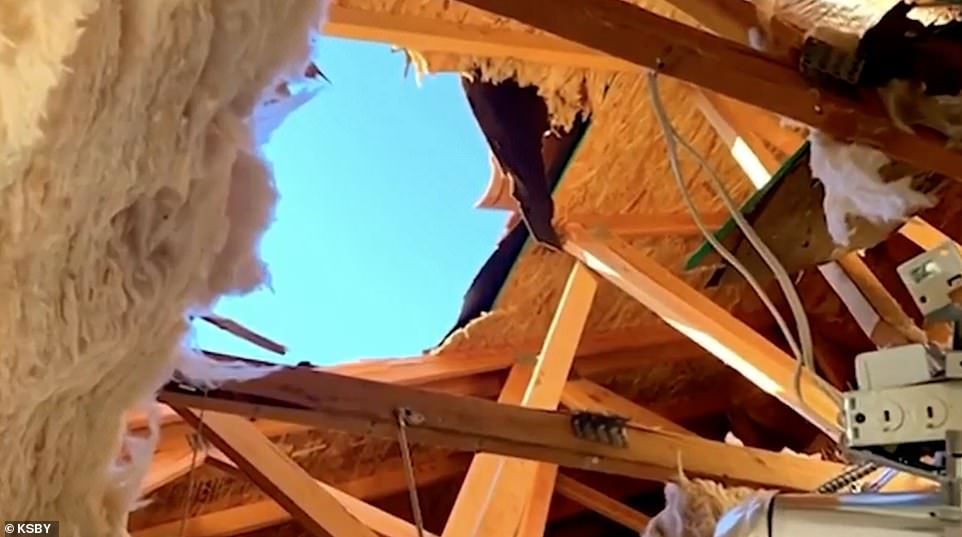 The parachute's lines ran through the roof and the parachute was splayed on the tiles.

The soldier only received minor injuries from the crash landing and was taken to hospital for treatment.

Linda Sallady, the mother of the homeowner, said: 'Came through the roof, through the tresses and there's not that much damage in the house.

'It's amazing. It's mostly the ceiling, the sheetrock. He missed the counters, appliances, everything.'

The rest of the training group from nearby Camp Roberts landed safely in the designated landing field.

The UK Ministry of Defence told the MailOnline: 'There has been a parachuting incident involving a British soldier training alongside American allies in California.

'The soldier received minor injuries and is recovering well.'

Atascadero police said: 'The parachutist was conscious but stunned with complaints of pain but no visible serious injuries.

'The occupants of the residence were not home at the time and therefore were uninjured.'