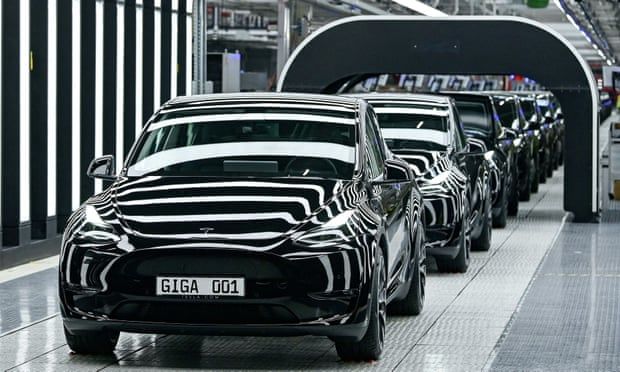 Transport Canada, the Canadian auto safety agency, said in a statement on Friday that it had learned of the incident in Vancouver on 23 May and that it had “notified Tesla … and is currently making arrangements for a joint inspection of the vehicle in an effort to determine the cause of the fire”.

The US National Highway Traffic Safety Administration told Reuters on Thursday it “is aware of the incident and has reached out to the manufacturer for information”.

Video posted on the website Electrek shows smoke emerging from the vehicle for several minutes before the inside of the vehicle eventually catches on fire. According to the website, the driver said that to get out he “had to smash the window”, adding: “I kicked through the window because everything stops. The power didn’t work. The door didn’t open. The windows didn’t go down.”

Approximately five minutes after the car began smoking, the fire department arrived and was able to extinguish the fire. According to the driver, he had purchased the car eight months ago.

Tesla did not respond to a Guardian request for a comment.

The electric car maker has faced previous investigations over accidents involving its vehicles. Last year, the US government launched an investigation into Tesla’s driver-assistance system known as Autopilot after a series of collisions with parked emergency vehicles.

The National Highway Traffic Safety Administration (NHTSA) said it had identified 11 crashes since 2018 in which Teslas had hit vehicles at first responder scenes, all while the Teslas were “engaged in either Autopilot or Traffic Aware Cruise Control”.
#Tesla