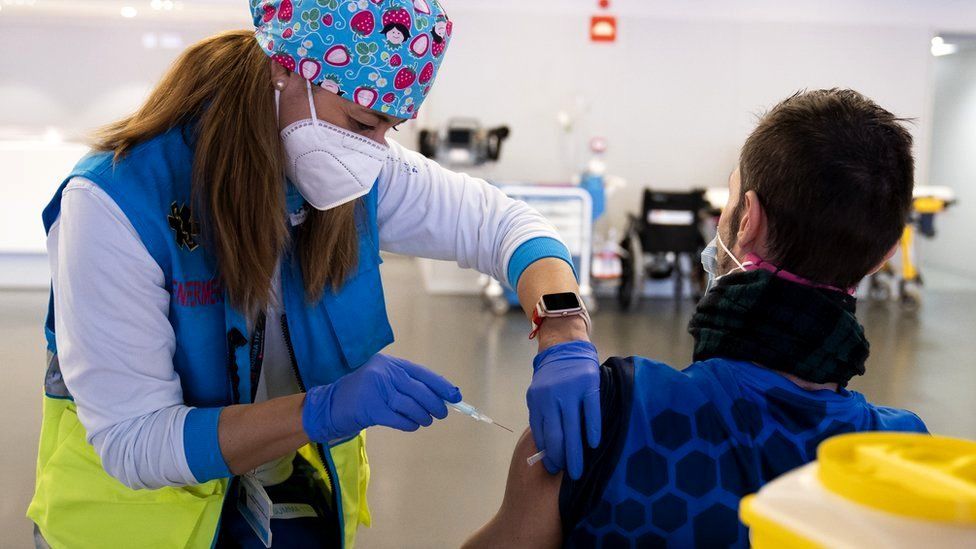 The idea of such a document, likely to be a certificate, would be to permit those who have been vaccinated to travel freely within the EU.

The proposal was put forward during a virtual discussion between EU leaders.

But a vaccine passport faces opposition from some of the bloc's 27 member states.

France and Germany say such documents could be premature because data on the efficacy of vaccines in preventing a person from carrying or passing on the virus is incomplete.

There are also concerns that enabling a vaccinated minority to enjoy foreign travel while others, such as young people who are not seen as a priority for inoculation, continue to face restrictions would be discriminatory.

A further complication is the rapid spread of more contagious Covid variants - the English, South African and Brazilian forms - and the possibility of future mutations. So it is more likely that people will need booster jabs to remain protected.

Greece - as well as Israel - already has digital vaccination certificates, and others such as Denmark and Sweden have talked about developing them.

Greek Deputy Prime Minister Akis Skertsos told the BBC that a common digital certificate "is not discriminatory at all". He argued that non-vaccinated tourists could also visit Greece this summer, but the procedure for them would be slower - they would have to be tested and might have to self-isolate on arrival.

Greece and Cyprus have agreed to admit Covid-negative Israeli tourists this summer - those who can prove their status with the Israeli "green" digital certificate. 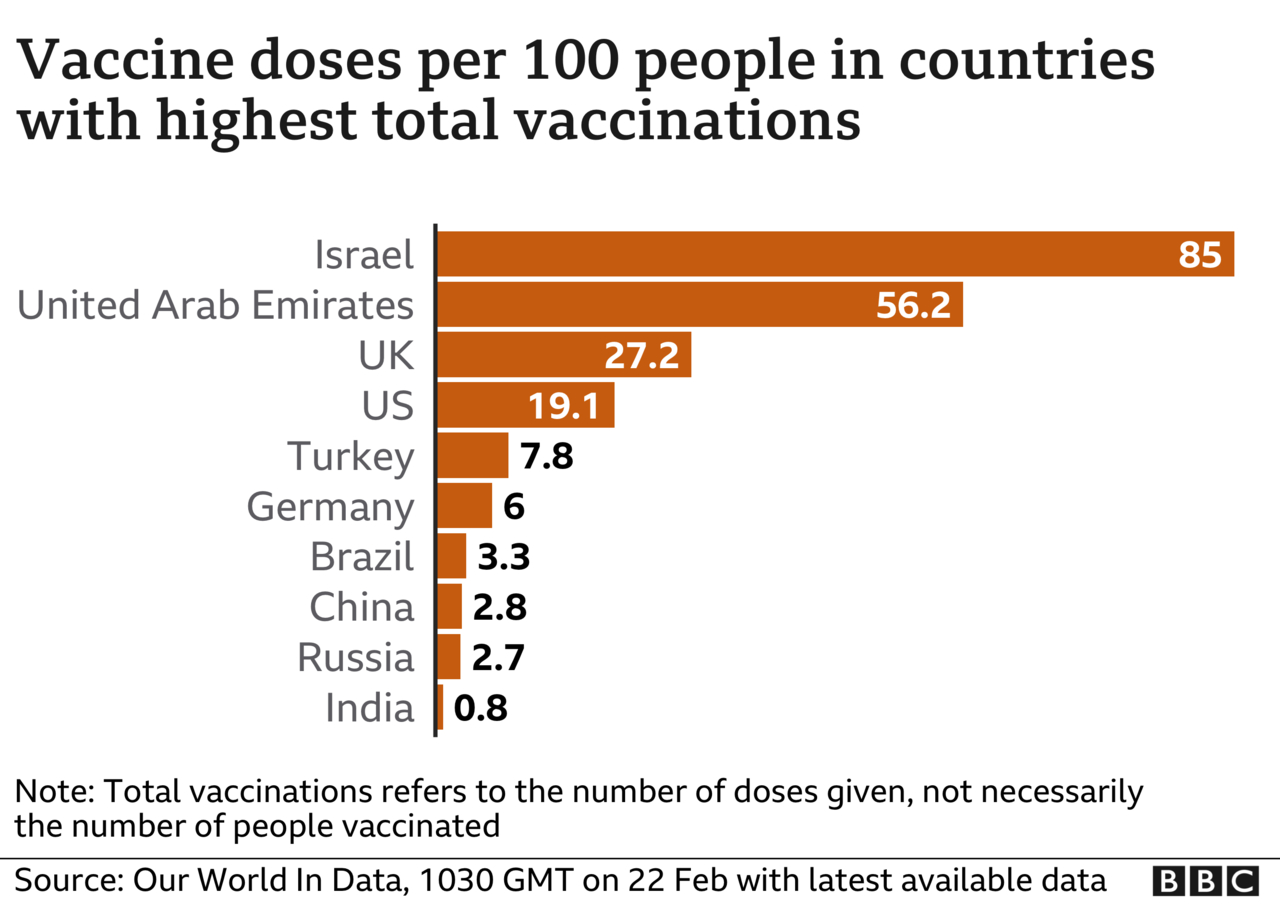 Greek Tourism Minister Harry Theocharis said a similar deal could be reached with the UK. However, the UK government has not yet approved any vaccination certificate, nor has it given the go-ahead for foreign holidays.

Greek tourism slumped disastrously last year because of the pandemic. Its revenues fell to €4bn (£3.5bn; $5bn), from €18bn in 2019, Reuters news agency reports. Tourism makes up about a fifth of the Greek economy, employing one in five workers.

"That should allow you to prove, on your mobile phone, that you've been tested, inoculated or have recovered [from Covid]. Our goal: to avoid a lengthy lockdown and finally enable freedom to travel again in the EU, and freedom to enjoy events and cuisine."

German Chancellor Angela Merkel said it would take three months to set up a data system for use at the borders and in national healthcare systems, but that most countries agreed that "a digital vaccination certificate" could be necessary in the future.

As some EU countries now struggle with a third wave of the virus there are tensions over unilateral border restrictions. Germany is the latest to have received a complaint from the European Commission, since it imposed new police checks on the Czech and Austrian borders.

During the virtual meeting on Thursday, EU leaders also discussed how to address concerns over the slow vaccine rollout that has been widely criticised.

The Commission - the EU executive - has been under fire over its vaccine procurement strategy. It got into a row with AstraZeneca, because the Anglo-Swedish drug firm fell far short of the first-quarter delivery target.

Some member states have also implied that the AstraZeneca vaccine is somehow inferior to others - French President Emmanuel Macron said at one point that it might be "quasi-ineffective" in the over 65s, without offering any evidence.

This has reportedly led to issues of authorities in some countries, such as Italy, reluctant to use supplies of the drug.

The Commission still aims to get at least 70% of adults vaccinated in the bloc by mid-September. But so far, the total vaccinated is below 10%.

European Commission President Ursula von der Leyen said she felt assured that the target would be met. "These are 255 million people in the European Union, and if we look at the planned figures, this is a goal we are confident we'll reach," she said.

The EU is desperately seeking ways to increase vaccine supplies and improve its ability to track new variants, BBC Europe correspondent Kevin Connolly reports. But it is pursuing policies that might pay off in months or years, when voters want answers in days or weeks, he says.