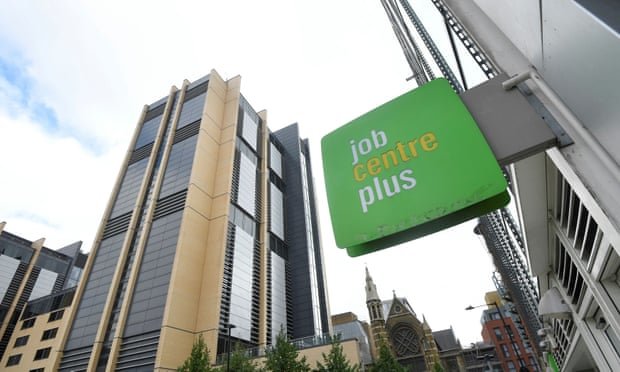 Young people in the UK are more than twice as likely to lose their jobs compared with older workers, according to a study that documents the growing divisions in the workplace since the Covid-19 pandemic hit in March.

In the past two months, the proportion of people to lose their job aged 16 to 25 was 11.1%, compared with 4.6% for those aged 26 and over, academics at the London School of Economics found.

The majority of young people – 58% – also experienced a fall in their earnings, compared with 42% across the rest of the working population.
With recent economic figures showing the UK’s growth slowing as the second wave of the virus forces more severe lockdowns, LSE said its report also found that women, self-employed people and those who grew up in a poor family were more likely to experience unemployment and wage cuts. 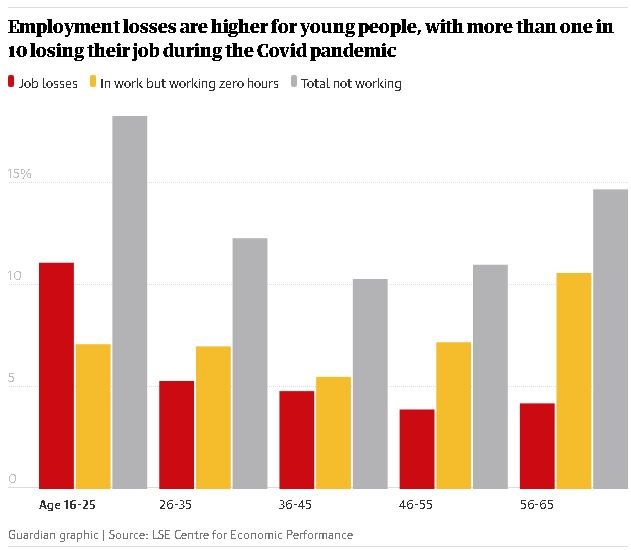 Last week Rishi Sunak said he was responding to the rising number of cases across the country and the closure of his furlough scheme with the fourth major economic update in as many months.

He upgraded the furlough scheme’s successor – the job support scheme – making it more generous for employers forced to close in local lockdowns. While business leaders and thinktanks welcomed the move, they warned the impact of the lockdowns could still trigger hundreds of thousands of job losses.

The Resolution Foundation said a report due out later this week examining the impact of Treasury support schemes found that the chancellor had failed to help many self-employed workers and especially those who were young and working in the gig economy.

The thinktank said a scheme to help self-employed people through the pandemic handed £1.3bn to workers who experienced no loss of income, while giving nothing to 500,000 people left without work, many of them young.

The LSE report’s authors warned the spectre of 1980s-style long-term unemployment was increasing, especially for those just starting to make their way in the jobs market.

In the report – Generation Covid: Emerging Work and Education Inequalities – they said the pandemic had heightened the need for a jobs guarantee directed at those under 26 that would give them a basic wage and on-the-job training.

“It is well – known that young workers entering the labour market in recessions suffer a range of consequences, impacting on earnings and jobs for 10 to 15 years, and affecting other outcomes including general health and the likelihood of entering a life of crime,” they said.

Fearing that the next generation of workers would struggle to gain the skills needed in a post-pandemic labour market, they said: “There is also a real concern that people who have lost their jobs are moving on to trajectories heading to long-term unemployment, the costs of which are substantial.”

Inequality in the workplace was also likely to worsen over the next decade, the report found, as university students from the lowest-income backgrounds lost 52% of their normal teaching hours as a result of lockdown, while those from the highest-income groups experienced a 40% loss.

As a result of this teaching disparity and other factors, university students are expected to change how they go about finding a job when they leave college.

The research found 63% of respondents said the pandemic had affected their wellbeing and 62% said it affected their long-term plans. Almost seven in 10 said they believed their grades had been affected.