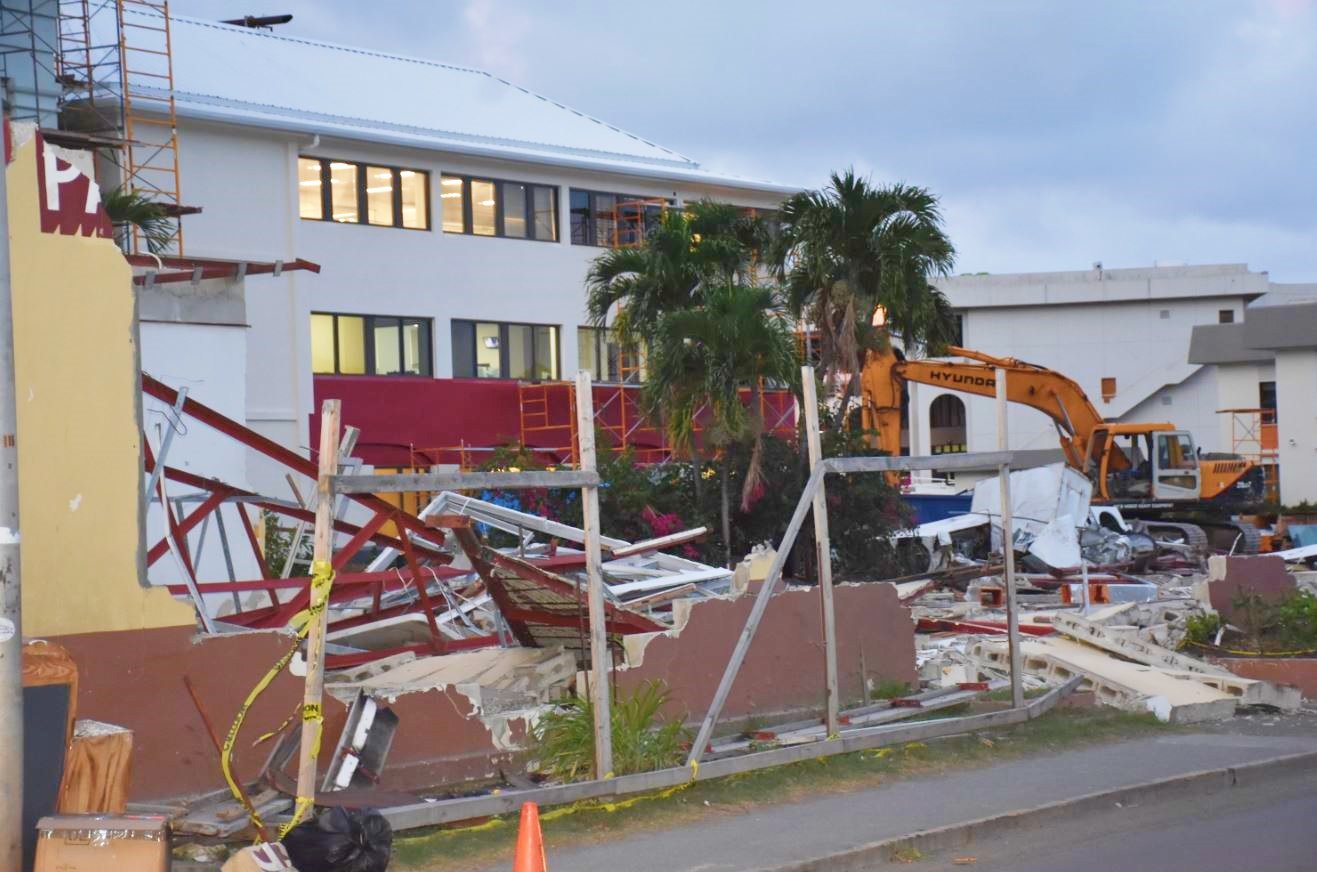 Only a BVI local or a Belonger of the British Virgin Islands will be eligible to be awarded the contract for the reconstruction of the Palm Grove Shopping Centre in Road Town.

This decision was one of many coming from a September 26 Cabinet meeting.

A post-meeting statement published on Tuesday expressly said, “Cabinet decided that the Expression of Interest and subsequent Request for Proposals for the rebuilding of the Palm Grove Shopping Centre be issued only to BVIslanders or Belongers of the Territory of the Virgin Islands”.

In the event a foreigner decides to partner with a local or Belonger, or a mixture of both, Cabinet said they can only be awarded the contract “once the BVIslander or Belonger or multiple BVIslanders or Belongers have majority ownership of the joint venture or consortium”.

Centre demolished because of unsafety

The Palm Grove centre was demolished since last August after authorities labelled it unsafe. In late 2017, all tenants were vacated after the old structure was weakened by the 2017 hurricanes.

Palm Grove was also affected by crystallite asbestos, a mineral commonly used in building construction. However, local experts said that type of the mineral found in Palm Grove was not dangerous.