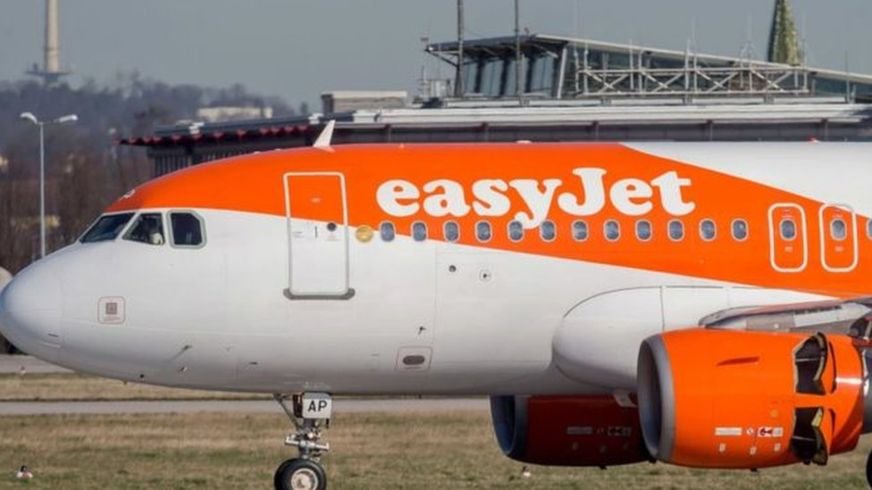 EasyJet passengers will be required to wear masks

EasyJet has said it will resume some flights on 15 June, with all passengers and cabin crew told to wear face masks to protect against the coronavirus.

The airline announced that it would restart a "small number" of routes where there is enough customer demand.

The initial schedule will include domestic routes across the UK and France.

Easyjet will require customers to wear face coverings and they will be expected to provide their own.

The airline told the BBC that from mid-June it would be running 189 flights per week on average.

The only international service from the UK will fly from Gatwick to Nice.

Elsewhere, some services will resume between Portugal, Switzerland and Spain.

Mr Lundgren said that further routes would be announced over the coming weeks "as customer demand increases and lockdown measures across Europe are relaxed".

The firm grounded its entire fleet in March as global travel came to a near-halt.

When flights restart, no food will be available on board and customers will have hand sanitiser and disinfectant wipes provided.

EasyJet said that its aircraft would also be subject to "enhanced cleaning and disinfection".

Mr Lundgren said: "These measures will remain in place for as long as is needed to ensure customers and crew are able to fly safely as the world continues to recover from the impact of the coronavirus pandemic."

The new rules were drawn up according to latest government advice and in consultation with aviation authorities such as the European Aviation Safety Agency (EASA).

On Wednesday, EASA and the US Centre for Disease Prevention and Control issued a new set of health standards for airlines hoping to start flying again.

They stopped short of calling for social distancing on planes due to the confined space, but added that other measures should be followed at all times.

Meanwhile, Heathrow Airport will start using thermal cameras to carry out temperature checks in a trial on some passengers from its Terminal 2 on Thursday.

Its chief executive, John Holland-Kaye, told the BBC's Today programme that this measure was already being used in many countries around the world.

"It will help us to understand whether this could be part of a common international standard to get people flying safely again," he said.

Several other airlines have indicated that they are considering resuming flights in the next few months.

Ryanair chief executive Michael O'Leary has said that the airline plans to ramp up flights in July when British Airways will also resume some flights.

EasyJet's announcement followed the admission earlier this week that a "highly sophisticated cyber-attack" had affected about nine million of its customers.

It said email addresses and travel details had been stolen and that 2,208 customers had also had their credit and debit card details "accessed".

The firm first became aware of the attack in January, and has informed the UK's Information Commissioner's Office while it investigates the breach. 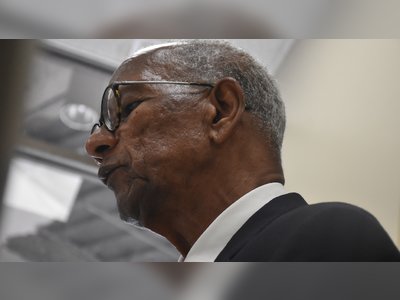 BVI Airways report: Was the BVI Government scammed or partner in the scam?

BVI Airways was a clear bribery case, orchestrated with full cooperation with BVI officials. Nice words cannot laundry the dirty case. The Deal was one sided at every step; no v... 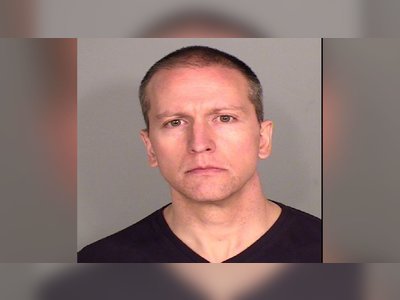