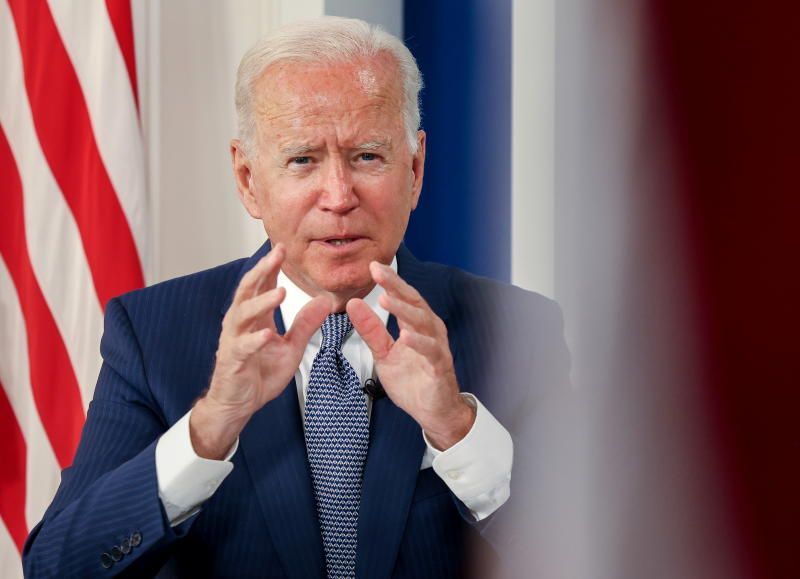 The world economy is heading into a potentially grim period as rising costs, shortages of food and other commodities and Russia’s continuing invasion of Ukraine threaten to slow economic growth and bring about a painful global slump.
Two years after the coronavirus pandemic emerged and left much of the globe in a state of paralysis, policymakers are grappling with ongoing challenges, including clogged supply chains, lockdowns in China and the prospect of an energy crisis as nations wean themselves off Russian oil and gas. Those colliding forces have some economists starting to worry about a global recession as different corners of the world find their economies battered by events.

Finding ways to avoid a slowdown while continuing to exert pressure on Russia for its war in Ukraine will be the primary focus of finance ministers from the Group of 7 nations who are convening in Bonn, Germany, this week.

At a news conference on Wednesday, Treasury Secretary Janet L. Yellen said that elevated food and energy prices were depressing both spending and economic output, creating what she called “stagflationary effects” all around the world.

“This is an environment that is filled with risks, both with respect to inflation, and also potential slowdowns,” Ms. Yellen said.

The economic challenges that governments around the globe are facing could begin to chip away at the united front that Western nations have maintained in confronting Russia’s aggression, including sweeping sanctions aimed at crippling its economy and efforts to reduce reliance on Russian energy.

Policymakers are balancing delicate trade-offs as they consider how to isolate Russia, support Ukraine and keep their own economies afloat at a moment when prices are rising rapidly and growth is slowing.

Central banks around the world are beginning to raise interest rates to help tame rapid inflation, moves that will temper economic growth by raising borrowing costs and could lead to higher unemployment. Christine Lagarde, president of the European Central Bank, last week signaled a possible increase in interest rates in July, which would be the ECB’s first such move in more than a decade.

Global growth is expected to slow to 3.6 percent this year, the International Monetary Fund projected in April, down from the 4.4 percent it forecast before both Russia’s invasion of Ukraine and China’s zero-Covid lockdowns.

On Monday, the European Commission released its own revised economic forecast, showing a slowdown in growth to 2.7 percent this year from the 4 percent estimated in its winter report. At the same time, inflation is hitting record levels and is expected to average 6.8 percent for the year. Britain’s annual inflation rate jumped to 9 percent last month, the highest in 40 years, the Office for National Statistics said on Wednesday. And some Eastern European countries face even steeper price increases, with Poland, Estonia, the Czech Republic, Bulgaria and Lithuania all facing inflation rates in excess of 11 percent.

Pressures on global supply chains also worsened in April as the Russian invasion of Ukraine and pandemic lockdowns in China made it more difficult for companies to source parts and products globally, a supply chain index published Wednesday by the Federal Reserve Bank of New York showed. That could further exacerbate shortages and price increases.

Eswar Prasad, the former head of the International Monetary Fund’s China division, summed up the challenges facing the G7 nations, saying that its “policymakers are caught in the bind that any tightening of screws on Russia by limiting energy purchases worsens inflation and hurts growth in their economies.”

“Such sanctions, for all the moral justification underpinning them, are exacting an increasingly heavy economic toll that in turn could have domestic political consequences for G7 leaders,” he added.

Still, the United States is expected to press its allies to continue isolating Russia and to deliver more economic aid to Ukraine despite their own economic troubles. Officials are also expected to discuss the merits of imposing tariffs on Russian energy exports ahead of a proposed European oil embargo that the United States fears could send prices skyrocketing by limiting supplies. Policymakers will also discuss whether to press countries such as India to roll back export restrictions on crucial food products that are worsening already high prices.

Against this backdrop is the growing urgency to help sustain Ukraine’s economy, which the International Monetary Fund has said needs an estimated $5 billion a month in aid to keep government operations running. The U.S. Congress is close to passing a $40 billion aid package for Ukraine that will cover some of these costs, but Ms. Yellen has called on her European counterparts to provide more financial help.

Finance ministers are expected to consider other measures for providing Ukraine with relief.

There is increasing interest in the idea of seizing some of the approximately $300 billion in Russian central bank reserves that the United States and its allies have immobilized and using that money to help fund Ukraine’s reconstruction. Treasury Department officials are considering the idea, but they have trepidations about the feasibility of such a move and the possibility that it would raise doubts about the United States as a safe place to store assets.

On Wednesday, Ms. Yellen dismissed the likelihood of such a move when she said liquidating Russian assets is “not something that is legally permissible in the United States.”

Ahead of the G7 meeting this week, American officials saw the economic challenges facing Europe firsthand. During a stop to meet with top officials in Warsaw on Monday, Ms. Yellen acknowledged the toll that the conflict in Ukraine is having on the economy of Poland, where officials have raised interest rates sharply to combat inflation. Poland has absorbed more than three million Ukrainian refugees and has faced a cutoff in gas exports from Russia.

“They have to deal with a tighter monetary policy just as countries around the world and the United States are,” Ms. Yellen told reporters. “At a time when Poland is committed to large expenditures to shore up its security, it is a difficult balancing act.”

A downturn may be unavoidable in some countries, and economists are weighing multiple factors as they gauge the likelihood of a recession, including a severe slowdown in China related to continuing Covid lockdowns.

The European Commission, in its economic report, said the E.U. “is first in line among advanced economies to take a hit,” because of its proximity to Ukraine and its dependence on Russian energy. At the same time, it has absorbed more than five million refugees in less than three months.

Deutsche Bank analysts said this week that they thought a recession in Europe was unlikely. By contrast, Carl B. Weinberg, chief economist at High Frequency Economics, warned in a note on Monday that with consumer demand and output falling, “Germany’s economy is headed for recession.” Analysts at Capital Economics predicted that Germany, Italy and Britain are likely to face recessions, meaning there is a “reasonable chance” that the broader eurozone will also face one, defined as two consecutive quarters of falling output.

“If inflation expectations and inflation prove more stubborn than we expect, and interest rates need to rise further as a result, then a recession most probably will be on the cards,” Ms. Redwood wrote in a note to clients this week.
#Coronavirus  #Covid

Oh ya 254 days ago
And not one word on how inflation is caused by the Fed printing trillions of dollars, but lets blame Russia for killing the NAZIS that the world fought in WW2.
View all comments (1)Add comment