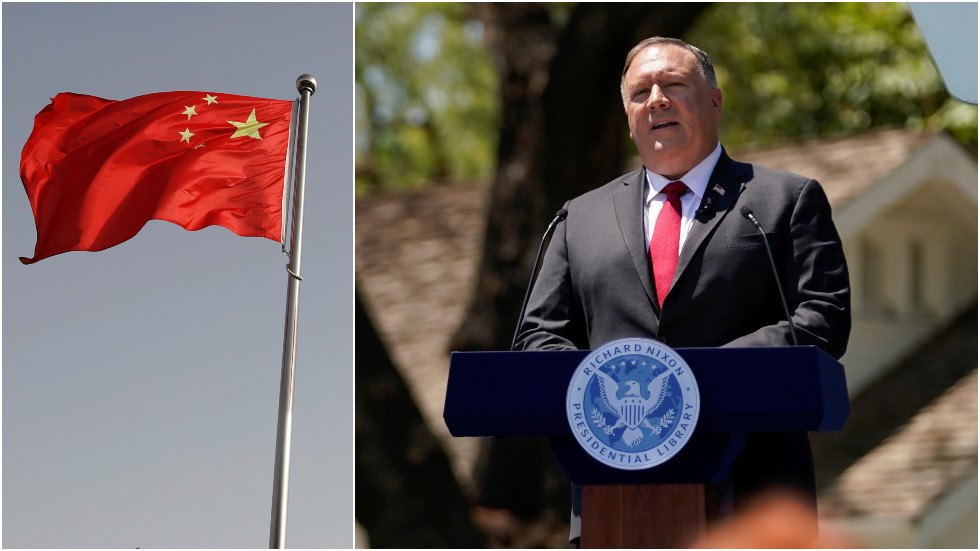 The FBI has claimed that Chinese researchers with secret military ties are active in dozens of US cities, just as the top US diplomat urged the ‘free world’ to unite against Beijing and cut the ‘Frankenstein monster’s tentacles.’

Through a series of recent interviews, the Federal Bureau of Investigation says it uncovered a “concerted effort” by a number of Chinese citizens conducting scientific research in the US to “hide their true affiliation” to the People’s Liberation Army, with the intent to “take advantage of the United States and the American people.” Four of those individuals have since been charged for visa fraud, according to the Department of Justice.

Researchers Charged with Visa Fraud After Lying About Their Work for China's People's Liberation Army https://t.co/SWIfd55Lz3

The accusation comes as Washington ratchets up tensions with the People’s Republic, expelling Chinese diplomatic staff from a consulate in Houston earlier this week as US President Donald Trump warned additional facilities could be shuttered.

Doubling-down on the anti-China rhetoric, Secretary of State Mike Pompeo appeared at the Nixon Presidential Library in California on Thursday to deliver a borderline messianic tirade against Beijing – which he titled “Communist China and the Free World's Future.” During the 40-minute address, Pompeo called on US allies to join a worldwide effort to “induce change” in the country’s behavior, warning that Beijing is a threat to “our people and our prosperity.”

While Pompeo said the administration had adopted a “tough” approach to China, he insisted that other nations join the initiative to “empower the Chinese people,” stopping just short of calling for outright regime change.

“Every nation will have to come to its own understanding of how to protect its national security, its economic prosperity, and its ideals from the tentacles of the Chinese Communist Party,” Pompeo said.

The secretary of state went on to condemn Chinese President Xi Jinping as a “true believer in a bankrupt totalitarian ideology” who is “destined to tyrannize,” asserting that “communists almost always lie.” Though Washington will continue to deal with Beijing, the “conversations are different these days,” Pompeo said, adding that the administration’s MO is now “distrust and verify” – putting a hawkish new spin on a Russian proverb famously invoked by Ronald Reagan in his dealings with former Soviet Union.

As the US inches toward its November presidential election, Washington has unleashed a torrent of accusations at Beijing in recent months – ranging from blaming the country for the coronavirus pandemic to targeting alleged rights abuses in Hong Kong and elsewhere. China has repeatedly denied wrongdoing, insisting the US is merely distracting from its own internal problems. It has, however, retaliated to some of Washington’s more hostile moves, most recently ordering a US consulate office in the city of Chengdu shuttered in response to the similar closure in Houston days earlier.