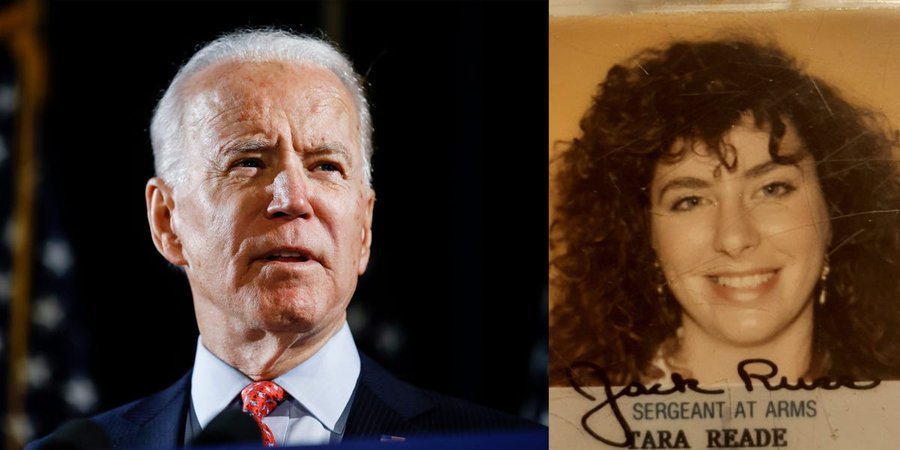 In addition to the bribe from China scandal, now a woman -Democrat- has filed a police report claiming that presidential candidate Joe Biden sexually assaulted her in 1993. As of today, she is alive and did not “comet suicide”.

Tara Reade filed a criminal complaint with the Washington Metropolitan Police Department of accusing the 2020 Democratic nomination of pushing her against the wall in a Senate corridor and penetrating her with his fingers, according to Business Insider.

The alleged incident occurred while Reade was working as a Senate staffer for Biden nearly 30 years ago.

Reade first made the claims against Biden last month. In a tweet, Reade thanked those who helped her come forward with the allegations, as well as "luminaries" who have supported her such as Susan Sarandon, John Cusack, and Rose McGowan.

Reade also confirmed that the statute of limitations around the claims against Biden have passed.

"I filed a police report for safety reasons only. All crim [sic] stats beyond limitations. Gratitude for all who have stood by me," Reade tweeted.

Reade also referenced scrutiny she received after it emerged she wrote a blog post in 2018 praising Russian President Vladimir Putin as a "compassionate, caring, visionary leader." The blog post has since been deleted and she has distanced herself from the remarks.

"I have been smeared and called vile names by Biden supporters. I was also accused of being called a Russian agent. I am not," Reade tweeted. "I will continue to speak out."

Reade said she decided to come forward with the claims against Biden to ensure that "powerful men" are held accountable for their actions.

"I was trying to have a deeper conversation about sexual harassment in the workplace and powerful men," Reade said. "I'm not going to get traditional justice, like with [Harvey] Weinstein's case. I'm looking for something more existential-to not have to keep a secret because it's somebody powerful."

In a statement at the time, Biden's team denied the accusations against him.

"Women have a right to tell their story, and reporters have an obligation to rigorously vet those claims," said Deputy Campaign Manager and Communications Director Kate Bedingfield. "We encourage them to do so, because these accusations are false."

Marianne Baker, who served as executive assistant to then-Senator Biden from 1982 to 2000, also rejected the claims.

"In all my years working for Senator Biden, I never once witnessed, or heard of, or received, any reports of inappropriate conduct, period-not from Ms Reade, not from anyone," she told Newsweek.

"These clearly false allegations are in complete contradiction to both the inner workings of our Senate office and to the man I know and worked so closely with for almost two decades."

Biden's office and the Washington Metropolitan Police Department have been contacted for comment.