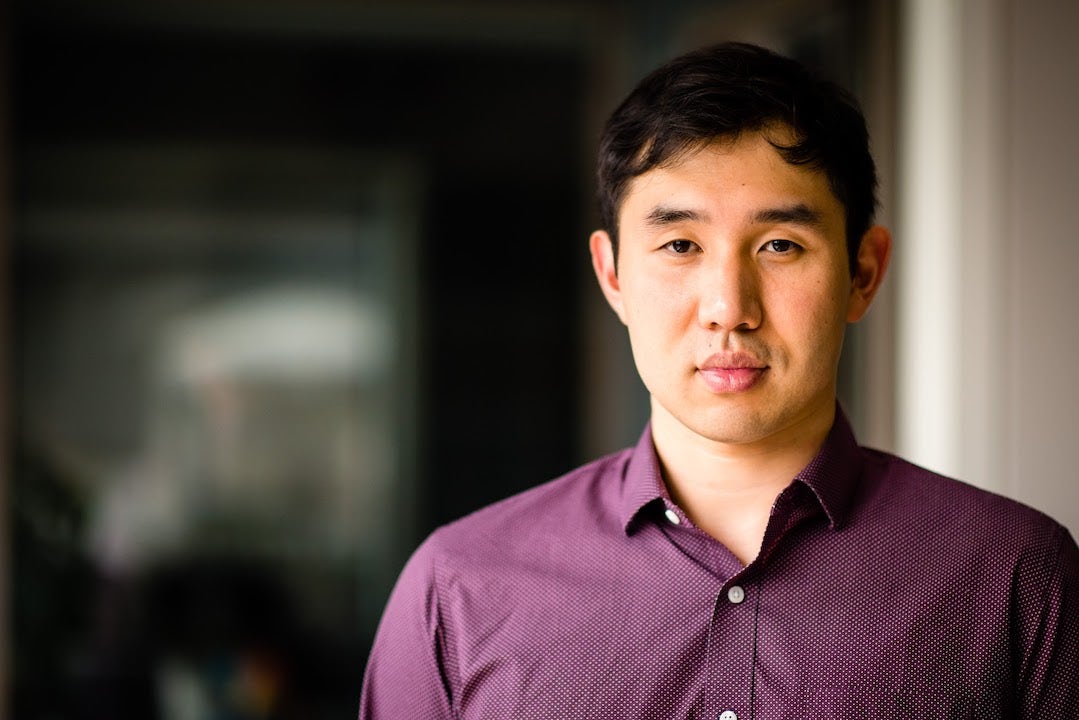 This TikTok sensation has amassed over 748,000 followers talking about careers, the tech industry, investing, and more.

A former software engineer is making a name for himself on TikTok offering advice on careers, the tech industry, investing, and more.

Frank Niu, a full-time dad who retired at age 30 after working at IBM, Credit Karma, Netflix and GrubHub, which Amazon just took a small stake in, tells FOX Business that his Tiktok account was created in early December of last year to compete with his wife.

My wife had actually started at Tiktok account. She had a couple thousand followers and she was kind of gloating about it, saying "Check it out. I'm so famous." Like rubbing it in my face," Niu explains. "We're both very, very competitive people. And so I thought, 'Okay, you know what? I'm going to start my own TikTok account and I'm going to beat you. Give me until end of the year.'"

Within three to four days of launching his account, Niu easily surpassed his wife's follower count. Since then, the multi-millionaire has amassed over 748,000 followers.

"I did really well for my group as one of the top performers, but after one year they didn't give me a promotion, which really made me quite upset," he explained. "I actually quit my job before I even found a new one."

After leaving IBM in June 2015 and losing a portion of his money to day trading, Niu moved to San Francisco in hopes of working for a tech startup.

Though he secured a position as a DevOps engineer with the tech firm Dwolla a month after leaving IBM, the stint was short-lived as he was laid off in December 2015. During that job, he earned a salary of $125,000 salary, a $5,000 signing bonus and stock options.

Two months later, he joined Credit Karma as a senior software engineer, where he was given a $138,000 salary and $100,000 stock package. Although Credit Karma "checked a lot of the boxes" he was looking for in a company, he ended up quitting that job in May 2017 to go run a cryptocurrency startup, which "went nowhere."

As Niu focused on his next move, he and his then-girlfriend were thinking about getting engaged and settling down. The couple ended up moving to Chicago where Niu took a job with GrubHub in July 2017 as a senior site reliability engineer, earning a $140,000 salary, a $7,500 sign on bonus and a $200,000 stock package.

"The job and everything was great," he said. "I got really lucky with my stock grants, hit like 4x or something, so my total salary and compensation shot up to like an insane level."

Ultimately, they decided not to stay in Chicago long-term and have since settled down in Canada. Niu got a job as a tech lead with Netflix in April 2019, which ended up offering him more than $500,000 in total compensation. However, he reevaluated what was important in his life following a death in the family and the emergence of the COVID-19 pandemic.

"Basically my entire reporting channel at Netflix from like the vice president down to my immediate manager was let go within the span of like two years or so during the time I was working there," he noted. "And I got a new manager who, as new managers do, shake things up. And she wanted me to come back early from paternity leave. And I made it very clear before I left that I was not going to do that."

In October, he took severance from the streaming behemoth and started raising his two kids full-time. At the time of his departure, he and his wife had surpassed their goal of reaching $2 million in assets.

"Money doesn't buy happiness, but it buys you freedom," he said. "I'm able to focus on family or friends or my health or things that I care more about."

In addition to raising his kids and posting on TikTok, Niu and his wife have started a podcast. He's also made his first angel investment with Beacons and has been asked to serve as an advisor at several startups.

Niu's advice for anyone looking to retire early is to work in a high-paying career that allows you to maximize your salary, job-hop frequently to ensure you're being paid the highest possible rate in your field, live below your means and invest your money.

For new investors getting started, he recommends dollar cost averaging into S&P 500 index funds. In order to protect yourself from inflation, he suggests Series I Savings bonds.

Niu also emphasizes the importance of not letting fear or negativity get in the way of trying to be financially successful.

"It's the people I've known throughout my life that are the hardest working and have the greatest ambition who've been really able to grab a hold of traditional financial success and be where they are in life. And like, none of them made excuses," he said. "Yes, there is an element of luck, but you're not going to get any luck if you don't try."