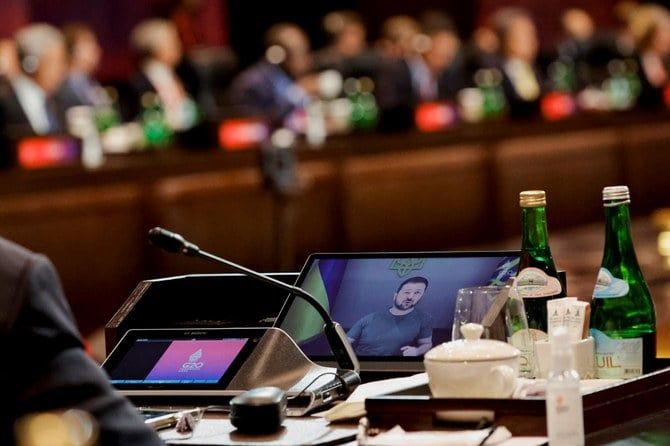 Most of the leaders of the G20 who participated in the Bali summit have condemned Russia’s invasion of Ukraine and demanded its unconditional withdrawal from Ukrainian territory in the final declaration.

The statement, issued on Wednesday, was the outcome of a challenging meeting that took place at a moment of geopolitical turmoil and fears of a global recession.

The war in Europe, which has fueled tensions among G20 members over a global surge in food and energy prices, was the most contentious issue during the leaders’ discussions.

“Most members strongly condemned the war in Ukraine and stressed it is causing immense human suffering and exacerbating existing fragilities in the global economy,” G20 leaders said in their declaration. 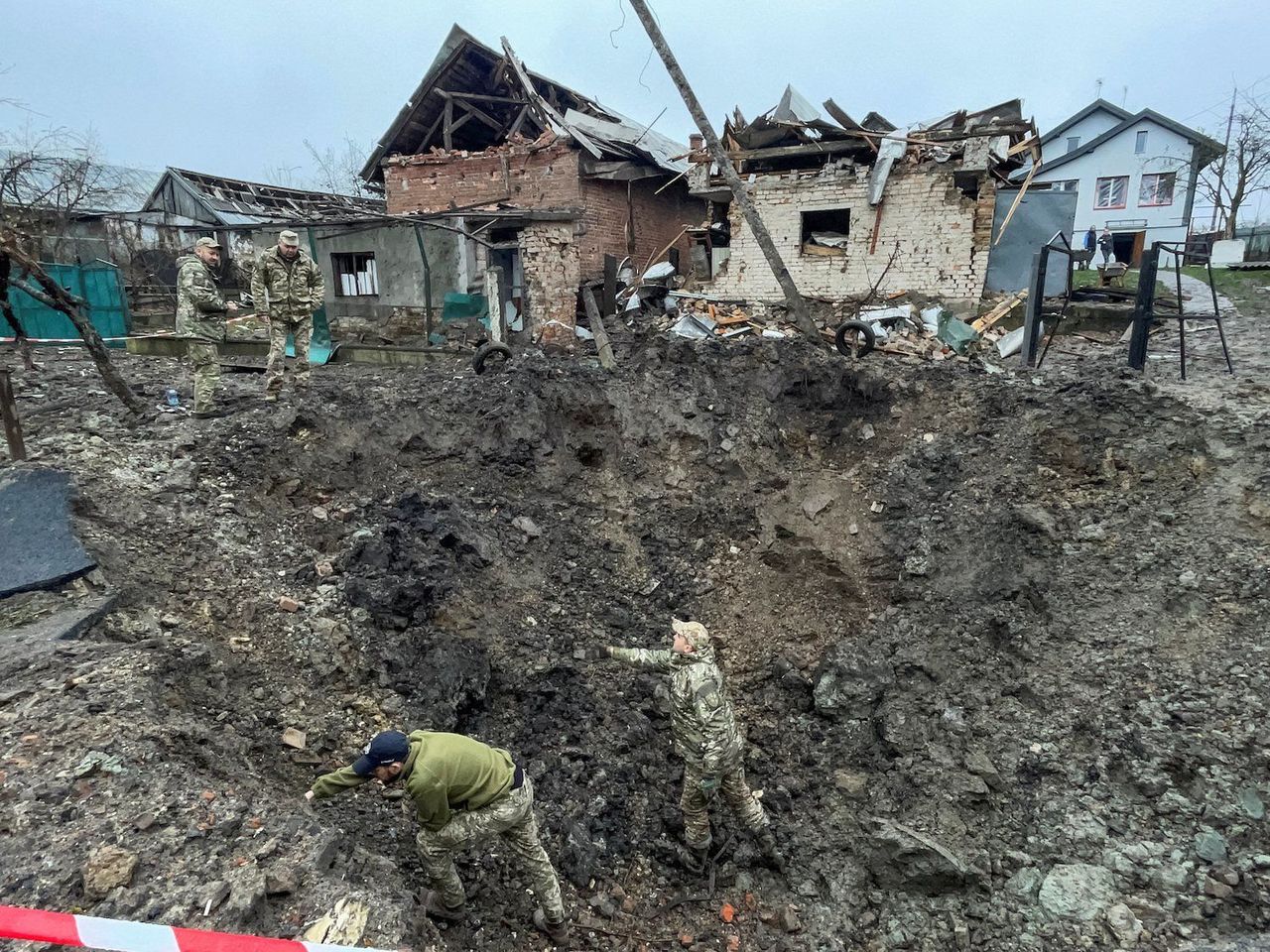 Ukrainian service members inspect a crater at a site of a residential area damaged by a Russian missile strike, amid Russia's attack on Ukraine, in Lviv, Ukraine November 16, 2022.
“Recognizing that the G20 is not the forum to resolve security issues, we acknowledge that security issues can have significant consequences for the global economy.”

The document was the first joint statement issued by the G20 since the beginning of Russia’s invasion of Ukraine in late February. Russia is a member state of the group.

G20 leaders said international law must be upheld and that the threat of the use of nuclear weapons was “inadmissible.”

The G20, comprising 19 states and the EU, accounts for over 80 percent of the world’s gross domestic product, 75 percent of international trade and 60 percent of its population. The group includes countries ranging from Brazil to Saudi Arabia. 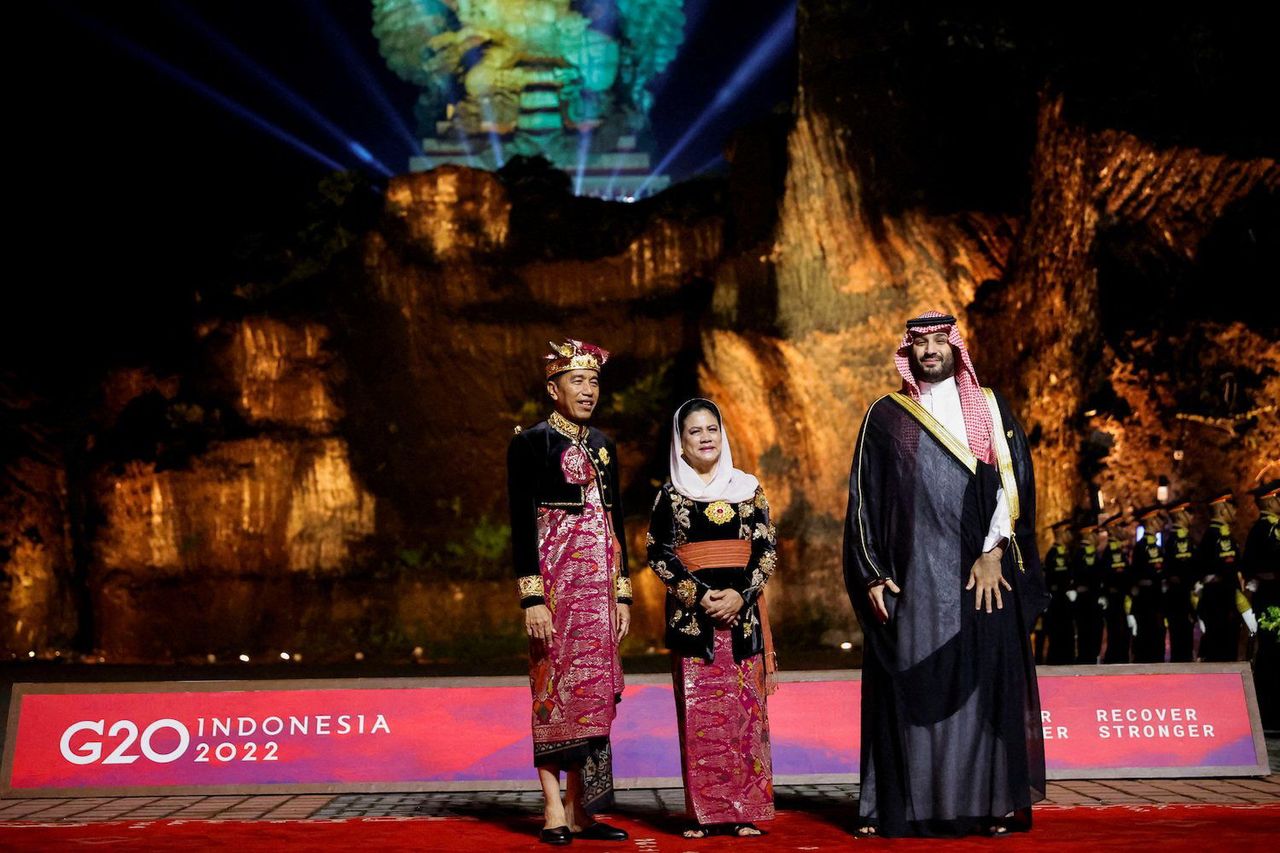 President of host Indonesia, Joko Widodo, gave his “highest appreciation to all those who attended” the summit, noting that their “flexibility” gave way for the declaration to be formally adopted.

Widodo said after the closing ceremony that the bulk of the debate had focused on one paragraph on what was happening in Ukraine, adding that the discussions had gone late into midnight.

“The discussion on this was very, very tough and by the end, G20 leaders agreed on the content of the declaration, which was the condemnation of the war in Ukraine because it had violated country borders and integrity,” he said. 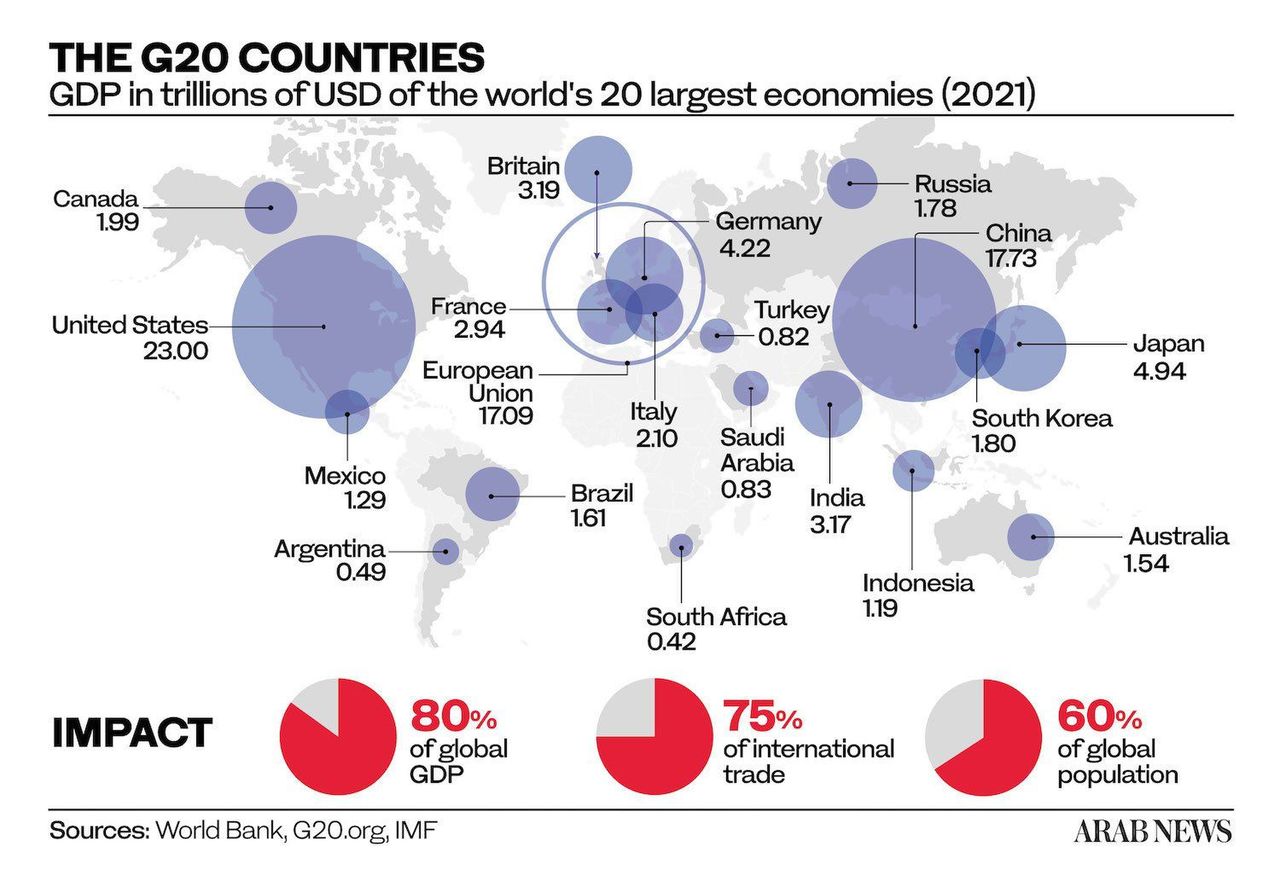 “We achieved the Bali declaration through consensus. We agreed that the war had a negative impact on the global economy.

“Global economic recovery would not be achieved without peace, and that is why at the opening remarks (of the session on Wednesday) I had…called for a stop to the war.”

UK Prime Minister Rishi Sunak, in a press conference held on the sidelines of the G20 Summit, singled out Russian President Vladimir Putin, who had canceled his participation in the Bali forum and was represented by Foreign Minister Sergey Lavrov. 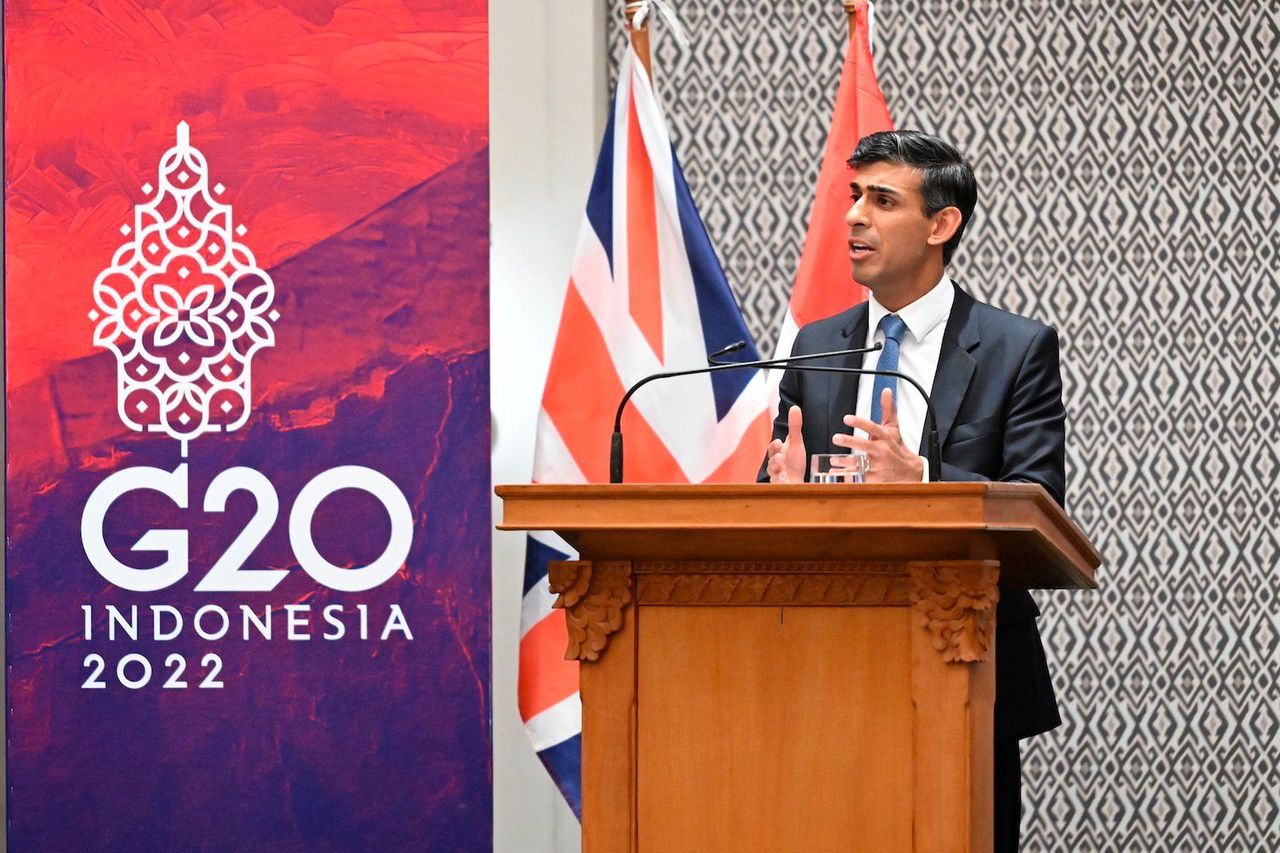 “The persistent threat to our security and global economic asphyxiation has been driven by the actions of the one man unwilling to be at this summit — Vladimir Putin,” Sunak said. “There is not a single person in the world who hasn’t felt the impact of Putin’s war.

“But in Indonesia this week, the rest of the G20 have refused to let Russia’s grandstanding and hollow excuse-making undermine this important opportunity to make life easier for our people.”

The schedule at the summit was disrupted by an emergency meeting on Wednesday morning, as G7 and NATO leaders met to discuss reports of an overnight missile landing that killed two people in Polish territory near Ukraine.

US President Joe Biden initially told allies that the missile was “unlikely” from Russia and later said that it was a Ukrainian air defense missile, according to a report from Reuters news agency. 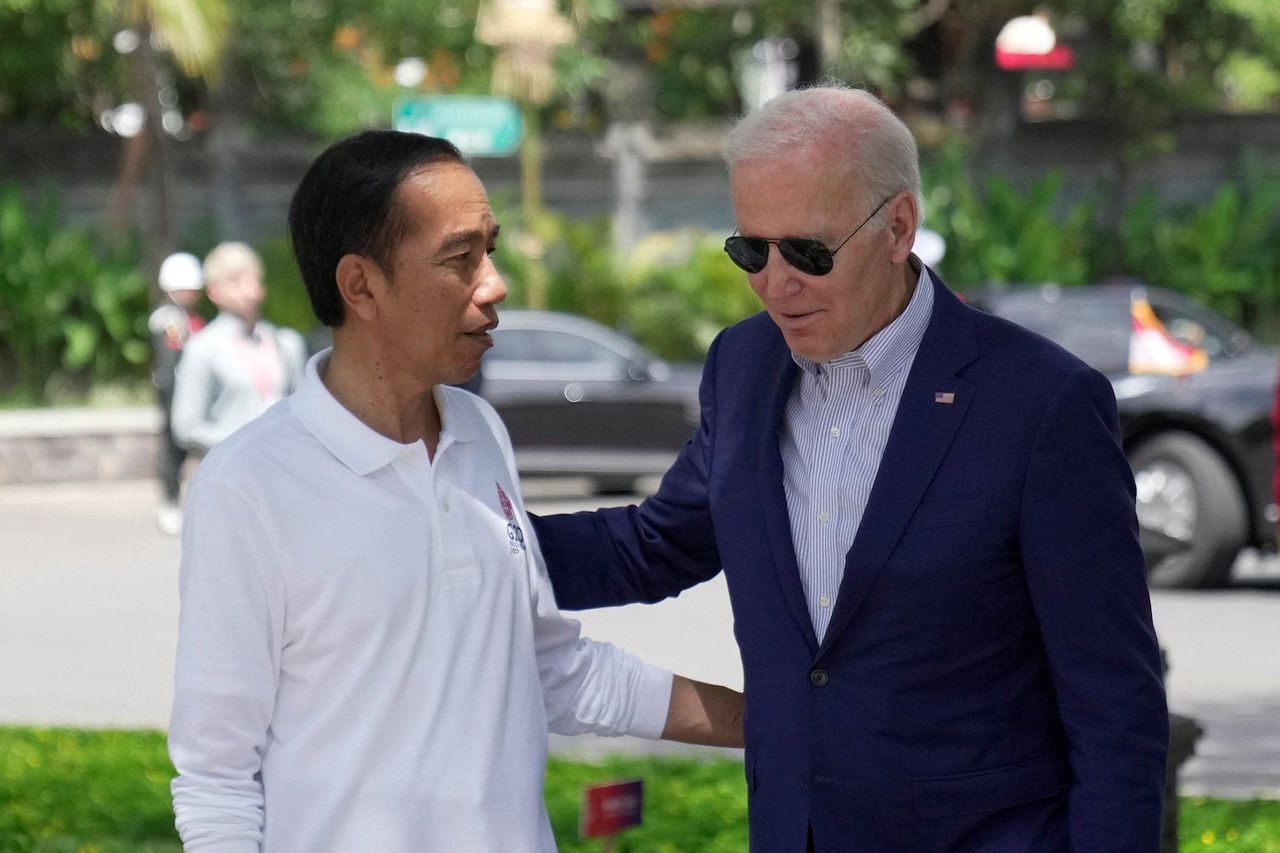 The second day of the summit also saw G20 leaders dressed in white shirts, taking a break from negotiations and participating in a mangrove-planting event to signal efforts in addressing climate change.

The leaders have also committed to limit the rise in global temperatures to 1.5 degrees Celsius — which includes speeding up efforts to phase down unabated use of coal — and confirmed that they are sticking to the temperature goal from the 2015 Paris Agreement on climate change. 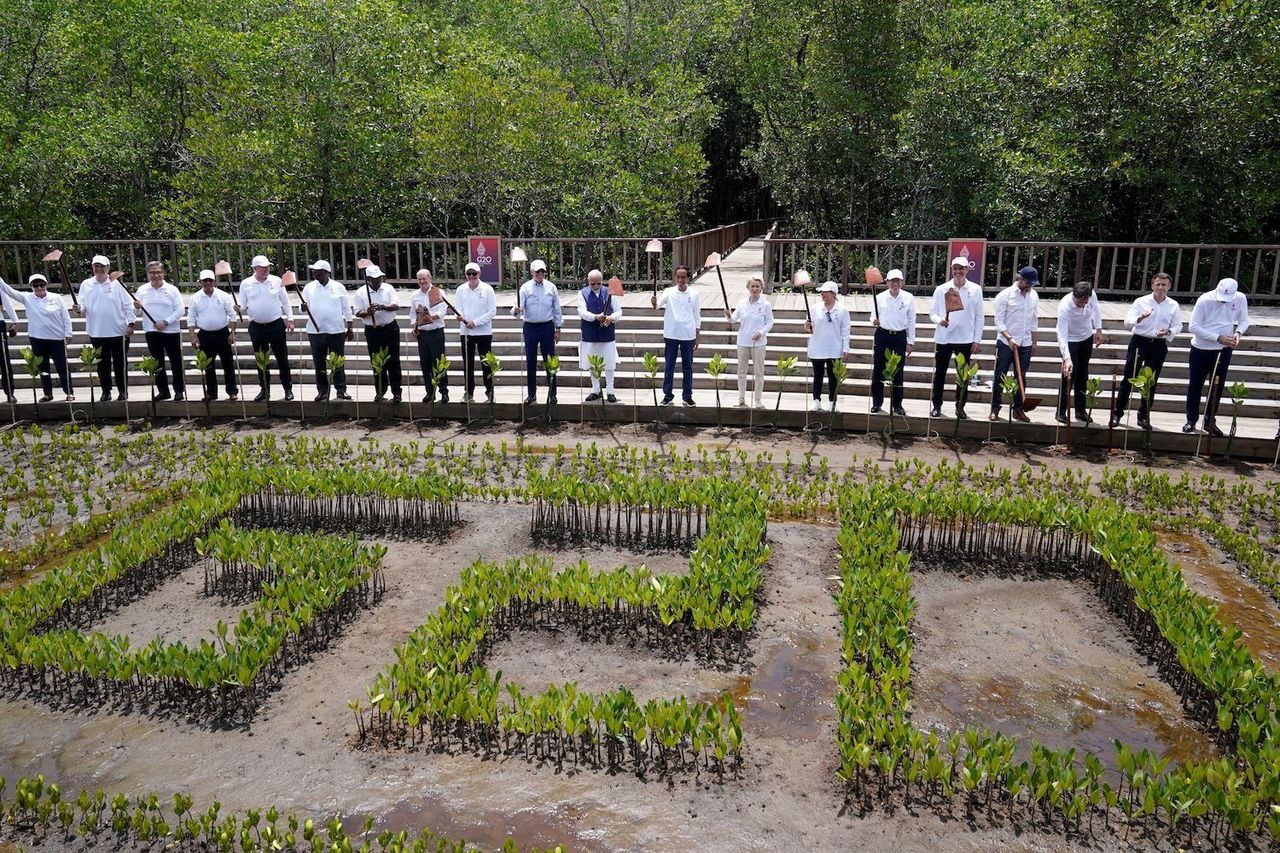 G20 Leaders pose for a group photo during a tree planting event at the Taman Hutan Raya Ngurah Rai Mangrove Forest in Bali on November 16, 2022.

In the declaration, G20 members also said the world economy was facing “unparalleled multidimensional crises” that ranged from the war in Ukraine to a surge in inflation, which have forced many central banks to tighten their monetary policies.

“G20 central banks…are closely monitoring the impact of price pressures on inflation expectations and will continue to appropriately calibrate the pace of monetary policy tightening in a data-dependent and clearly communicated manner,” the document read.

G20 leaders have reaffirmed their commitment to avoid excessive currency volatility, recognizing in the declaration that many currencies have “moved significantly this year with increased volatility.”

Widodo officially handed over the G20 presidency to India at the end of the summit with a symbolic passing of a gavel at the closing ceremony. 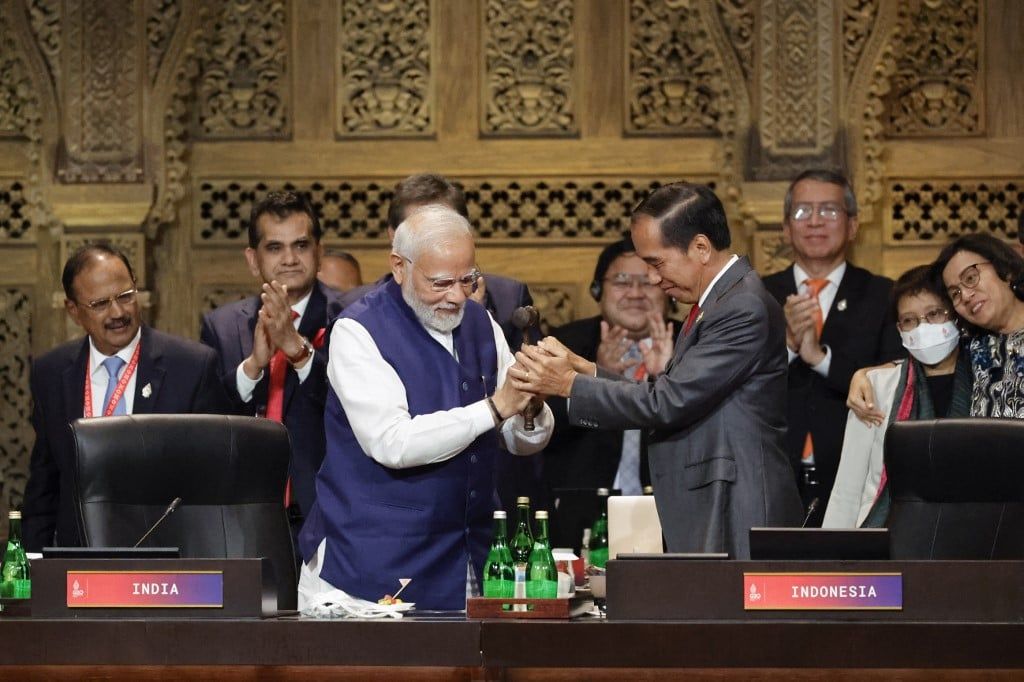 Indonesia, the world’s fourth-most populous country and Southeast Asia’s largest economy, has held the rotating G20 presidency since December last year and had adopted the theme “Recover together, recover stronger” in the wake of the coronavirus pandemic and its economic consequences.

“I want to extend my congratulations to India, which will take over the next G20 presidency. The faith to safeguard and actualize global recovery and strong and inclusive growth will now be in the hands of the honorable Prime Minister Narendra Modi,” Widodo said.

“I am certain that under Prime Minister Modi’s leadership, G20 will continue to move forward. Next year, Indonesia is ready to support India’s G20 presidency.” 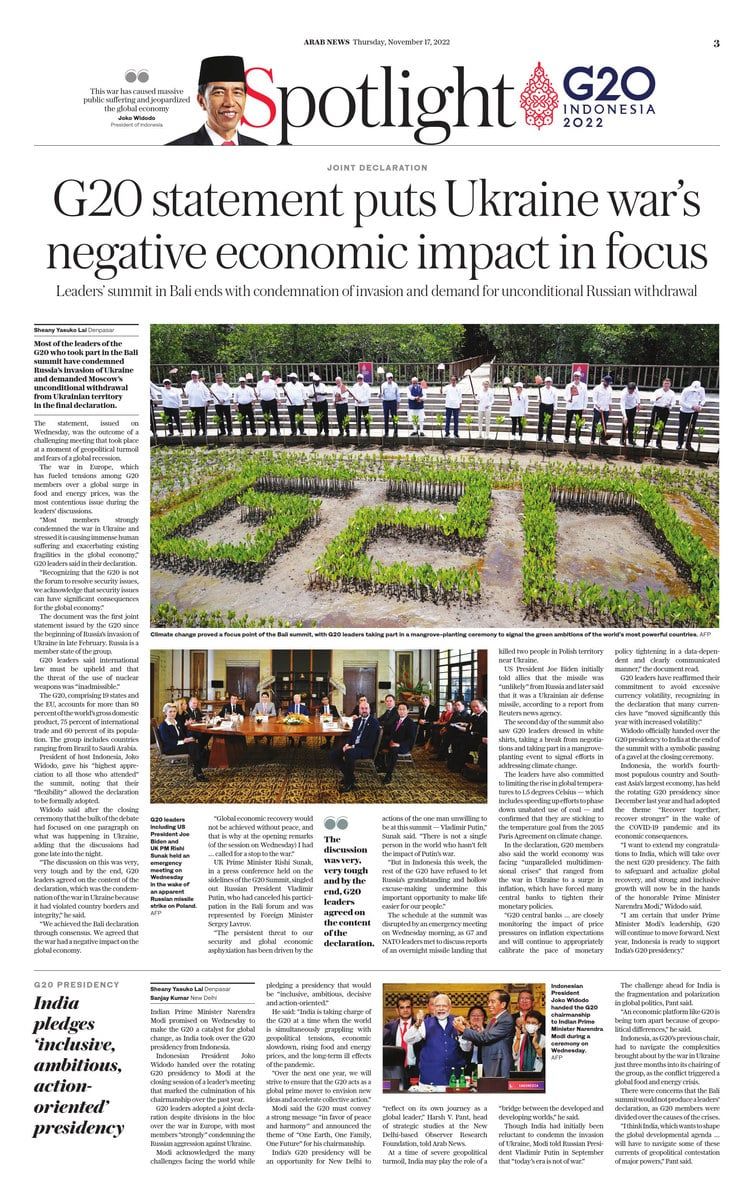