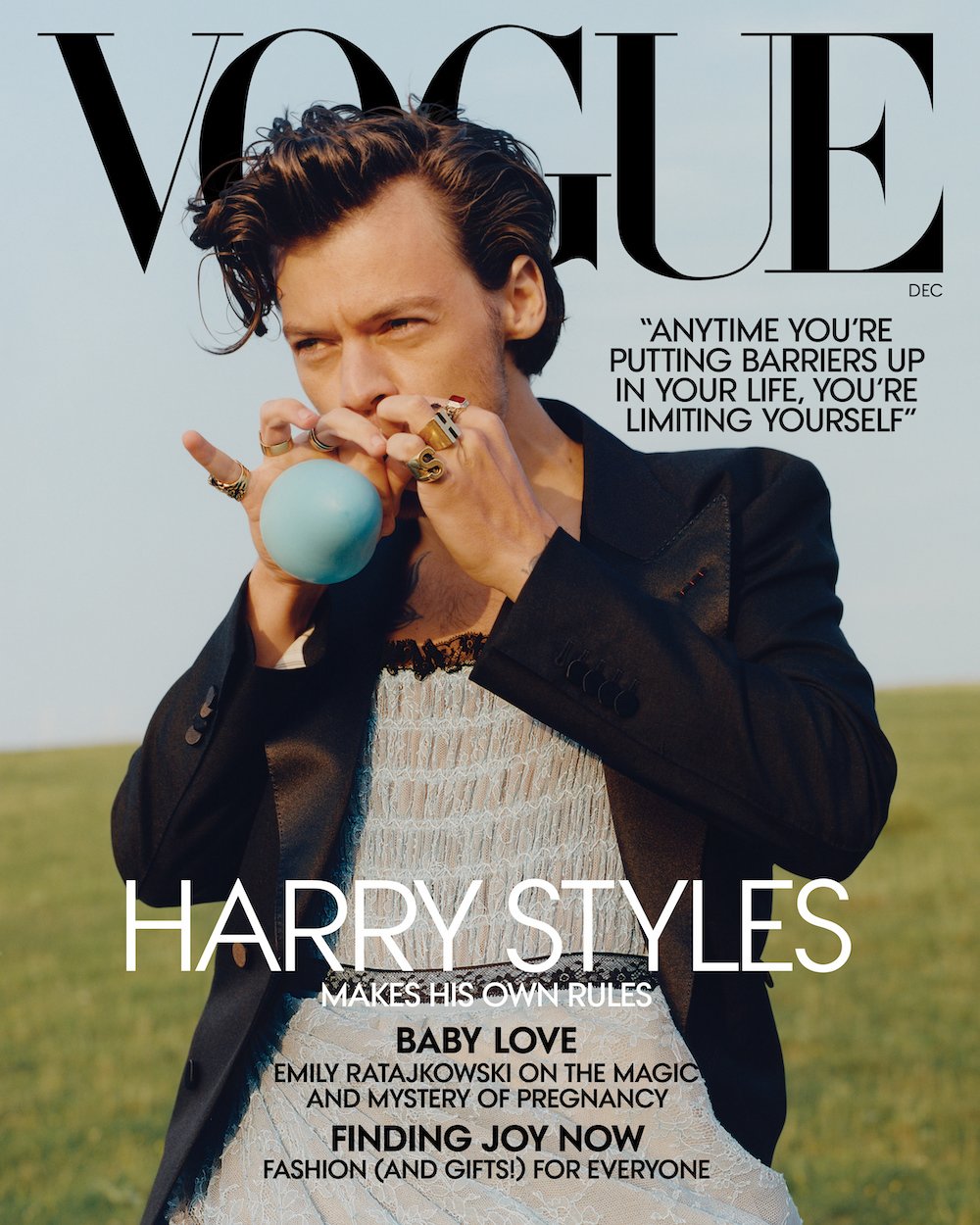 The magazine made history by featuring the musician as its first-ever male cover star – but prominent conservatives voiced disapproval over what he was wearing.

The image felt representative of a growing exploration of gender-fluidity and non-binary dressing taking place, popular among the very millennial and Gen-Z shoppers Vogue is targeted towards. However, prominent conservatives – from Candice Owens to Ben Shapiro – voiced disapproval of Styles wearing dresses. Owens wrote on her Twitter page Friday evening: “Bring back manly men.”

Read how the star is making and playing by his own rules: https://t.co/tQPLi5OEtj pic.twitter.com/AxZgxE68Rx

“There is no society that can survive without strong men,” Owens, a rightwing media powerhouse, said. “The East knows this. In the west, the steady feminization of our men at the same time that Marxism is being taught to our children is not a coincidence. It is an outright attack.” [sic]

Ben Shapiro, a conservative pundit, appeared to agree with Owens’ attacks. He shared her tweet and added: “Anyone who pretends this is not a referendum on masculinity for men to don floofy dresses is treating you like a full-on idiot.”

This is perfectly obvious. Anyone who pretends that it is not a referendum on masculinity for men to don floofy dresses is treating you as a full-on idiot. https://t.co/cioUNBh4bi

These comments fit in with how contested and divisive debates around gender expression have become in the US, even when a massively popular musician such as Styles, who identifies as cisgender, engages in progressive developments.

This is not the first time Styles has played around with fashion in bold ways. The singer wore a black dress by the Japanese brand Commes Des Garçons on the cover of the Guardian Weekend and defended the queer aesthetics of his visual work. “I’m not just sprinkling in sexual ambiguity to be interesting,” he said. “I want things to look a certain way. Not because it makes me look gay, or it makes me look straight, or it makes me look bisexual, but because I think it looks cool.”

Fellow Hollywood stars were quick to come to Styles’ defense. Olivia Wilde, who is currently directing a Styles-led film, replied to Owens’ tweets with: “You’re pathetic.” And The Good Place actress Jameela Jamil tweeted out in Styles’ defense: “Manly is whatever you want it to be.”

Meanwhile, others have argued Styles cover may not be enough for increasing acceptance towards non-binary expression and identities. “Harry Styles’ Vogue cover may be historic, but it isn’t radical,” the Daily Beast declared in a headline. If this is the furor a white, cis man wearing a dress on Vogue breeds, it is hard to imagine what a model from a marginalized background – say, a trans woman of color (which Vogue has yet to feature on its cover) – would face.