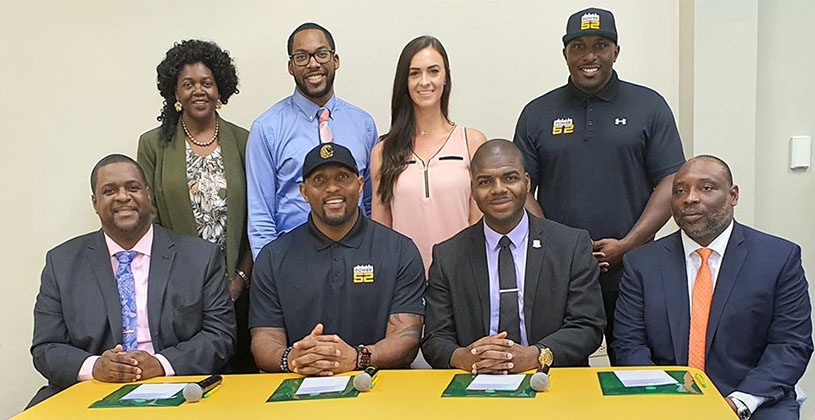 Minister for Education, Culture, Youth Affairs, Fisheries and Agriculture, Dr. the Honourable Natalio D. Wheatley said the step that Government is making to offer technician training in solar energy will better the lives of future generations.
Honourable Wheatley was making remarks at the signing of a Memorandum of Understanding (MOU) on January 22 between the H. Lavity Stoutt Community College (HLSCC) and Power 52, an employment training company for solar energy.

Honourable Wheatley said that the Territory is doing its part to lessen disasters caused by climate change through renewable energy.

He said, “And though the Virgin Islands is just a small dot on the map and not the biggest contributor by far to the greenhouse gas emissions which scientist have confirmed are causing this devastating series of events, we each personally have to take responsibility as member of the human family.”

Meanwhile, Acting President of the HLSCC, Dr. Richard Georges stated that it is no longer enough for the college to be offering the same programmes for 30 years. He said the college’s new position is to become the regional institution of choice and new and redeveloped programmes such as the solar technician training and the maritime progrommes will position the institution to be such.

Dr. Georges said, “The programme that is being designed today, will ensure that its graduates are able to work anywhere in the world. The level of certifications that will be made available will ensure that persons who complete this programme, will be able to install solar systems anywhere. That is an invaluable asset to have.”

The new Solar Technician Training programme will be targeted to locals in an effort to have them better equipped for new jobs foreseen. The programme’s MOU was a joint effort between the British Virgin Islands Electricity Corporation, HLSCC, Power 52, and Unite BVI.
#the Virgin Islands
Add Comment