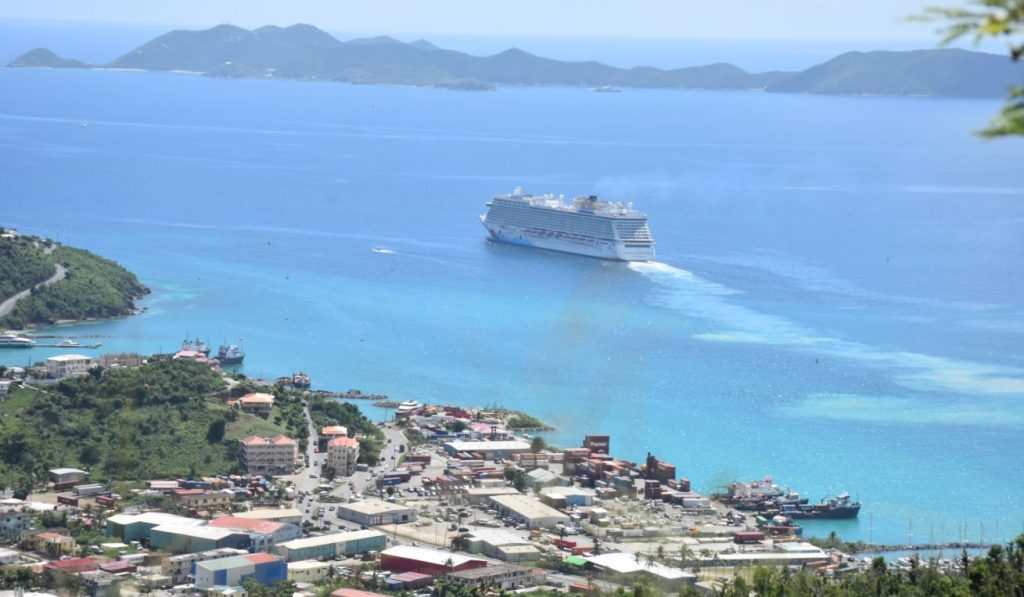 The British- and neighbouring United States Virgin Islands on Tuesday convened their 8th annual Inter-Virgin Islands Council meeting - the first to be held since the category-five hurricanes that ravaged the two territories back in 2017.

The two territories are expected to discuss matters relating to public health, air and sea travel, border security, among other things.

Speaking at the launch of the meeting on Tuesday, the two territory’s political leaders -Premier Andrew Fahie and USVI Governor Albert Bryan, Jr -both described their residents as the key to achieving economically successful and resilient territories.

“Together we can set policies to help the people of the British and United States Virgin Islands, to be able to contribute and benefit from our respective destinations and jurisdictions, with a shared purpose where possible or necessary,” he added.

People the strength and not government

Premier Fahie further expressed that the strength of the Inter-Virgin Islands Council comes from the people and not the governments, as governments are solely an extension of the people.

He said: “When we meet it is about how the greater Virgin Islands through the people can use what we have in our hands to build each other … As we forge ahead, we will remember our shared experiences and continue to work together in pursuit of our highest collective aspirations.”

“I am certain that our spirit of friendship, economic advancement and good will, which has served us so well in the past will continue to guide us through this new period of transformation,” Premier Fahie concluded.

BVI and USVI to strive through its people

Meanwhile, Governor Bryan said that Premier Fahie’s vision for both territories is in alignment with plans of his own, as he also views the territories striving through its people.

He also said that during the deliberations between both territories, he will be finding the commonalities to further strengthen future relations.

“As we talk today, we know we have this interdependency that is really based on family, and we have an economic and social responsibility to both places, to work together, not to just make things ok, but to make these islands strive,” the USVI Governor stated.

“We must seek to see what are the dependent businesses and industries that we can work collaboratively together to make this place better than it can be,” Governor Bryan added.

Matters to be discussed

This is the first Inter-Virgin Islands Council meeting to be held since the two category-five hurricanes that ravaged the two territories back in 2017.

The meeting is being convened to discuss matters of mutual interests between the BVI and the USVI.

According to a recent government-commissioned media release, these matters to be discussed may specically include coordination on precautionary measures on the Corona Virus, air traffic coordination, cruise ship or cruise line coordination, and the forming and organising of tourism strategies.