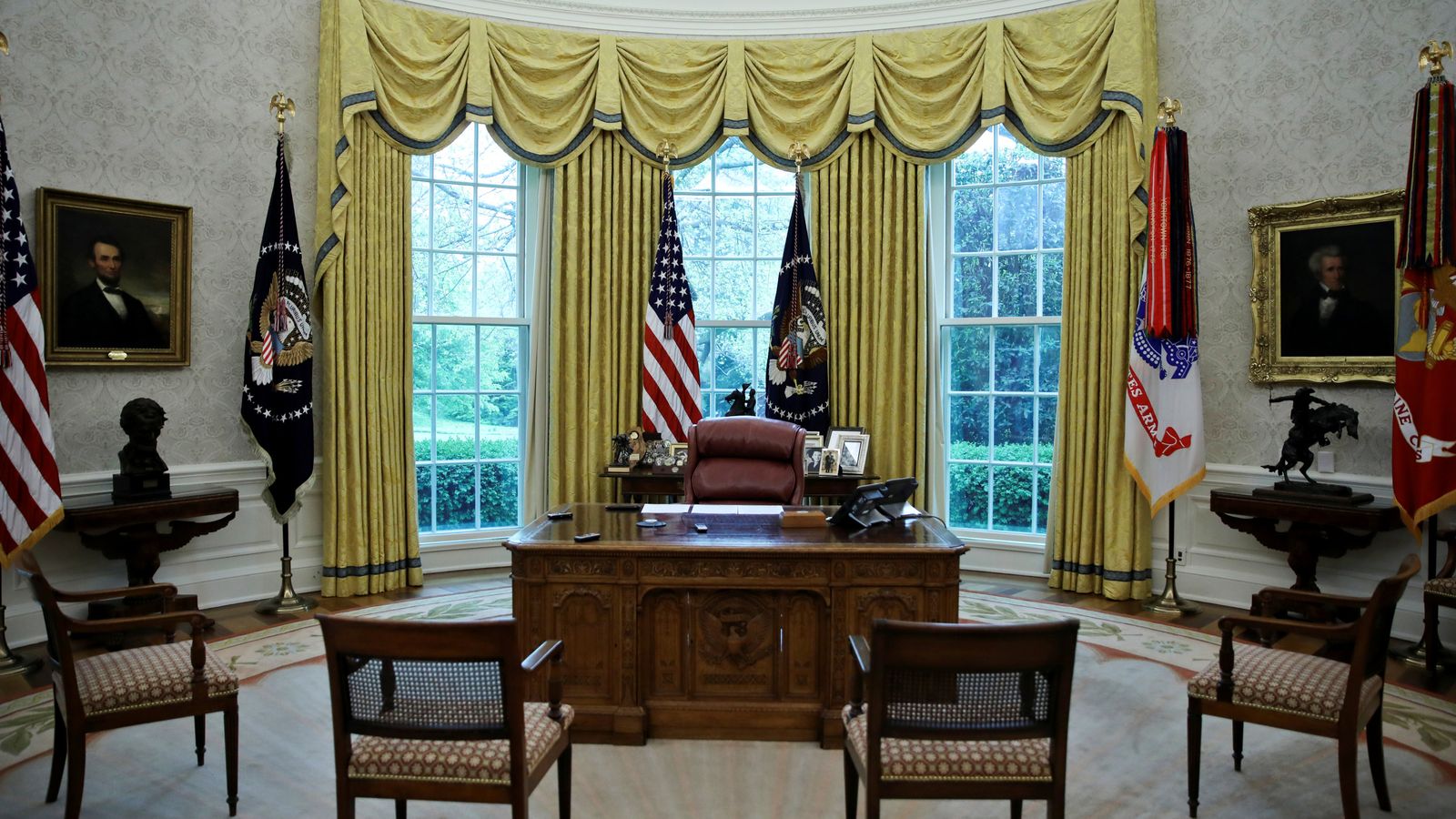 In his first hours as president, Joe Biden is set to roll back some of the most controversial decisions of his predecessor and to address the coronavirus pandemic.

A 10-day blitz of executive actions is then expected as Mr Biden moves to redirect the country in the wake of Donald Trump's presidency, without waiting for Congress.

Ron Klain, his incoming chief of staff, listed some of the main changes that will come in: 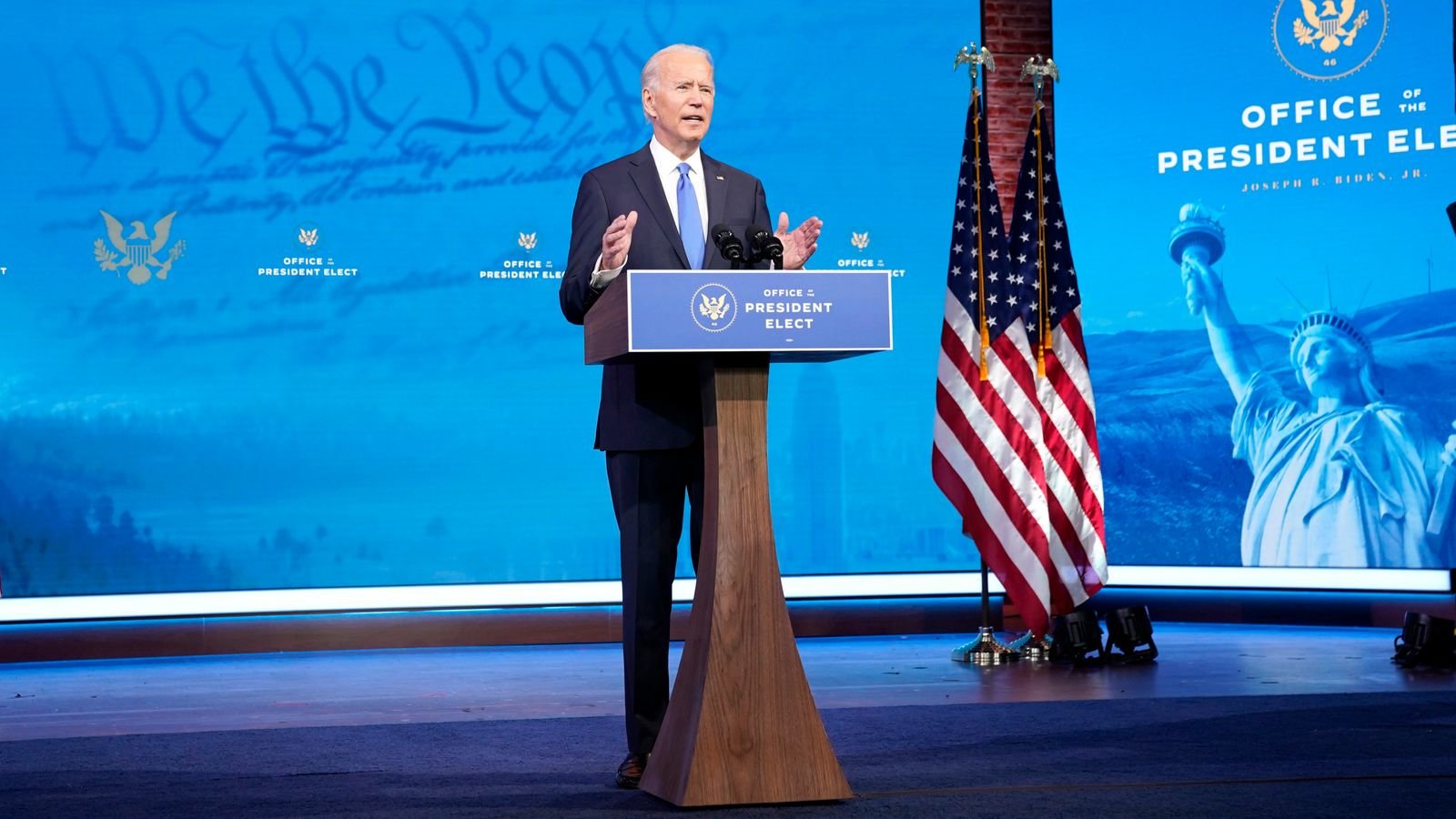 More actions are expected to be added by Mr Biden

"These executive actions will deliver relief to the millions of Americans that are struggling in the face of these crises," Mr Klain said in the memo.

"President-elect Biden will take action - not just to reverse the gravest damages of the Trump administration - but also to start moving our country forward."

On Thursday, the new president's second day in office, Mr Biden is also expected to sign orders related to the COVID-19 outbreak aimed at reopening schools and businesses and expanding virus testing.

More actions will be added, Mr Klain said, once they clear legal review.

Incoming presidents traditionally move swiftly to sign an array of executive actions when they take office. 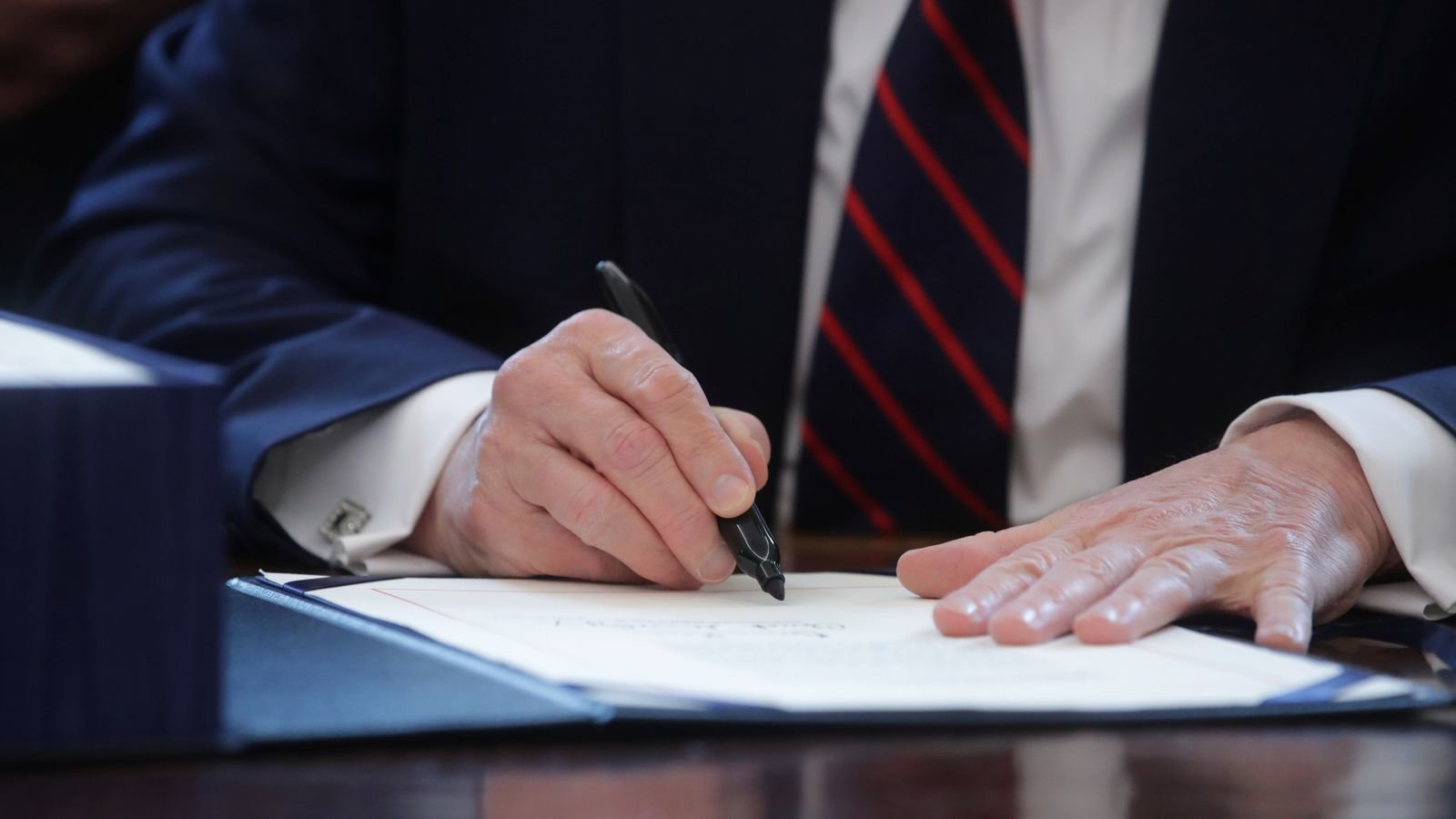 Mr Trump signs a bill in the Oval Office

Mr Trump did the same, but he found many of his orders challenged and even rejected by courts.

Mr Klain maintained that Mr Biden should not suffer similar issues, saying "the legal theory behind them is well-founded and represents a restoration of an appropriate, constitutional role for the president".