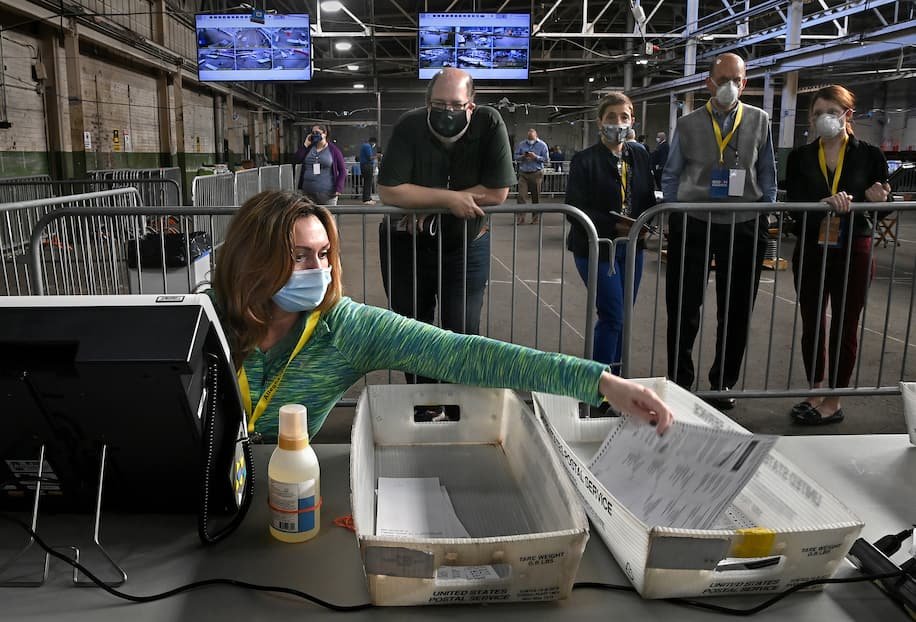 On Friday evening, Justice Samuel A. Alito Jr., who received the petition because he is the justice responsible for that region, approved the GOP request for now, ordering county boards to comply with state guidance to keep the late ballots separate.

However, Alito did not direct election officials to stop counting the ballots, as the Republicans had also sought. He called for a response from state officials by Saturday afternoon. 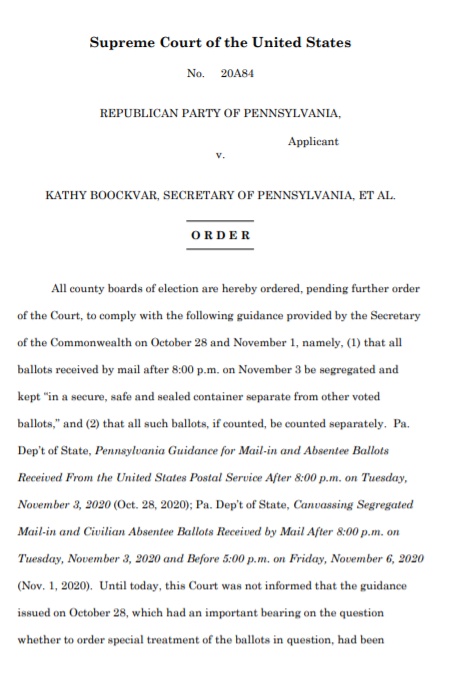 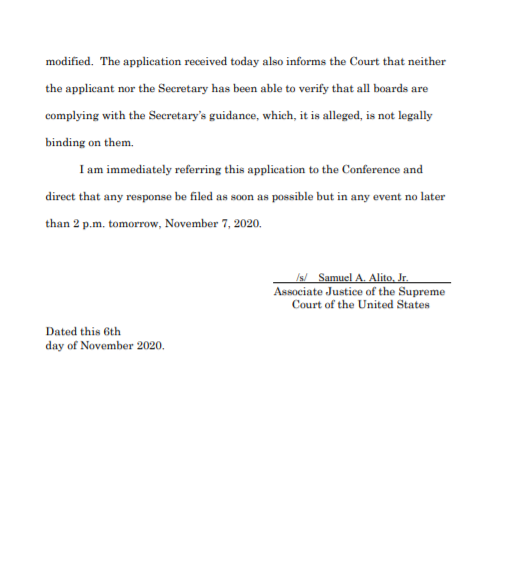 Even if the high court were to ultimately side with Republicans, the impact would likely be muted: Pennsylvania officials said they are already setting aside the small number of mail ballots that have arrived since Tuesday.
But the move was part of a broader scramble in the courts by President Trump’s campaign and other Republican figures as Biden improved his lead in Pennsylvania, Georgia and Nevada.