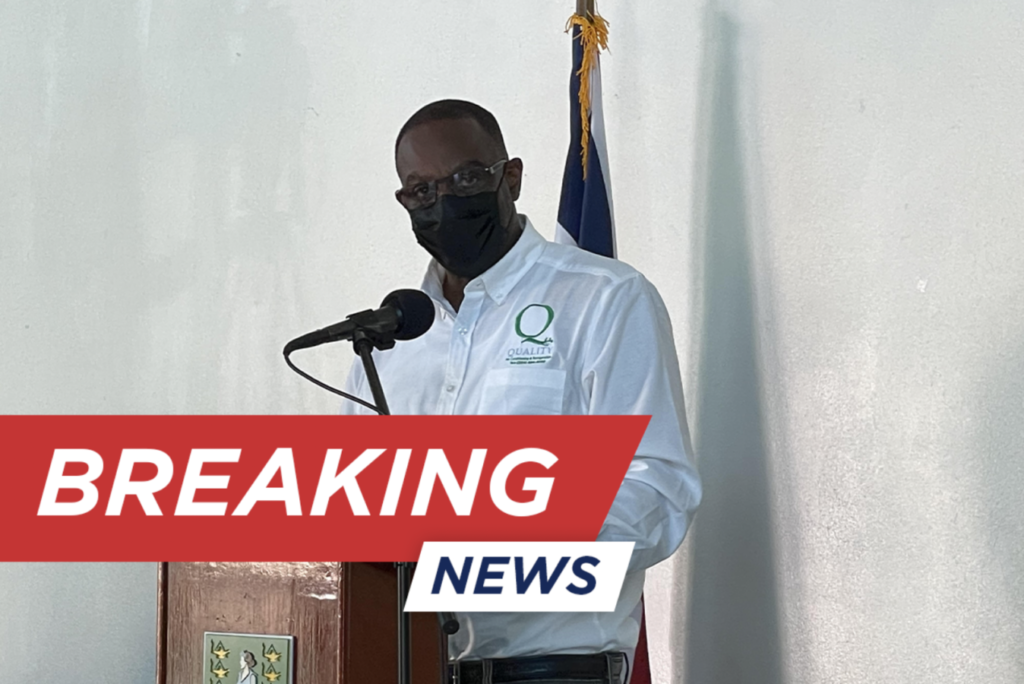 The Royal Virgin Islands Police Force (RVIPF) has slapped 55-year-old businessman Kelvin Thomas with three criminal charges in relation to the controversial Elmore Stoutt High School (ESHS) Perimeter Wall Project.
In a press release on Monday, the RVIPF said a specialist investigative team was appointed last year to do a full review of an investigation conducted by the police force in 2020 into the ESHS Perimeter Wall Project.

“This was to ensure that all instructions and further actions requested were complied with and that there was a thorough, and fair investigation,” the police said.

As a result of the investigation, Thomas, 55, of Chalwell Estate, was the first person charged with one count of obtaining property by deception, one count of making a false statement to a public officer and one count of possession of the proceeds of criminal conduct.

“Mr Thomas was granted police bail to appear at the Magistrates’ Court on a later date,” the police confirmed.

The RVIPF also confirmed that other persons were interviewed by the police and were released pending further investigation.

“The RVIPF believes that all suspects, accused, victims and witnesses have a right to due process and a right to a fair trial. Therefore, the force will neither issue any further comments on this matter at this time nor entertain queries on this ongoing investigation,” the statement said.

In December of last year, Thomas, the owner of Quality Air Condition was awarded a $786,000 contract by the then Andrew Fahie-led government which quickly became controversial.

Marlon Penn, Opposition Leader at the time, had asserted in a House of Assembly sitting that the Virgin Islands Party government had given the contractor an extra $300,000 to install an air conditioning unit at the Multipurpose Sports Complex in Road Town.
#the Virgin Islands  #Fahie
Add Comment