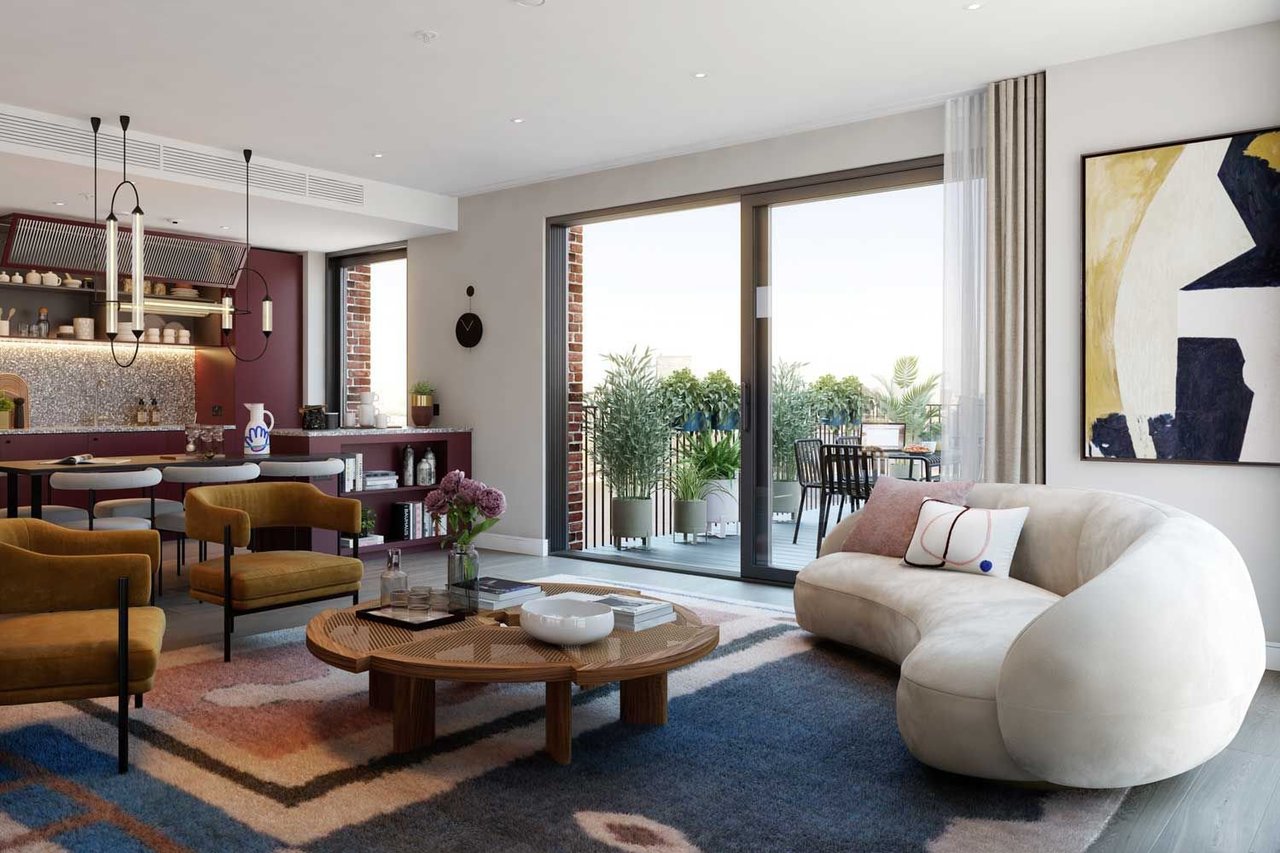 Fancy a home with a pool in the sky? Swimming in it may not be for everyone, deep pockets or not, but who wouldn't marvel at the spectacular floating sky pool at Nine Elm's Embassy Gardens development.

EcoWorldBallymore, the developer has recently announced the launch of the final residential building at Embassy Gardens, The Modern, marking the last chance to become part of one of London’s latest riverside neighbourhoods.

The Sky Pool is the world’s first ‘floating’ swimming pool. Once installed, the 25-metre long acrylic pool will allow members of the development’s exclusive Eg:le Club at Embassy Gardens to glide between buildings 35 metres up in the sky. 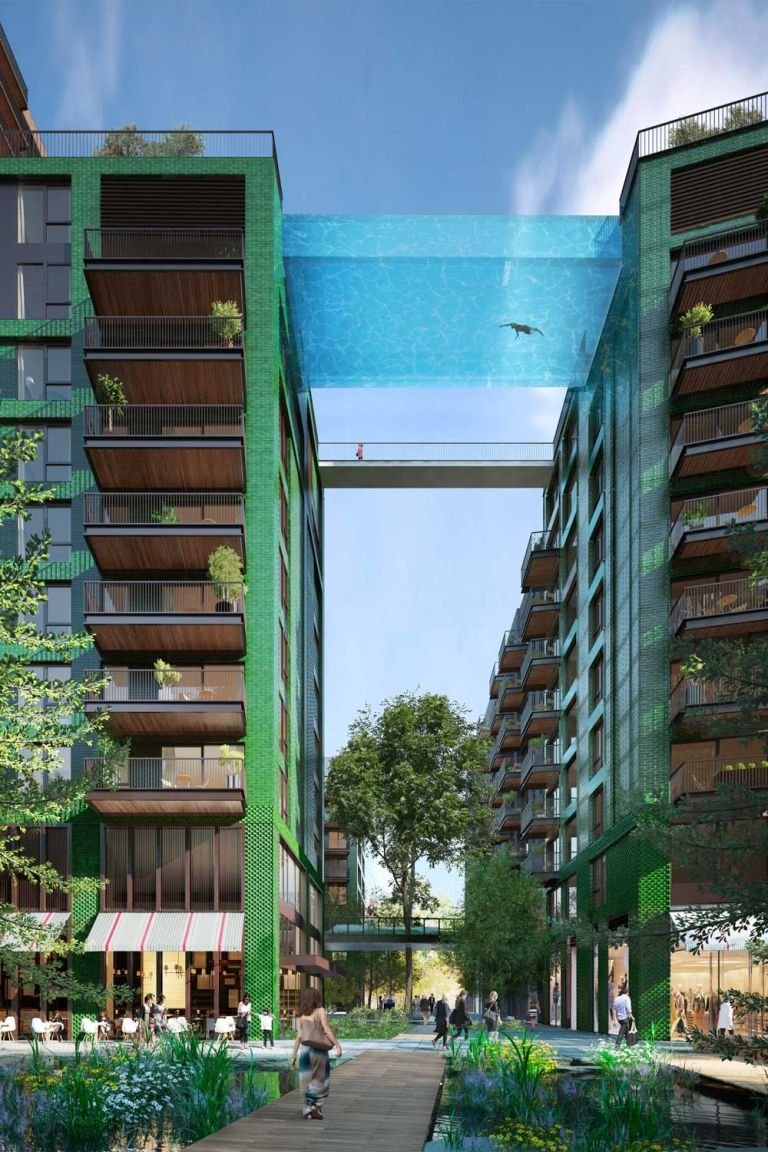 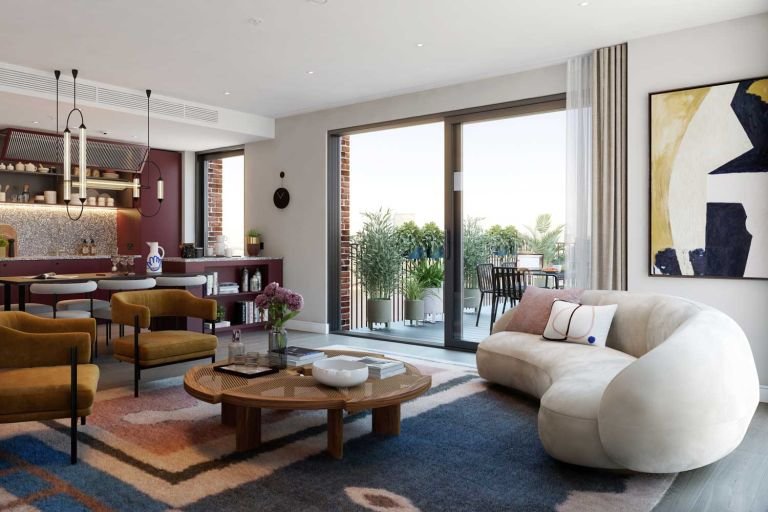 The Modern will consist of one and two bedroom apartments in addition to two Penthouses, with starting prices from £695,000. These light filled apartments are positioned, so each has a spacious private balcony with breathtaking views over the river, the city and the greenery of Embassy Gardens.

All apartments have been designed by design duo Benningen Lloyd; blending individuality with bold colours and a modern style for residents to call home. 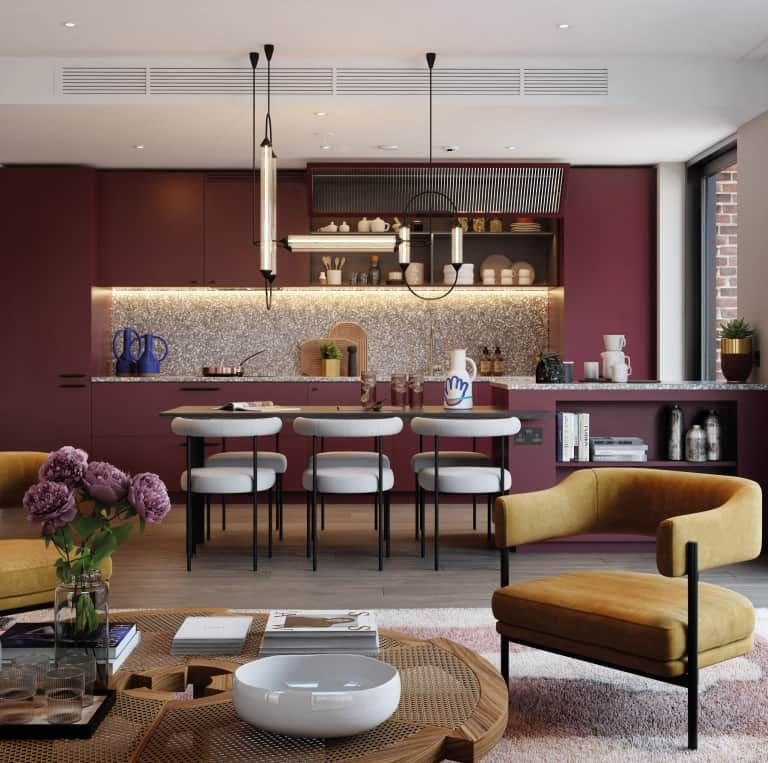 Interior fittings and finishes are inspired by 21st Century craftsmanship and by the vivid colours of the New Covent Garden Flower Market, nearby. 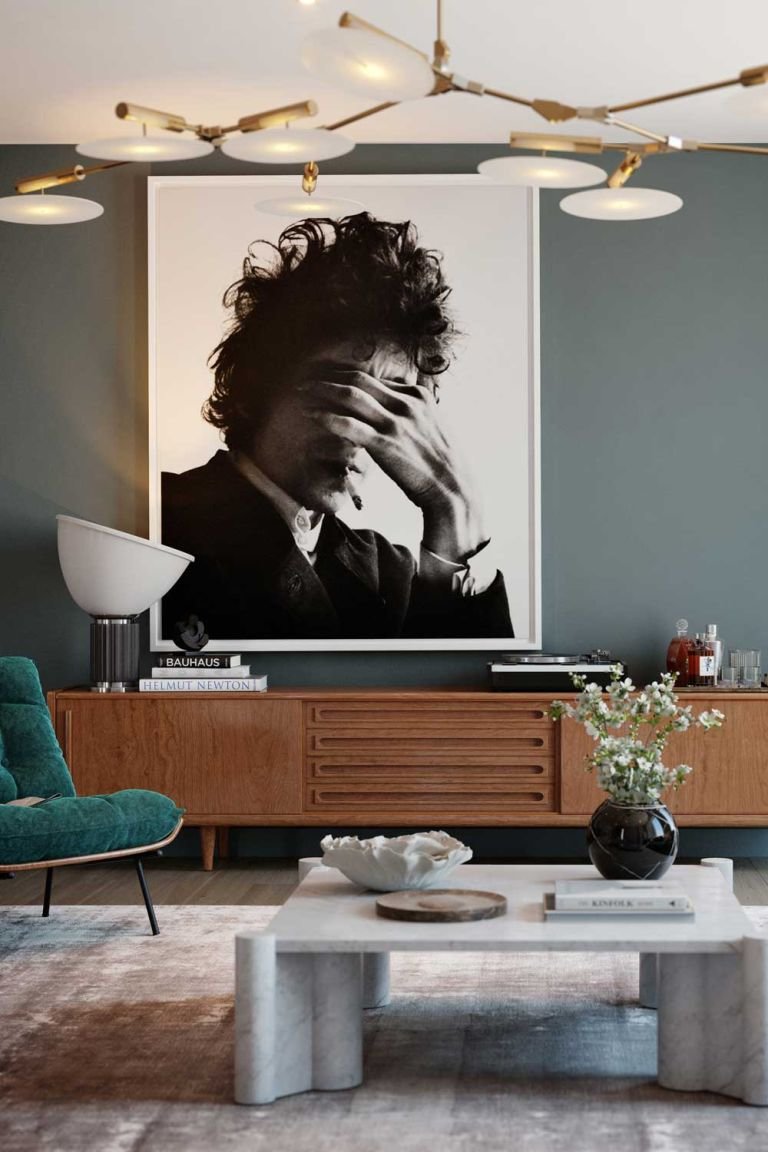 The bathrooms feature rare marble, crafted tiles, mood lighting, luxurious mirrors and designer fixtures from Ma by Starck and others. 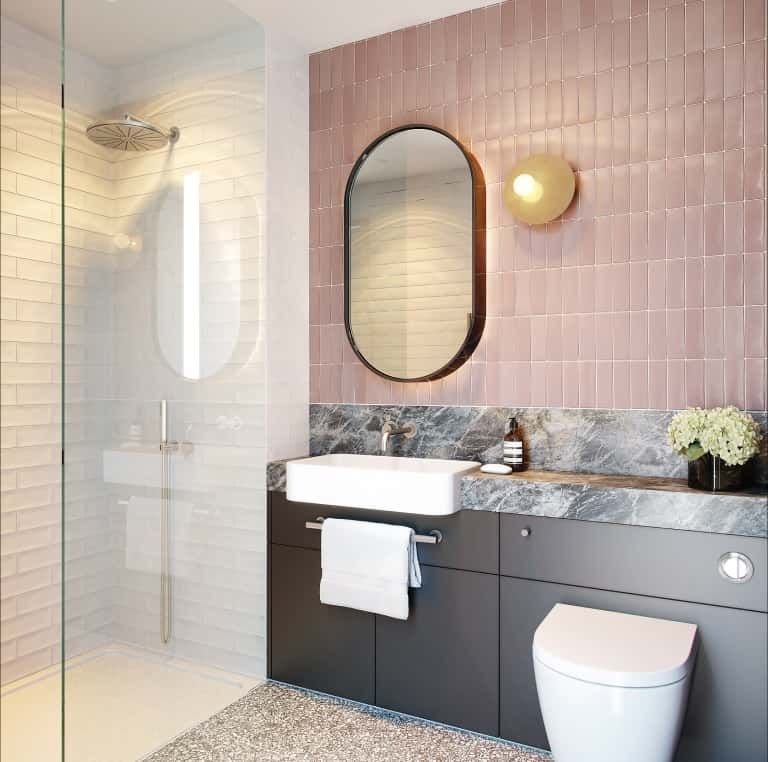 The Sky Pool is due to be installed later this year. Developed by the world’s leading experts in engineering, the transparent 25m-long pool will allow residents to swim between two Legacy buildings 35m in the sky. 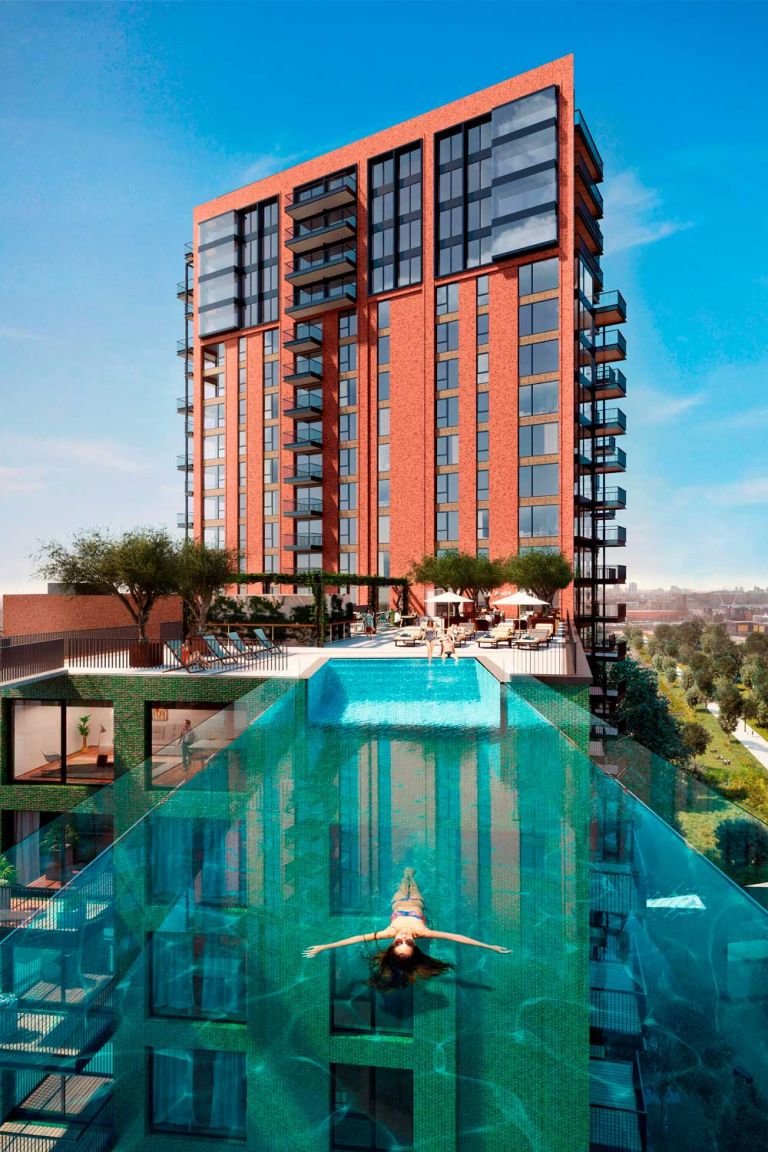 On a hot summer's day in 2013, the team at Ballymore gathered to discuss where to locate Embassy Gardens’ outdoor swimming pool. When they decided the space on top of the new Legacy Buildings wouldn’t be sufficient, they had an idea – one that would lead to a world first in engineering.

‘We decided the only space large enough was between the buildings,’ says Tristan Stout, Senior Development Manager at Ballymore. ‘So we started to research images of aqueducts. If those structures could span valleys, we believed we could build a structure to span two buildings.’

‘There are other examples swimming pools like aqueducts connecting two buildings, like Marina Bay Sands in Singapore,’ says Brian Eckersley, structural engineer at Eckersley O’Callaghan ‘But there’s never been something transparent spanning two buildings like this. Once you swim off, you can look right down. It will be like flying.’

The Sky Pool is due to be installed next year.