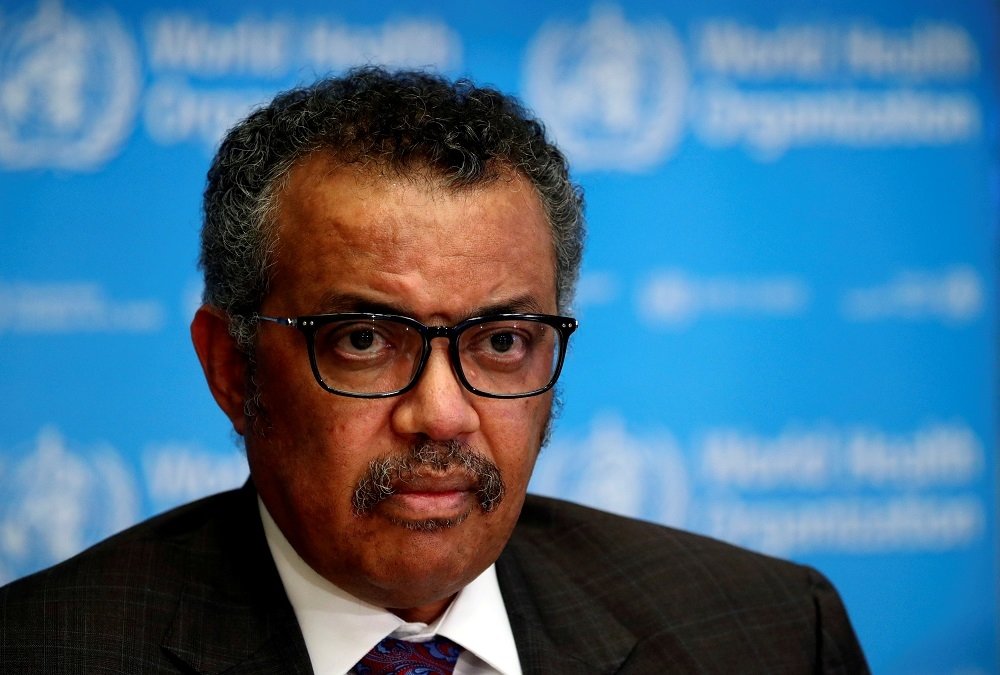 'Lifting restrictions too quickly could be deadly'

A hasty lifting of restrictions imposed to control the Covid-19 pandemic could lead to a fatal resurgence of the new coronavirus, the World Health Organization warned on Friday.
WHO chief Tedros Adhanom Ghebreyesus said it was working with countries on ways in which lockdowns could be gradually eased, but said doing so too quickly could be dangerous.

"I know that some countries are already planning the transition out of stay-at-home restrictions. WHO wants to see restrictions lifted as much as anyone," he told a virtual press conference in Geneva.

"At the same time, lifting restrictions too quickly could lead to a deadly resurgence. The way down can be as dangerous as the way up if not managed properly.

"WHO is working with affected countries on strategies for gradually and safely easing restrictions."

More than 1.6 million infections have been recorded globally since the virus first emerged in China in December.

Tedros welcomed signs that the spread of the virus was slowing in some of the hardest-hit countries in Europe - namely Spain, Italy, Germany and France.

But he also warned of an "alarming acceleration" of the virus in some countries, highlighting Africa, where he said the virus was beginning to spread to rural areas.

"We are now seeing clusters of cases and community spread in more than 16 countries" on the continent, he said.

"We anticipate severe hardship for already overstretched health systems, particularly in rural areas, which normally lack the resources of those in cities."

Tedros also sent his best wishes to British Prime Minister Boris Johnson, who has been moved out of intensive care as he battles the coronavirus.
#COVID-19  #Covid  #Coronavirus  #Boris Johnson
Add Comment