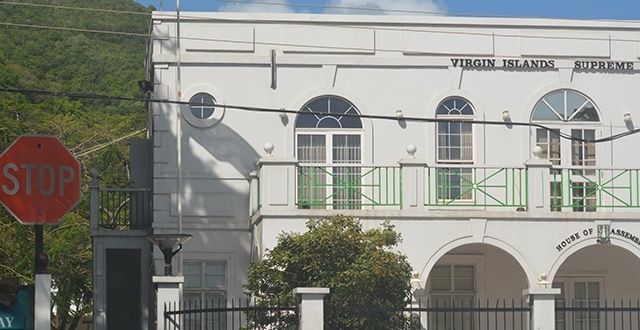 High Court Judge Richard Floyd has sentenced a mother who assisted her teenage daughter to procure a miscarriage, a six-month custodial sentence, suspended for one year, which means she will only serve prison time if she reoffends.
The woman’s name was withheld by the court and only identified as T.S due to the sensitive nature of the case. Court documents indicate that T.S was charged with procuring poison or a noxious thing to be used with intent to procure a miscarriage contrary to the laws of the British Virgin Islands.

She pleaded guilty to the offence and was indicted for the crime on September 21st 2020. The sentence was handed down on February 24 2021.

The court heard that T.S is of good character and before this offence had no criminal record. The 44-year-old defendant is said to be the single mother of four.

“In considering the mitigating and aggravating factors further, I am reminded that the defendant had no desire to harm the complainant. On the contrary, she sought to help her daughter to deal with what she believed was misfortune. She cooperated with the police investigation and provided an inculpatory statement as to her role. She was remorseful and contrite. In considering the principles of sentencing, I find the need for deterrence to be low. This sentence is unlikely to provide a sense of general deterrence to anyone considering such behaviour for the reasons referred to above and the general considerations involved in reproductive rights issues,” Judge Floyd said.

The judge further said that the defendant does not present a risk or danger to the public or to the complainant, adding that he “finds very little role for punishment or denunciation in this sentence'.

"Rather, I find a need to promote a sense of responsibility in the defendant for her actions and to acknowledge the harm done to her daughter,” the Judge stated.

He added, “In doing so, I am confident that sense of responsibility has been achieved in the Defendant as she has gone through the criminal justice system. I, therefore, impose a sentence of 6 months imprisonment. That sentence is to be suspended for a period of 12 months. That was the sentence contemplated by the Goodyear Indication."

The Judge noted that the defendant should be aware that by suspending the sentence, the 6 months custodial sentence shall not take effect unless she commits another offence punishable by imprisonment within 12 months of today. Should that occur, the defendant may be brought back to court and be called upon to serve the 6 months sentence.

"I have considered, as I am required to, whether the circumstances warrant, additionally, a fine or compensation order. I find they do not. I also find this not to be a case warranting a probation order,” the Judge stated.

Court documents indicate that the complainant became involved in an intimate relationship with an older male which resulted in her becoming pregnant in January, 2018.

On February 19, 2018, the complainant and her male partner attended a medical clinic in order to confirm the pregnancy. However, because of her age, she was refused treatment without a parent being present. She therefore contacted her mother and informed her. This was the first notice the Defendant had of her daughter’s pregnancy. The Defendant and her daughter re-attended at the medical centre and the pregnancy was confirmed. The complainant was age 14 at the time.

The father of the unborn child was age 18. Following discussions with the medical staff, a decision was made by the defendant and her daughter to terminate the pregnancy. Instructions were therefore provided to them to attend a medical facility in the United States Virgin Islands (USVI), as the procedure could not be performed in this Territory. On 20th February 2018, the defendant and her daughter travelled to St. Thomas, USVI, with the intention of terminating the pregnancy.

Unfortunately, they were unable to find the correct medical clinic. They did, however, attend at a pharmacy where, after the Defendant consulted with the pharmacist they obtained a number of pills in order to follow through with the pregnancy termination.

The Defendant purchased the pills and upon their return home, she supplied them to her daughter. The complainant consumed all of the pills provided. She became ill. For the next several weeks, the complainant experienced intermittent bleeding, pain and nausea.

On 24th April 2018, the complainant experienced an extreme episode that led to her transportation to hospital. She was medically assessed as having had an incomplete miscarriage and underwent surgery.

The court documents further stated that following her recovery and discharge, she was referred to outpatient care and the Department of Social Services. Eventually, the police were notified in May, 2018.

During the police probe, the defendant provided an inculpatory statement to police under caution, admitting to her role in these events, including the purchase and supply of the pills to the complainant. She believed her daughter was too young to become a parent. She believed the birth of a child would ruin her daughter’s life and her future and expressed that she loves her daughter and wants the best for her.

The defendant also recognized the serious nature of the events and accepted her role in them. She believed that her daughter did not want the baby.

The Defendant’s daughter was also interviewed by police and she corroborated the events as described by her mother.

She informed that she voluntarily participated in the plan to terminate the pregnancy and agreed to consume the pills.

There was no suggestion of anyone forcing her to take part in this process. Attorney Kristian Johnson, represented the Crown while Attorney Carmilita Jamieson was counsel for the defendant in the matter.
#Johnson
Add Comment