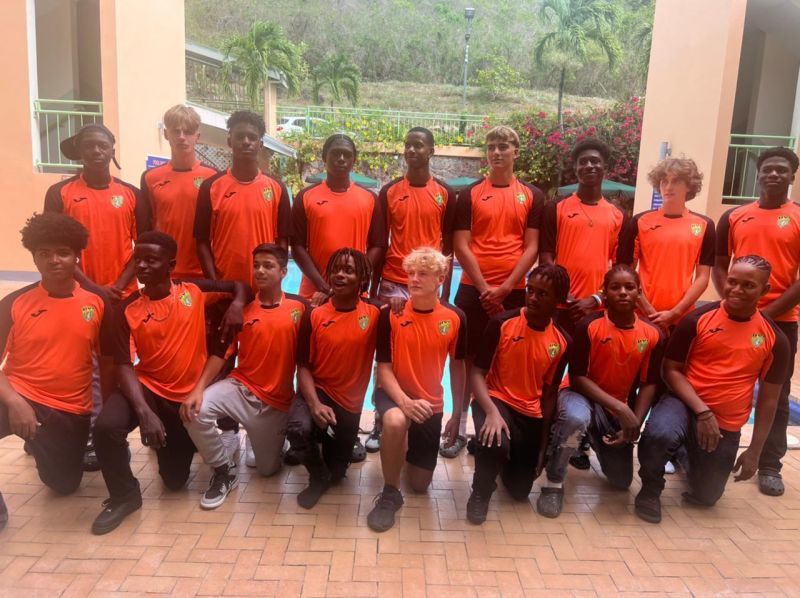 Ahead of the CONCACAF Championships to be held at the end of August, the U17 team travelled to St Thomas last weekend to compete in a series of friendly matches.

“We won and it sounds pretty easy, but we had to play really well and still have a lot of things to work on ahead of the CONCACAF Tournament,” commented Coach Jermain Abrams, who works with the squad alongside Richie Morton. “We threw away a lot of opportunities to score more on a very windy day!” 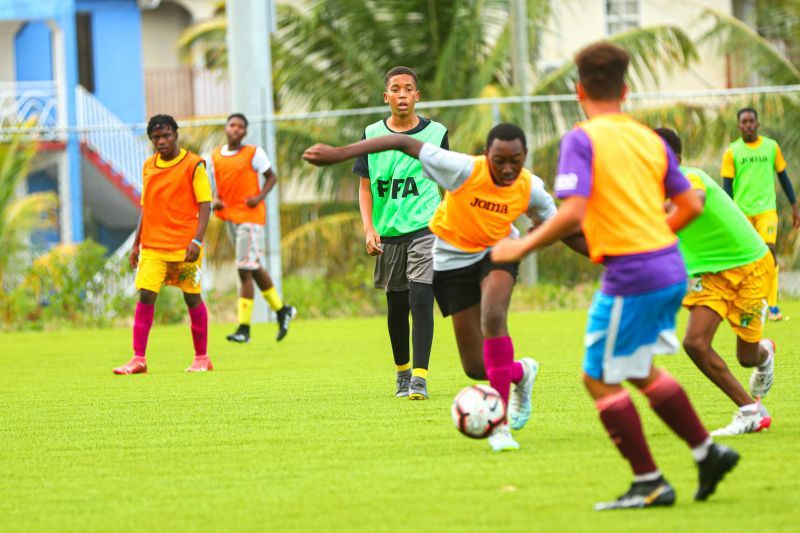 The National U17 Football Team in training at East End ahead of their trip to St Thomas.

In game two, the VI found themselves down 3-1 and it took some stern words of encouragement from the coaches to focus the boys and get them back into the game, which they did to make the final score 3-3.

“They were complacent to start and we had to remind them of life’s tough challenges and tough roads ahead,” stated Abrams. “We were a man and two goals down at 3-1 when we reached the second half water break and we were able to tell them that even when you are down on the mat but that’s the time a team shows resilience and that they had to fight to the end, and that’s what they did to pull it back to 3-3”

The goal scorers for the VI were Rush Broderick and Azarni Callwood (2).

The CONCACAF U17 Championship is scheduled for the end of August and the VI are in Group A with the Bahamas, Bermuda, Guyana, Bonaire, and St Maarten.