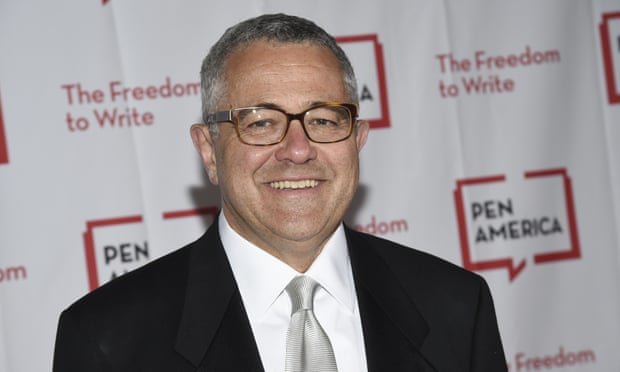 “I made an embarrassingly stupid mistake, believing I was off-camera,” Toobin said in a statement on Monday about the situation, first reported by Vice.

He added: “I apologize to my wife, family, friends and co-workers. I thought I had muted the Zoom video, I thought no one on the Zoom call could see me.”

He has so far declined to confirm details.

Toobin is one of the most well-known media legal analysts in the US. He has has worked for the New Yorker for more than 25 years, and is is also a senior legal analyst at CNN.

A spokeswoman for the magazine said in a statement that Toobin “has been suspended while we investigate the matter”.

In an email to staffers, New Yorker editor David Remnick wrote : “Dear All, As you may have read in various news reports today, one of our writers, Jeff Toobin, was suspended after an incident on a Zoom call last week. Please be assured that we take such matters seriously and that we are looking into it.”

CNN issued a statement saying that Toobin “has asked for some time off while he deals with a personal issue, which we have granted”.

The online call in questions reportedly involved employees of the magazine as well as staff from WNYC, a New York City and metropolitan area radio station that is part of New York Public Radio.

Video chat service Zoom allows large groups to talk together on a single call and be seen on video, but users have the option to mute their microphone when not speaking and to shut off the camera if they don’t want to be seen or don’t have the internet bandwidth to support the camera service.

Embarrassing mishaps or glitches have not been uncommon since the service grew in popularity amid the coronavirus pandemic. Incidents of public figures showering during meetings while thinking they had turned off their camera and sound were reported in Spain and Brazil.
#Coronavirus
Add Comment