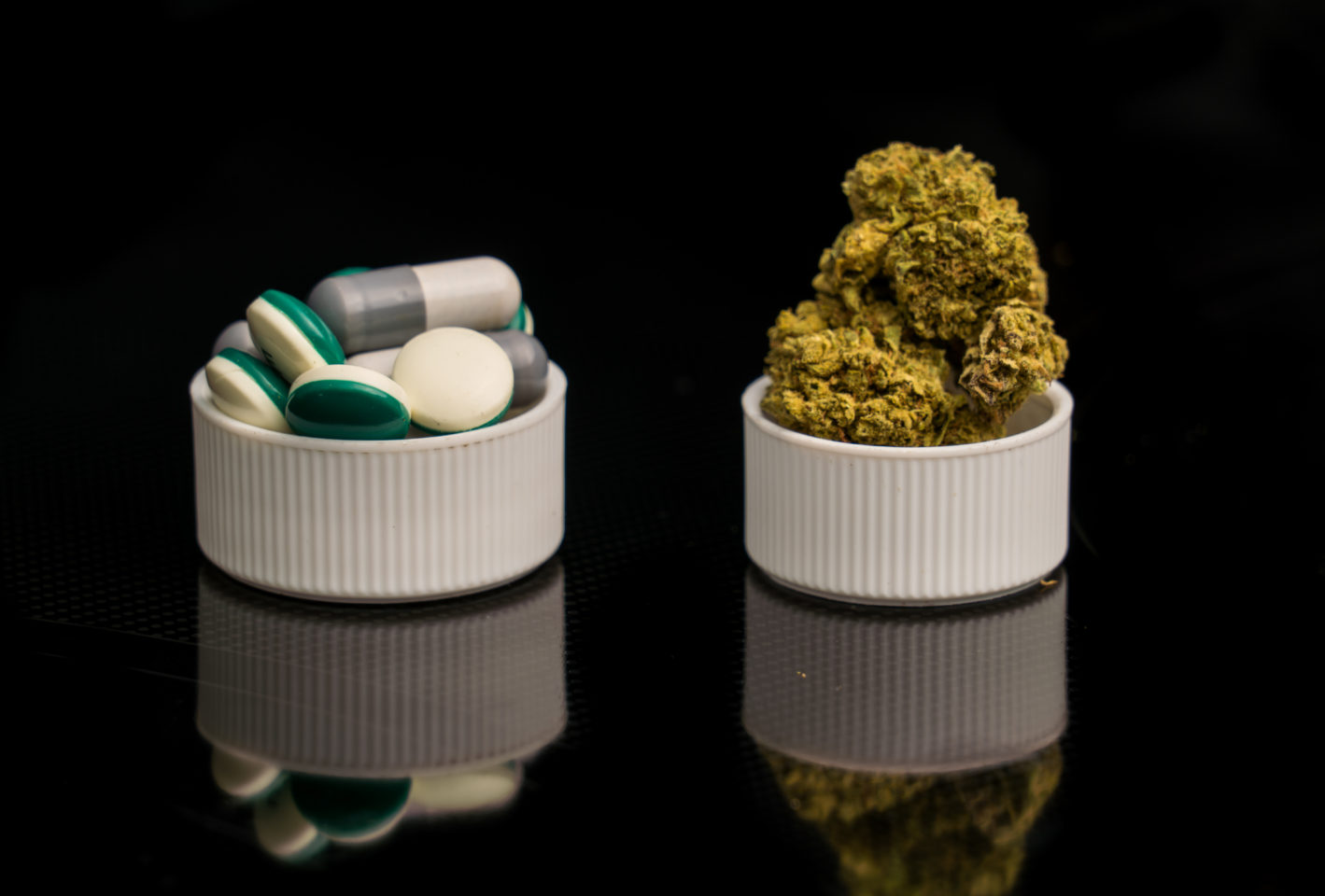 A recent study examines the rate of opioid prescriptions in Canada before and after cannabis legalization.

The legalization of cannabis in Canada, a groundbreaking move for the country, led the way for a decline in opioid prescriptions across the nation, according to a recent study from the University of Toronto and published in Applied Health Economics and Health Policy regarding opiate prescription rates.

“On 17 October 2018 recreational cannabis became legal in Canada, thereby increasing access and reducing the stigma associated with its use for pain management,” the study’s abstract explains in an overview of the findings. “This study assessed total opioid prescribing volumes and expenditures prior to and following cannabis legalization.”

Opioid Prescriptions Before And After Cannabis Legalization

The study specifically looked at how many opioids were prescribed in Canada before and after legalization, as well as money spent on opioids. The period observed was January 2016 to June 2019, and all data is taken from that span of time.

“Total monthly opioid spending was also reduced to a greater extent post legalization ($Can267,000 vs. $Can95,000 per month),” the study explained regarding the connection the study noticed.. “The findings were similar for private drug plans; however, the absolute drop in opioid use was more pronounced (76.9 vs. 30.8 mg/claim). Over the 42-month period, gabapentin and pregabalin usage also declined.”

“Consistent with the findings of other ecological studies, researchers determined, ‘The legalization of cannabis coincided with a marked drop in opioid volumes prescribed in Canada.’” the official report on the study’s findings concluded.

Opioid Prescriptions Before And After Legal Cannabis

Over the period that the data was gathered, the researchers compared the rate of opioid prescriptions logged in the medical system before and after legalization became finalized, and overall noticed a decline in opioids prescriptions. It traced that decline and noticed a definite pattern.

“The findings of this 42-month time-series analysis revealed a steady and significantly consistent decline in the mean and median MED [morphine equivalent dose] per claim for public payer drug plans. However, when comparing the pre- versus post-legalization time periods, the decline in the mean MED per claim was approximately 5.4 times greater in the period following legalization (22.3 vs. 4.1 mg per claim).

In addition, total public payer monthly opioid spending reductions averaged $Can95,000 per month before October 2018 [when adult-use sales were legalized] compared to $Can267,000 per month following the legalization of cannabis.

Similar findings were also observed within private drug plans. … The findings of this study add to the growing body of evidence that easier access to cannabis for patients with pain may reduce opioid use and partially offset expenditures for both public and private drug plans.”

“Our findings support the hypothesis that easier access to cannabis for pain may reduce opioid use for both public and private drug plans,” the study explained regarding the meaning behind the findings. In other words, when opiates aren’t the only option, they won’t always be necessary.

While there is no guaranteed connection between the decline of opioid prescriptions and the legalization of cannabis, it is safe to assume that as recreational cannabis became more accepted for pain management, opiate prescriptions weren’t as in demand.