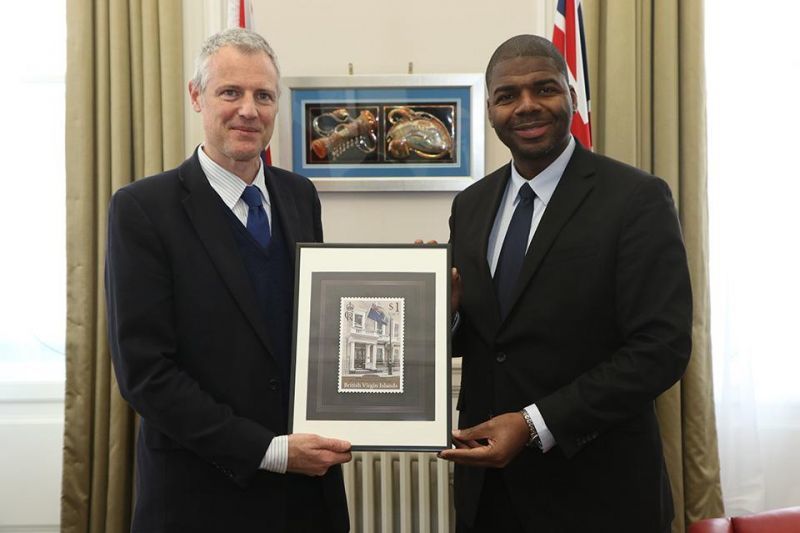 Premier and Minister of Finance Dr the Honourable Natalio D. Wheatley (R7) has said, as promised, he has started a discussion on the controversial Order in Council to suspend the Virgin Islands Constitution with the Minister of Overseas Territories, Commonwealth, Energy, Climate and Environment at the Foreign, Commonwealth & Development Office (FCDO), the Rt Hon Lord Goldsmith of Richmond Park.

The discussion has begun- Premier


Premier Wheatley, speaking on the International Morning Braff show on Tola Radio VI this morning, January 23, 2023, said; however, that discussions on the topic will continue when Lord Goldsmith visits the Virgin Islands (VI) next week,

“We started the discussion and we decided that we needed a little bit more time to speak about that particular matter and we decided to continue when the Minister is coming here next week and I can properly update after we have those discussions,” Premier Wheatley told host of the show Floyd Burnett aka Heritage.


The Order in Council gives the unelected governor, a UK national, the power to suspend the Virgin Islands' constitution and impose direct rule if the VI does not implement recommendations made in the Commission of Inquiry (CoI) by one-man commissioner Sir Gary R. Hickinbottom, who was handpicked by ex-governor Augustus J. U. Jaspert.

The action has been rejected by the majority of the Virgin Islands, the United Nations (UN), CARICOM, the Organisation of Eastern Caribbean States (OECS), University of the West Indies (UWI) and US Virgin Islands Governor Albert A. Bryan Jr.

In a statement to Members to the 77th Session of the UN General Assembly: Fourth Committee (Special Political and Decolonisation) in New York City on October 6, 2022, Special Envoy of the Premier Mr E. Benito Wheatley said the reserved Order in Council is a form of pressure that can weaken democratic governance and hinder a genuine working relationship between the VI and UK.

“This form of pressure can weaken democratic governance and is an obstacle to building a new genuine modern partnership between the UK and BVI that is based on trust and supports the aspirations of the people of the Territory.”

Mr Wheatley also told the UN there should also be sensitivity about the feelings of the Commonwealth Caribbean on this issue in terms of the colonial past.

“A new modern partnership can be established if both sides act in good faith,” Mr Wheatley argued.


Meanwhile, the United Nations General Assembly on December 12, 2022, adopted a resolution on the question of the [British] Virgin Islands contained in the 2022 Report on the Implementation of the Declaration on the Granting of Independence to Colonial Countries and Peoples.

The resolution takes note of the agreement of the administering Power (UK) to the proposal by the territorial Government of National Unity on the implementation of the recommendations of the Commission of Inquiry without the need for a temporary partial suspension of the Constitution.

It also expressed concern that the administering Power put an Order in Council on hold to partially suspend the Constitution if the Government of the United Kingdom assesses that the implementation of the recommendations does not proceed satisfactorily.

The resolution further Reaffirms the inalienable right of the people of the Virgin Islands to self-determination, in conformity with the Charter of the United Nations and with General Assembly resolution 1514 (XV), containing the Declaration on the Granting of Independence to Colonial Countries and Peoples and it Also reaffirms that, in the process of decolonization of the British Virgin Islands, there is no alternative to the principle of self-determination, which is also a fundamental human right, as recognized under the relevant human rights conventions.
#Commission of Inquiry  #Gary R. Hickinbottom  #the Virgin Islands  #Hickinbottom  #CoI
Add Comment