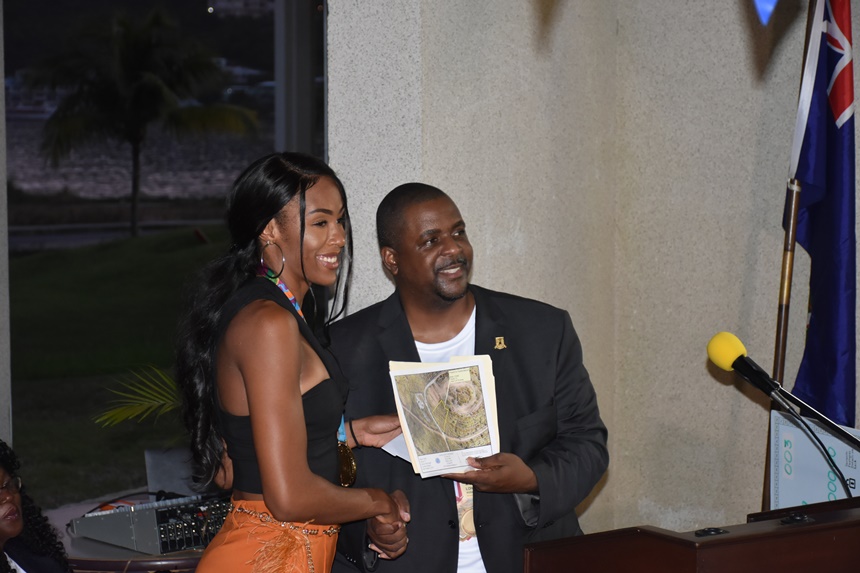 Local long jump sensation Chantel Malone was awarded just under an half-acre of land and $30,000 from government for her gold medal performance at that Pan American Games in Lima, Peru.

Premier Andrew Fahie announced the award at Malone’s recognition ceremony which was held at the Central Administration Complex on October 11.

During his address at the ceremony, Premeir Fahie said a plot of land is set aside for Malone at Spooners Estate on the main island of Tortola.

“It is no surprise what you have achieved to date,” the Premier said in a statement directed to the Pan Am Games champion. “The government saw that she needed a training ground to be able to get gold and one of the best ways to practice is to jump over land. I want you to practice your jump and to jump over and across for the gold medal in the Olympics. I want you to try jumping over 0.4775 acres of land that we will be donating to you,” the Premier stated.

He stated: “I want you to imagine as a child if someone said to you that you can make $30,000 with one jump. That would be a deal that you would take right? So that’s the position that Chantel is in.”

“With one leap, she has helped to make the government a little more broke and this is one time we can say we really don’t mind having to pay money because with Chantel Malone’s leap in the Pan Am Games we have truly established ourselves as one of the leaders in the entire world,” the Sports Minister further said.

Malone became the first athlete from the BVI in its 36 years of competing at the Pan American Games to win a medal.

She leapt to a distance of 6.68 metres which saw her securing a gold at the 18th edition of the games.
Add Comment