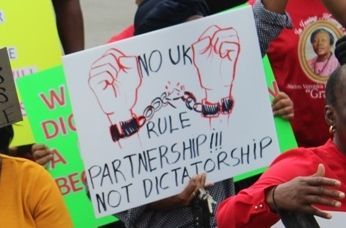 A petition that appealed to Governor John J. Rankin, CMG and United Kingdom (UK) Overseas Territories Minister Hon Amanda A. Milling to reject the Commission of Inquiry (CoI) recommendation of suspension of the [British] Virgin Islands (VI) constitution and imposition of direct rule from London garnered over 1000 signatures and was submitted to the Governor on May 4, 2022.

The petition was circulated physically and also online on change.org.

According to the online petition started on May 1, 2022, by a ‘Camroy P’, it was to ‘refute’ Recommendation A1 of the Commission of Inquiry Report by Commissioner, The Rt Honourable Sir Gary R. Hickinbottom.

What does the petition say?

“WE THE PEOPLE OF THE VIRGIN ISLANDS MAKE THIS PETITION IN RESPONSE to the Commission of Inquiry’s recommendation that the Constitution of the Virgin Islands be partially suspended, that the House of Assembly be dissolved and that there be no ministerial government for a period of at least two years.

WHEREAS the said recommendation violates the bedrock of Virgin Islands society and the core tenets of our Constitution which recognises:

That the people of the Virgin Islands have a free and independent spirit, and have developed themselves and their country based on qualities of honesty, integrity, mutual respect, self-reliance and the ownership of the land engendering a strong sense of belonging to and kinship with those Islands”; and accepts “that the Virgin Islands should be governed based on adherence to well-established democratic principles and institutions”.

WE THE PEOPLE OF THE VIRGIN ISLANDS DEMAND that there be no suspension of any kind to our Constitution or democracy as such an action not only violates our CONSTITUTIONAL RIGHTS but our rights under international law by virtue of the Article 25 of the International Covenant on Civil and Political Rights (which applies in the Virgin Islands):

“(a) To take part in the conduct of public affairs, directly or through freely chosen representatives;

(b) To vote and to be elected at genuine periodic elections which shall be by universal and equal suffrage and shall be held by secret ballot, guaranteeing the free expression of the will of the electors;”.

WE FURTHER DEMAND that no changes be made to our Constitution unless such changes are initiated by the People of the Virgin Islands,” the petition states.

The online petition had garnered 827 signatures.

Virgin Islands News Online was told the online petition and the one circulated physically accumulated more than 1000 signatures and were submitted on May 4, 2022.

A number of persons had signed the petition during the public demonstration in front of the Office of the Governor on May 2, 2022.

It appears that a large majority of Virgin Islanders are against direct rule by the UK, although they welcome the UK to work along with its government to improve good governance.

CARICOM, the Organisation of the Eastern Caribbean States (OECS), The University of the West Indies (UWI) and the US Virgin Islands (USVI) have also called on the UK to not impose colonial rule in the [British] Virgin Islands.

Further, in efforts to stave off direct rule, the government and opposition united to form a coalition government, which has since been sworn in by Governor John J. Rankin, CMG. 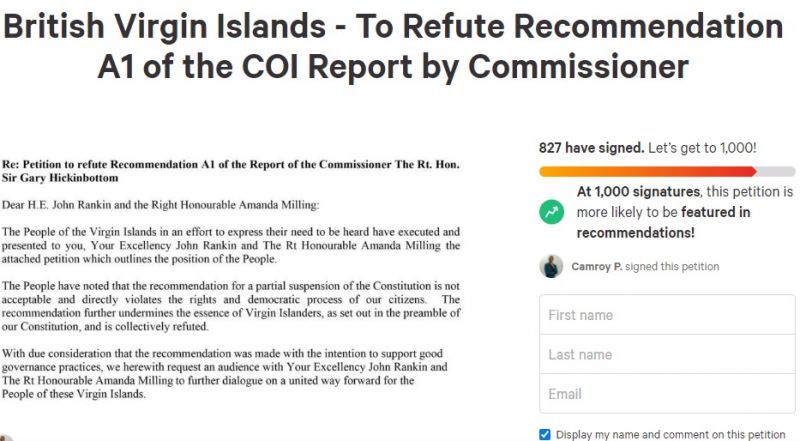 The online petition against direct rule on the BVI by the UK has so far accumulated 827 signatures. 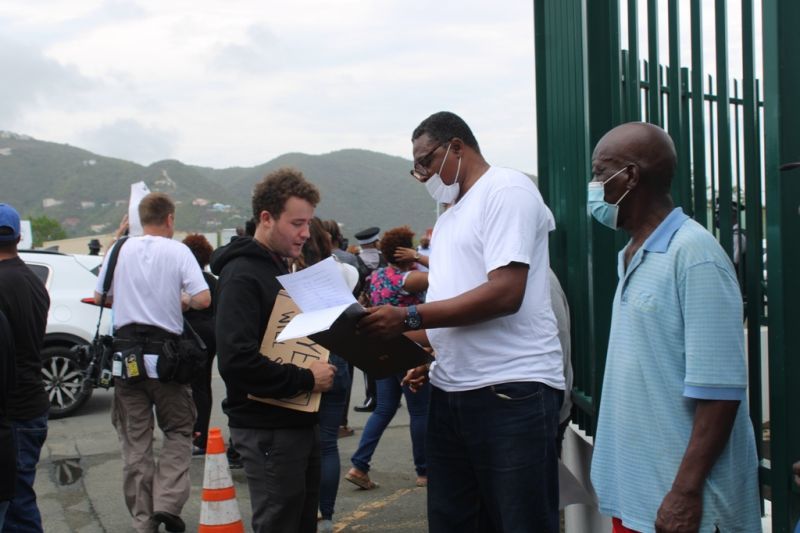 A number of persons had signed a similar petition during the public demonstration in front of the Office of the Governor on May 2, 2022.