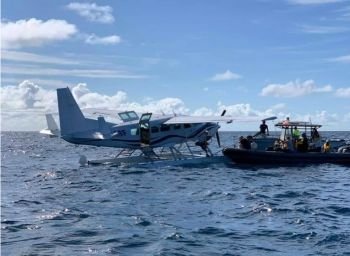 A plane belonging to the airline Sea Flight was forced to perform an emergency landing in waters between St Croix and St Thomas, US Virgin Islands (USVI) following problems the aircraft experienced, though what exactly caused the emergency landing remained unclear as of Thursday morning, January 23, 2020.

According to the Virgin Islands Territorial Emergency Management Agency (VITEMA), at about 9:029 am today the 911 emergency call center was notified of the Sea Flight #394SF aircraft, which had landed on waters between St Croix and St Thomas.

The passengers were being transported to St Thomas for further evaluation by emergency personnel.

The flight landed two miles off of St Thomas.