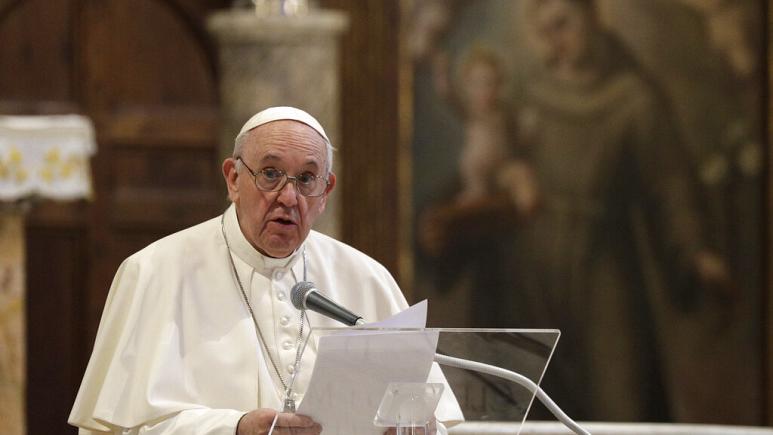 Pope Francis — the chief pastor of the worldwide Catholic Church — has endorsed civil unions for same-sex couples in a new documentary about his life and work.
Civil unions provide same-sex couples with a legal framework equivalent to the marriage of heterosexual couples.

The film titled ‘Francesco’ premiered as part of the Rome Film Festival. In it, Pope Francis said, “homosexual people have a right to be in a family”.

“They are children of God and have a right to a family. Nobody should be thrown out or made miserable over it. What we have to create is a civil union law. That way they are legally covered,” the Pope said in the film which is quickly gaining notoriety because of his controversial comments.

According to the BBC, the film also shows Pope Francis encouraging two gay men to raise their children in a parish church.

The Pope’s comments in the film are a departure from his usual stance on LGBT (lesbian, gay, bisexual, and transgender) rights. In the past, he has said every person needs a male father and a female mother that can help them shape their identity.

The Catholic Church is said to be largest branch of Christianity in the world and the BVI has at least three catholic-faith places of worship on its shores.
#Pope Francis
Add Comment