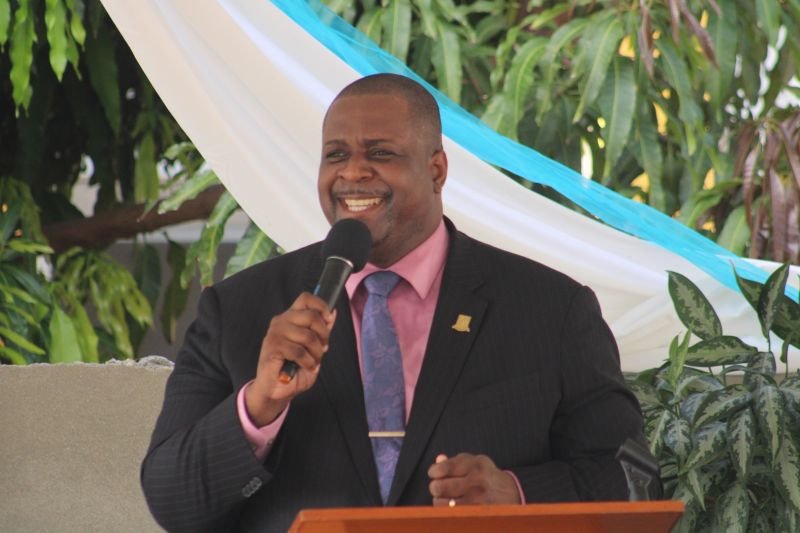 Premier and Minister of Finance, Honourable Andrew A. Fahie has been elected on behalf of the [British] Virgin Islands to serve as a Vice Chair of the Caribbean Development and Cooperation Committee , a subsidiary body of the United Nations Economic Commission for Latin America and the Caribbean.

According to a press release from the Department of Information and Public Affairs today, September 15, 2020, Premier Fahie was elected on September 10, 2020, for the VI’s third consecutive two-year term in the role at the virtually held 28th Session of the CDCC.

It said the VI’s reelection was based on Honourable Fahie’s exceptional engagement, advocacy and leadership within ECLAC regarding the sustainable development of Small Islands Developing States (SIDS), and in particular, the 15 Associate Members of the regional commission.

The Republic of Cuba and Dominica were also elected as Vice Chairs.

In his role, the Premier will support newly elected CDCC Chairman, Honourable Camillo M. Gonsalves, who is the Minister of Finance, Economic Planning, Sustainable Development and Information and Communications Technology of Saint Vincent and the Grenadines.

Vice Chair Honourable Fahie will support the Chairman in advancing the CDCC’s agenda as the region grapples with the impact of COVID-19 and calls for international support and innovative solutions to get through the crisis.

Premier Fahie will also co-chair a proposed Summit of the Associate Members of ECLAC in 2021 to discuss their challenges, progress and needed support to implement the UN 2030 Sustainable Development Agenda that has been impacted by COVID-19 and other developments.

In a comment to the Department of Information and Public Relations following his election on the VI’s re-election as a Vice Chair of CDCC under his leadership, Premier Fahie thanked God for giving the VI an opportunity to serve the Caribbean in this capacity.

“I am humbled by our region’s confidence in me, and the BVI as an Associate Member Country of ECLAC, to serve as a Vice Chair of CDCC during these very challenging times in which we as SIDS are all combatting COVID-19, facing an active hurricane season and under intense economic pressure,” he said.

The Premier added, “I will assist the newly elected CDCC Chairman Honourable Camillo Gonsalves in any way that I can as we respond to the ongoing crisis.”

Premier Fahie also attended the virtually held 6th meeting of the Caribbean Development Roundtable (CDR) on September 10, 2020, in which he made official remarks to the August body.

In his statement, Honourable Fahie stressed the need for the Caribbean’s external partners to consider the vulnerability of Small Islands Developing States (SIDS) that remain at high risk from climate change.

“I genuinely hope that vulnerability will emerge as the leading criterion in determining assistance to SIDS, regardless of income level. The Organisation for Economic Co-operation and Development’s Official Development Assistance rules remain too rigid when it comes to eligibility for financial assistance after a catastrophic event such as we experienced in 2017,” the Premier said.

He also highlighted the importance of the international community recognising the compliance of the VI, and other small island jurisdictions, with international standards on tax, anti-money laundering and counter-terrorist financing as measures are considered within the UN framework on how countries can generate more fiscal resources to repair the economic and financial damage caused by COVID-19.

Ahead of meetings of the CDCC and CDR, Honourable Fahie in his capacity as Finance Minister, attended the United Nations virtual High-Level meeting of Finance Ministers on September 8, 2020, to discuss Financing for Development in the COVID-19 era.

Premier and Minister of Finance, Honourable Andrew A. Fahie (R1) has been elected on behalf of the [British] Virgin Islands (VI) to serve as a Vice Chair of the Caribbean Development and Cooperation Committee (CDCC), a subsidiary body of the United Nations Economic Commission for Latin America and the Caribbean (ECLAC).