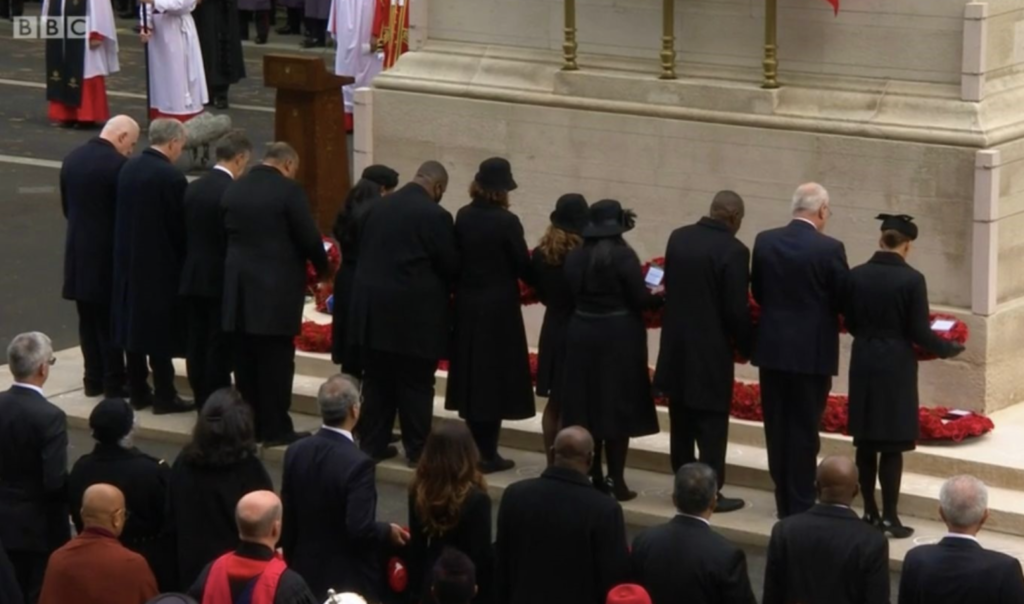 Premier Andrew Fahie laid a wreath at the United Kingdom’s Remembrance Sunday Service at the Cenotaph in London’s Whitehall on Sunday; becoming the first serving Premier to do so on behalf of the Virgin Islands.

The territory was first given the honour to lay a wreath in its own right back in 2019 when Interim Director and British Virgin Islands UK/EU (European Union) Representative Tracy Bradshaw was invited to lay a wreath at the remembrance service.

Speaking after the service for the armed forces, Fahie said he was honoured to pay tribute to the soldiers who unselfishly sacrificed themselves for the protection of the UK.

“I am humbled that my first official task upon arriving in the UK was to lay a wreath on behalf of the people of the Virgin Islands on this Remembrance Sunday and to pay tribute to the men and women of the Commonwealth, including the West Indies, who made the ultimate sacrifice during World War I. While laying the wreath, I remembered and gave thanks to those noble Virgin Islanders who are military veterans and had served in the armed forces with such courage. I was also honoured to lay the wreath alongside leaders from other overseas territories,” the Premier said

The Service of Remembrance commemorates members of the armed services who lost their lives in the line of duty. Interestingly, the first black soldier to win the Victoria Cross — the highest and most prestigious award of the British honours system — an award for valour in the face of an enemy, was Virgin Islander, Samuel Hodge back in 1866.

The Cenotaph is a war memorial on Whitehall in London, England and is the site of the annual National Service of Remembrance which was held at 11 am on Remembrance Sunday.

The Premier and Minister of Finance is currently in England to attend the annual Overseas Territories (OT) Joint Ministerial Council (JMC), the first in-person meeting since 2019 because of the coronavirus pandemic.

Fahie is expected to meet with the new Overseas Territories Minister Amanda Milling and other UK Ministers and OT Leaders to discuss priority areas for engagement and cooperation in the Virgin Islands.