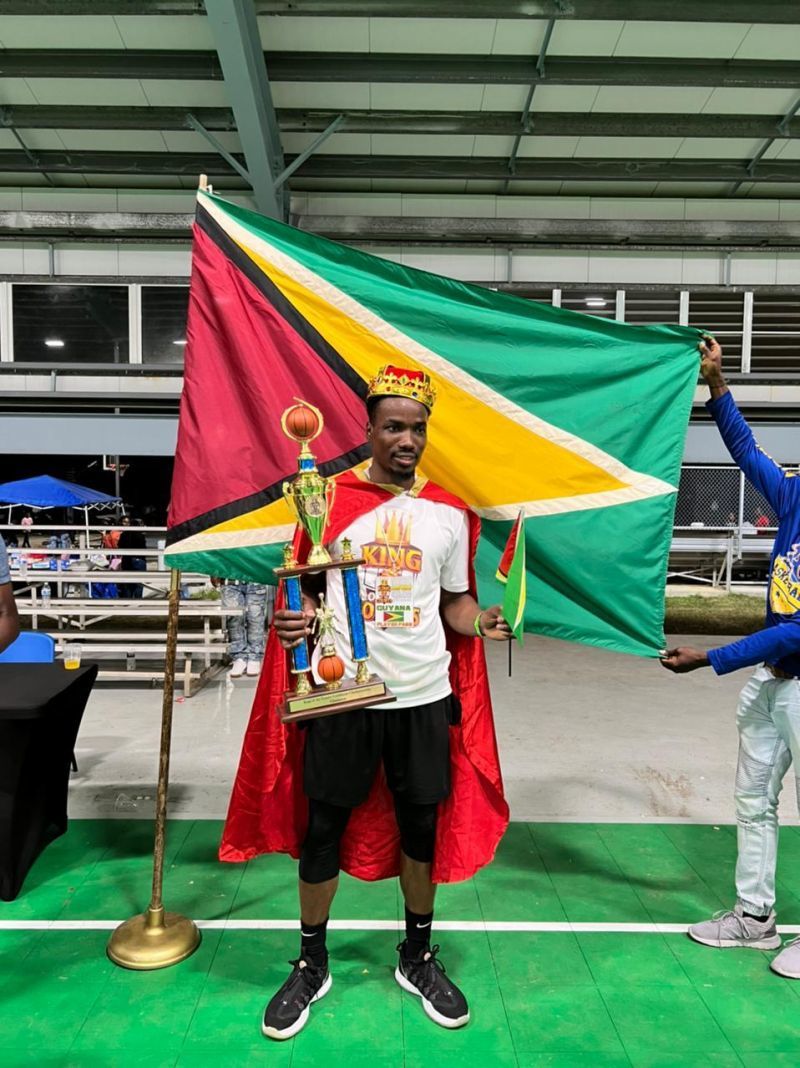 Guyana, through the talented and experienced basketball player Ray D. Victor, has won the inaugural Caribbean King of the Courts Championships held last night, April 2, 2022 at the Jeffrey Caines Arena on Virgin Gorda.

Victor defeated Tortola representative Jason A. Edwin in the final of the championships that saw competition from several Caribbean countries.

Victor represented Guyana as he is a player in the country's national senior team.

Meanwhile, the much hyped up Celebrity Shootout was called off. 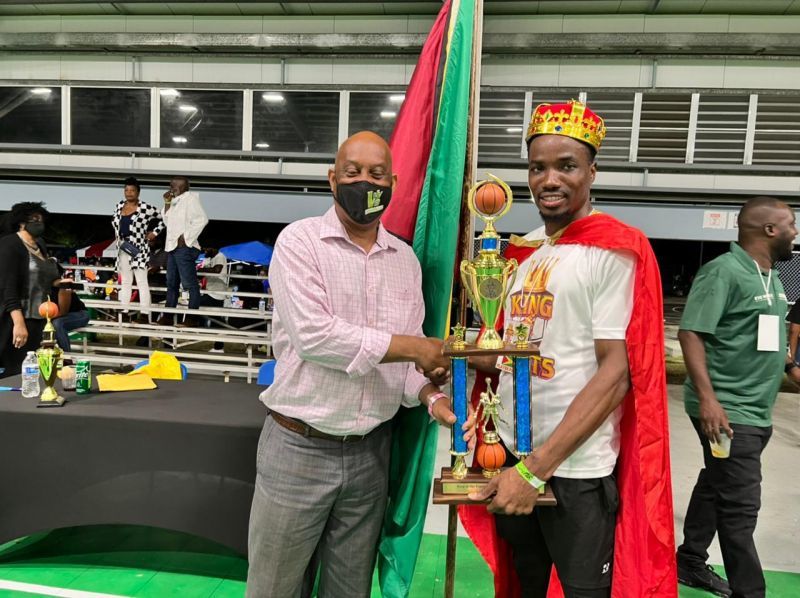 The inaugural winner of the Caribbean King of the Courts Championships, Ray D. Victor, right, is presented with his trophy by Ninth District Representative Hon Vincent O. Wheatley.