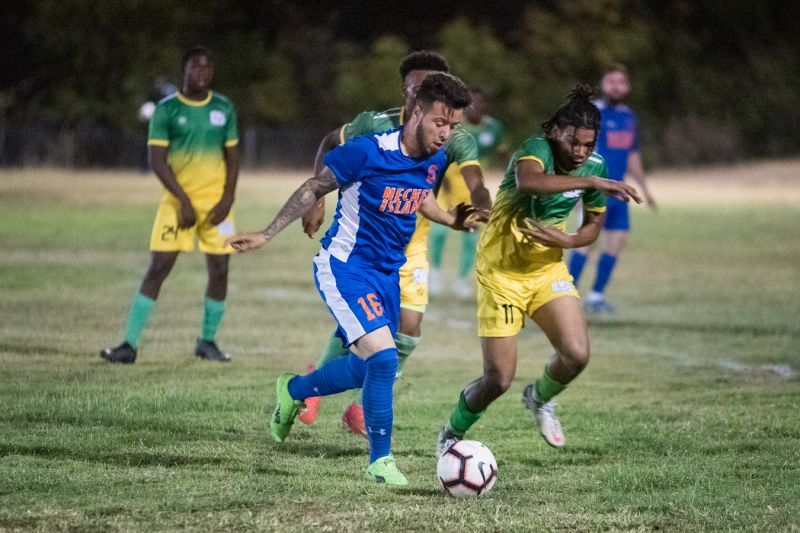 Rebels FC opened up a five-point gap on the Sugar Boys FC at the top of the BVI Football Association (BVIFA) National League with a thirteenth successive unbeaten game, beating Lion Heart FC 4-1 on Sunday, April 24, 2022.

National Youth and Senior squad members, Austin Prentice, Johari Lacey and Ikyjah Williams rushed Rebels into a 3-0 lead inside an hour and with Curtly Peters adding a fourth with 25 minutes still to go on the clock a rout was on the cards. However, Lion Heart rallied to stop the rot and scored a consolation goal in the 72nd minute.

“I must say we keep improving game after game. We could've score more than four goals easily, but I am humble that we received all three points against Lion heart. Both kyky and Curtley had a goal and an assist, with Johari and Jahmal 1 goal apiece. Our defense has been on point, led by Phil and Perry. Also, Webster and Captain Marlee. Jalen and EJ keep improving every game and I applaud all my guy’s, especially Clive, for putting that hard work for the past months. Now we look forward to the potential league decider on Sunday against the Sugar Boys. All roads lead to VG.”

The Sugar Boys were held 1-1 by VG United over on the Virgin Gorda Recreation Ground and will definitely view it as two points dropped after they held onto a 1-0 lead until the second minute of added time at the end of the game, when Deshawn Richardson fired home to cancel out Jorge Gonzalez’ opener from the 15th minute.

“The two teams were equally matched,” stated VG United Coach, Jermain Abrams, “and a draw ended up as a good result as we battled until the very end. The game did not live up to all the hype, but we feel good coming away with a point.”

In other games played, One Caribbean beat Old Madrid 2-1 in a bottom-of-the-table clash.

All the goals came in the first half as Adrian Padilla netted the winner in the 44th minute.

Earlier, Kelvin Glasgow had fired One Caribbean into the lead with a 5th-minute strike before Coy Robinson equalised in the 8th minute.

The win was a long-awaited one for One Caribbean and came as the club welcomed in a new executive.

The Panthers FC kept themselves in the title-chasing pack with a 2-0 victory against One Love FC as Wayne Phillips kept his scoring streak going with an 89th-minute goal that finally broke open a resolute One Love defense. Nigel Sanderson made sure of all three points, doubling the advantage in the 89th minute.

“It was a tough game, but we were able to finally able to capitalise on our chances. One Love caused us some problems but overall, we put in a good team performance against a competitive opponent,” noted Player/ Coach Phillips. 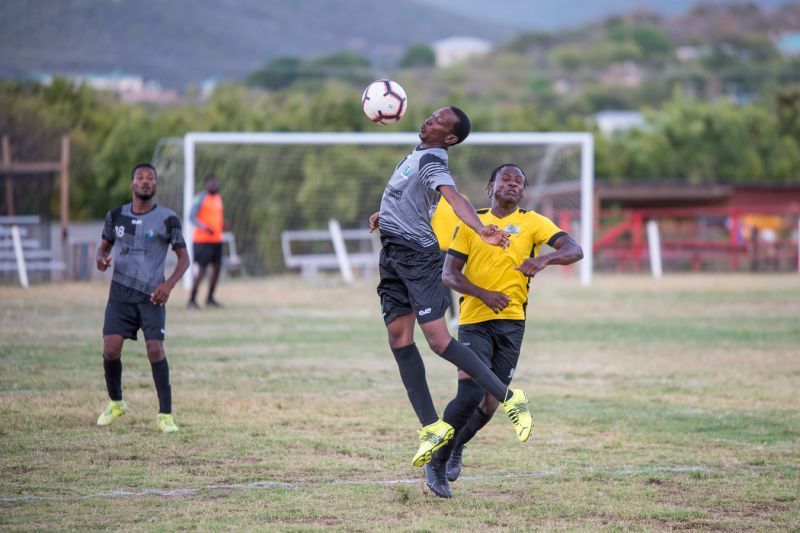 The Panthers FC (black & gray) kept themselves in the title chasing pack with a 2-0 victory against One Love FC on Sunday, April 24, 2022. 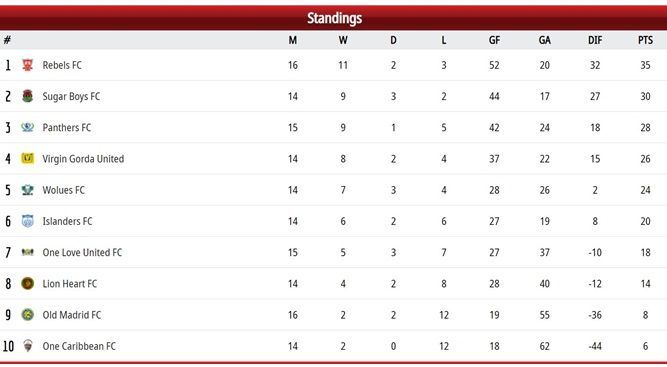 The latest points standings in the BVIFA National League.