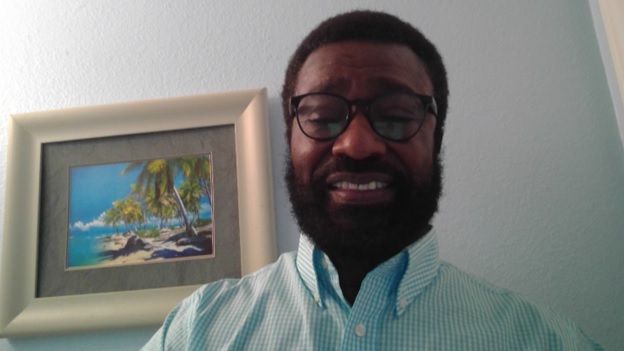 Reflecting, Preparing & Positioning for the Future

The Sankofa (word from the Akan tribe in Ghana) bird, a mythical African bird, flies forward while looking backward. Visually and symbolically, its posture signifies reflecting and understanding the past and preparing for the present while positioning for the future collectively.

The VI is in crisis, an existential situation, and in the most critical period in its history. Consequently, it requires robust, holistic, and cohesive collective, cooperative and collaborative reflecting, preparing (planning), and positioning as it resets its compass, charts, and plots a new direction by adopting perhaps the posture of the Sankofa bird.

The Virgin Islands (VI), a close and friendly neighbor of the United States Virgin Islands (USVI) and part of the Virgin Islands archipelago, is a small chain of islands (59 square miles, 36 islands) that were neglected and almost forgotten. The colonialists treated it as a little sleepy hollow, and poverty-stricken. In the post-Emancipation era, they bolted from the territory, supposedly quipping that the VI was only useful as a bird sanctuary. During the Age of Discovery and Exploration, the Spanish, French, Dutch, and English battled for supremacy over the VI; the English had had complete control of the VI since 1672. Under the English (UK), the VI cycled through the slave trade, slavery, colonialism, and political status as a colony, dependent territory, and now an overseas territory of the UK with some self-governing autonomy. The lack of and shortage of fundamental human rights, democratic practices, freedoms, availability of essential services, injustices, inequalities, etc., was commonplace.

Consequently, many warriors, i.e., Christopher Flemings, Theodolph Faulkner, Isacc Glanville "Glanny" Fonseca, Carlton de Castro, and Noel Lloyd/Positive Action Movement, among others, were motivated to advocate and agitate gallantly for and sacrifice much to fight for and improve the lives and livelihoods of Virgin Islanders. Their efforts were fruitful. For example, led by Theodolph Faulkner, The Great March of November 1949 resulted in a) the Legislature, suspended in 1901, reactivated in 1950, b) instituting a 1950 constitution, c) local Virgin Islanders permitted to vote directly for some representatives to the Legislature for the first time in 1950, d) universal suffrage 1954, etc. Other constitutional changes occurred in 1967, 1976, and 2007. The 1967 constitution ushered in ministerial government, providing a measure of self-governing. After the 1967 General Election, Hamilton Lavity Stout was appointed as the first Chief Minister.

Moreover, post the colonialists' flight out of the territory, leaving it as a bird sanctuary, the slaves and their descendants, lacking other opportunities, employed the land they acquired to develop a peasants' economy. They engage in livestock rearing, growing ground provision, other agricultural items, fishing, trading, and boat building. The local economy was a subsistence agricultural economy.

With the rollout of the ministerial government and a measure of self-governing and under the leadership of the late former Chief Minister H. Lavity Stout and other leaders, the economic, social, cultural, and political institutions improved and expanded. The economy transitioned from subsistence agriculture to a service-based economy---tourism and financial services, starting in the 1960s. The transition created new jobs, skill sets, and an increasing demand for skilled and unskilled labor; the shift required imported labor due to labor shortage. Today, it has one of the highest standards of living, quality of life, and per capita income in the Caribbean region.

The VI encountered some turbulence along the growth path from a little sleepy hollow and bird sanctuary to having one of the highest standards of living, quality of life, and per capita income in the Caribbean region. It stumbled and tumbled, twisting it sideways. The stumbles and tumbles adversely impact its social, economic, and political institutions. For example, its constitution is within a hair's breadth of being suspended, and direct rule imposed. The stone-cold truth is that the UK employed an order in council process and suspended its constitution. However, the suspended constitution is being held in abeyance like the Sword of Damocles over the head of the VI, pending the implementation of Sir Gary R. Hickinbottom's Commission of Inquiry (CoI)recommendations. The suspended constitution is being used as insurance to implement CoI recommendations. The VI's ship of state ran hard aground. What caused the grounding, and what actions will it take to float and free the ship?

`Seemingly, some causes that may have contributed to the VI ship running aground were a) lack of structured goals and objectives setting, b) less than robust planning, organising, and directing, c) inadequate procedures and policies development, implementation, and execution, d)inadequate oversight, e) prioritisation (David Allen: "You can do anything but not everything."), f) bureaucratic inertia and civil service management, g)elected officials' adherence to "collective responsibility," h) ineffective prioritisation of budget resources to attain maximum efficiency, i) pollical patronage and clientelism, j) low civic engagement, k) lack of a systematic creative destruction process, l) Westminster system flaws(separation of powers doctrine) and unique governing practices, m) too little engagement by the crown representative (referee), etc. The following statement may be a hash take for some voters, but voters must shoulder some of the blame for the ship running aground; voters must take a peek in the mirror. Eligible/registered voters vote to send representatives to the House of Assembly to represent them and have the responsibility to hold them accountable. It has the responsibility to hold them responsible not just for the few minutes it takes to vote every four years but also for the length of the term. The people, not others, must coalesce to float and free the ship. However, there is apparent division among the populace on the way forward. The people must avoid falling prey to the old, tried, and successful colonial strategies and tactics of divide and rule. Without unity, the ship will stay grounded. Too much is at stake to get riveted in playing the blame game- the territory's direction is at stake. It is time to set aside differences, get hitched to the wagon, and start pulling together with a common purpose.

Unity is strength. Kenyan Proverb: "Sticks in a bundle are unbreakable." Unknown:" Teamwork is the ability to work towards a common vision, the ability to direct individual accomplishments toward organisational objectives. It is the fuel that allows common people to obtain uncommon results." Every group needs a leader(s), and it is time for a leader to emerge to lead the charge. The VI is in a renewal mode; it is a new day, a renaissance, etc., so the new leader must bring a new mission, vision, value, and virtues; new approaches, ideas, tools, plans, etc., to build a sustainable, resilient path forward. Floating and freeing the ship of state will entail some creative destruction actions that may make some unhappy but are needed. Any new leader must get the buy-in of a majority of the PEOPLE, the key stakeholders, on their plan of action and milestones.

Moreover, like the Sankofa bird, the VI people must plan for the future while reflecting on the past. The VI stumbles and tumbles, incurring some failures, but it must lean forward and fail forward, learn from its failures, and capitalise on them. The VI recovering and getting back on track for a brighter tomorrow will require all its residents to work collectively, cooperatively, and collaboratively to steady the grounded ship. Chinese philosopher Lao Tzu: "If you don't change direction, you might end up where you are going."